By Shalmali Guttal
Bangalore, September 10, 2003. Over 35,000 farmers from across Karnataka State converged in Bangalore- -the state capital–today to protest the start of the Fifth Ministerial Meeting of the World Trade Organisation (WTO) in Cancun, Mexico. The rallying cry of the farmers was, “Either food and agriculture must be removed from the WTO, or India must quit the WTO.”
The rally was organised by the Karnataka State Farmers’ Association—Karnataka Rajya Ryota Sangha (KRRS) and joined by the Dalit Sangharsh Samithi (DSS) and representatives from the Tami Nadu Farmers’ Association. DSS members stood in front of the Mahatma Gandhi Park with nooses around their necks to bring attention to the alarming increase of farmers’ suicides in the state and chanted, “We must have justice.”

China’s Rise and its Increasing Role in Asia 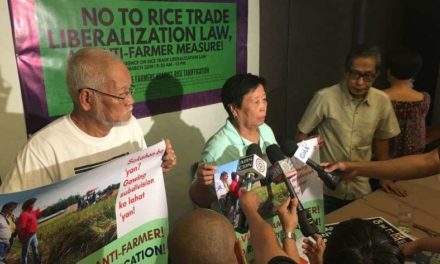 Prospects for Good Global Governance:The View from the South