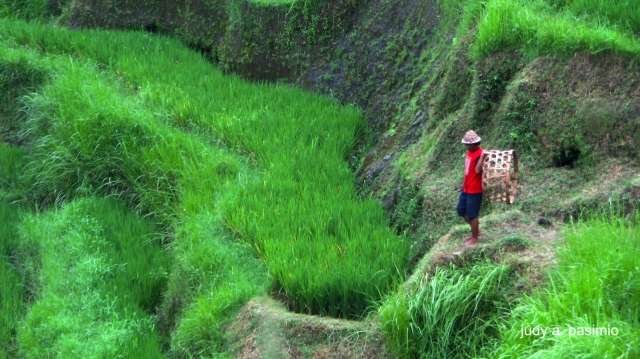 The Bali package is an agreement on a few elements of the Doha agenda that is expected to be delivered at the 9th Ministerial Conference in Bali.

While its inclusion in the agenda as one of the so called Singapore issues (with competition policy, government procurement and investments) had been highly contested—this was viewed as an expansion of the WTO’s reach beyond trade and even forced the collapse of the talks in Cancun—trade facilitation is back on the agenda and is now considered one of the deliverables in Bali. The proposal seems to generate the broadest support among Members. It is on top of the U.S. agenda for the Bali[i] meet and it’s a proposal that is being pushed as well by the business community.[ii]

For his part, new Director General Roberto Azevedo has consistently viewed a trade facilitation deal an important deliverable in Bali and as he expressed in India recently, it is something that could “help boost south-south cooperation and trade.”[v]

Trade facilitation became part of the Doha agenda in 2004 under (Annex D) the so called July Package agreed upon by Members in the lead up to the Hong Kong Ministerial.  The current negotiating mandate on trade facilitation contains two broad goals –to put in place measures that would further expedite trade; and to enhance technical assistance and support for capacity building in this area, recognizing the need for special and differential treatment (SDT).

There is also a strong reference to the fact that the mandate “conditioned implementation by developing countries and LDCs on the acquisition of financial, technical, and capacity building, based on the delivery of such assistance by developed countries Members of WTO.”[vii]

The U.S. position however on SDT is anchored on self assessment by developing countries of their implementation capacity and their refusal to bind their commitments on financial support for trade facilitation. According to USTR Michael Froman, “(U)nder a proposal first put forward by the United States four years ago and later taken up by many others, developing countries would be allowed to create their own individual implementation schedules. This is unprecedented. It is innovative trade policy.”[viii]

While estimates of the benefits of trade facilitation are floating around to the tune of billions of dollars, including reduced costs to trade estimated at around 10 percent for developed countries and as much as 14 percent for the developing , a missing component of the equation is the question of implementation costs for developing countries and LDCs.  Implementing new measures on trade facilitation would mean not only loss of revenues but would also entail additional costs associated with putting in place new regulations, setting up institutions, hiring new personnel, and purchasing new equipment and building infrastructure. All of these costs can run up to over U.S.D$100 million.[ix]

There are a number of key elements for a possible deal on agriculture under the Bali package. The most significant of which for developing countries and also the most contentious is the G33 proposal on public stockholding for food security being advanced strongly by India.  This proposal seeks to amend the Agreement on Agriculture  to allow  public stockholding programmes that are meant to support low-income and resource poor farmers  for food security purposes. Other elements of a possible provisional deal on agriculture include export competition, a longstanding commitment on the elimination of export subsidies (HK mandate is to eliminate by 2013), and a deal on tariff rate quota (TRQ) administration—or how imports within quotas can be shared among importers, a proposal of the G20 which includes provisions on special and differential treatment.

In May 2013, Nepal, on behalf of the LDC Group, made a formal submission for an LDC package for the Bali meet involving four areas, namely (1) implementation of the duty free-quota free market access decision (DFQF Decision) taken by Members at the Hong Kong Ministerial Conference in 2005; (2) preferential rules of origin; (3) cotton, and;  (4) operationalization of the LDC Services waiver.

The LDC package for the Bali meet gives the talks a veneer of a ‘development agenda’ ahead of the conclusion of the Doha (development) Round. In reality however, what the LDCs are in effect asking are things that have already been committed to them in the past. On DFQF for example, what LDCs hope to achieve is merely a decision to fully implement a commitment made eight years ago in Hong Kong to provide at duty free-quota free access for 97 percent of products originating from LDC countries.

On cotton, a very important sector for LDCs, what has been proposed by the LDC group, mindful of the general request for “reasonable and feasible” proposals for Bali, are amendments on two issues already reflected in a 2011 Draft Ministerial Declaration to update the standstill clause under the commercial component of cotton, and rewording of an item in the Declaration to allow for additional inputs and discussions on bridging the consultative mechanism for cotton and the Aid for Trade Undertaking.

In their formal submission to the trade negotiations committee, the LDC group recognized the efforts already undertaken to reform rules of origin in some developed countries to address this concern, but also pointed out that the “responses from preference-giving countries have  not been encouraging,”[x] despite the clear mandate  from Annex F of the Hong Kong Declaration which states that  “(D)eveloped-country Members shall, and developing-country Members declaring themselves in a position to do so should: (b) Ensure that preferential rules of origin applicable to imports from LDCs are transparent and simple, and contribute to facilitating market access.”[xi]

[x] Communication of Nepal on Behalf of the LDC Group on LDC package for Bali. Submitted to the trade negotiations committee 31 May 2013.

[xi] Communication of Nepal on Behalf of the LDC Group on LDC package for Bali. Submitted to the trade negotiations committee 31 May 2013. Addendum submitted September 2013.

Capitalism’s crisis and our response 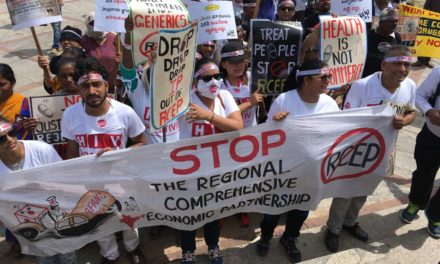