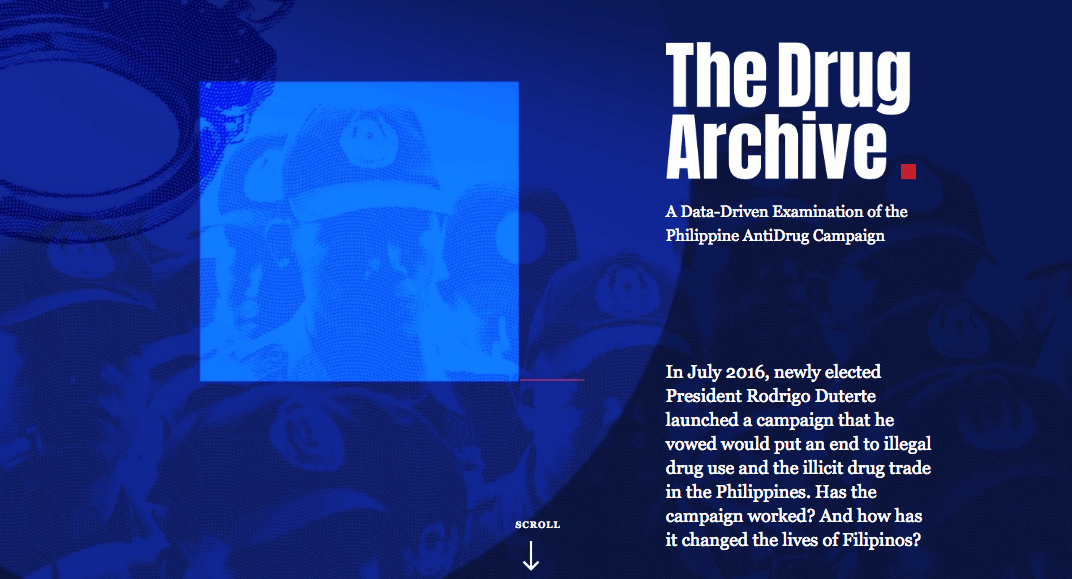 Manila—A research project team from the top universities in the Philippines launched last week of June the website https://www.drugarchive.ph/, which puts together its research on the government’s anti-drug campaign. The main purpose of the research was to gather data on those who were killed because of this policy (from May 2016, just before Mr. Duterte became president, to September 2017, more than a year after he started implementing  his war on drugs or Tokhang). The research was able to compile and document data from news reports.

The implications of this study for human rights defenders, scholars and researchers, and the public in general (the auditorium was standing-room only), could go beyond the statistics on deaths, where the killings happened, and how.  Such information in itself is urgently needed in a time when the data are hard to come by and the government is not willing to disclose them.  As the lead researchers said, there was no transparency on the part of law enforcement agencies, the police, who have been at the forefront of the policy’s implementation.

The research team mainly used news reports from different media outlets and platforms as source of data. If these were normal times—where there is freedom of information and government can be requested to give such information—media accounts shouldn’t be the main source for a research such as this. If these were normal times—that the public has faith in facts and the truth that can emerge from these facts—then media could still be perceived as a credible source of information. Though aware of the limitations, for the research team, media accounts were the next best source of data.

The researchers scoured articles that came out during the period covered, gathered data, and disaggregated them. They were able to cull and compile from these reports the number of people killed, where they were killed, which police station were therefore involved, the circumstances of the killings (whether these were resulting from police operations or killings by still unknown assailants). From these data, trends and patterns emerged that could prove critical to the public’s understanding of what’s happening based on evidence.

The first important implication of the study is from the methodology—that is, how to surmount lack of transparency from concerned government agencies; how to gather data and strengthen evidence building, so that the public will have a clear sense of how the war on drugs is being implemented and how this policy is affecting—costing—lives based on evidence and not on fake news, or not be limited to social media posts and comments.

Another implication is that of having been able to document the deaths. The number of deaths now hover from between 23,000 to 27,000, but often the sources of such figures could not be established.  There may really be close to 30,000 deaths now or even more, but it can be said that more than 5,000 have now been documented. This documentation may not be acceptable for the moment as evidence in court, but it can prove useful in future legal proceedings and processes, within the country or internationally, aimed at exacting accountability from those concerned. The importance of the documentation lies also in the interest of history; in the interest of ensuring that there are accounts, now in a data base and accessible, so that future generations may not forget and therefore not repeat these dark times that the deaths symbolize.

This research and the website are steps toward battling misinformation, the penchant for reliance on opinion and conjecture, the resistance to facts; and in the words of those who collaborated in this project, this is an endeavor aiming to “restore faith in facts, faith in truth.”

No justice, no good governance, no regionalism