Philippine civil society organizations (CSOs) bring to fore advocacies close to their heart—freedom of information as civil right, peoples’ right to health and access to medicines, access to water, climate justice, financial and trade issues, and the need to address the development gaps in Asean—on May 3 -5 at the 2011 Asean People’s Forum/Asean Civil Society Conference (APF/ACSC) in Jakarta, Indonesia.

The ACSC has been held annually since 2005 both as parallel event to the annual meeting of the member states of the Association of Southeast Asian Nations (Asean) and as distinct process that has allowed mass and community-based as well as civil society and advocacy organizations at the local, national and regional levels to gather, meet and address issues shared by member countries of Asean.  The aim is to call the attention of Asean governments to act on various social-political and economic issues affecting the region.  In 2009, Thai organizers used the term Asean People’s Forum (APF) in order to mobilize a broader range of Thai social movements and networks.  Since then the process has been called APF/ACSC. The first ACSC was held in Kuala Lumpur; the second, in Cebu in 2006; third, in Singapore in 2007; and fourth in Bangkok and Cha’am Cha’am, Thailand in 2009 as APF/ACSC; in 2010 it was held in Hanoi, Vietnam. The hosts this year are civil society and people’s organizations in Indonesia.

Considered the main events during the conference are the various workshops where the issues are debated, discussed and hoped to be resolved. Workshop organizations and facilitation are shared by national, local and regional organizations, depending on the issues/advocacies carried by the groups.  As seen in the list of workshops this year, Philippine CSOs and sector-based organizations, including national and those with regional character, are main organizers of the workshops on mining, water resources, protection of human rights, indigenous peoples and gender-based rights, social protection, alternative regionalism on finance, trade issues, climate change and climate justice, among others. There are 33 workshops in all falling under 15 different thematic clusters.

Focus on the Global South, a regional organization which has a Philippine programme, is one of the lead organizers of the workshops on freedom of information, climate change/justice, challenges to access to water, as well as alternative regionalism centering on the regional experiences on financial architectures.  Its partner European Union-Asean Free Trade Agreement Campaign Network (EU-Asean FTA Campaign Network) leads the discussions in the workshop on regional and international trade agreements.  For the civil liberties workshop on freedom of information, another Philippine-based group co-organizing is the Institute for Freedom of Information.  For the workshop on water, Jubilee South is a key partner. All these workshops are jointly organized with other Asean national and regional groups.

The workshops are not only focusing on national experiences but take on regional character, as various issues are shared by the Asean countries. The freedom of information workshop which is under the thematic cluster of civil liberties, for instance, aims “to build solidarity among Asean NGOs around the protection of civil liberties,” one of which is freedom of information and expression, and “to develop policy recommendations,” with the view of pushing for an Asean mechanism for information.

The workshop on water will tackle the issues and challenges of the public’s access to water resources, public management of these resources as opposed to commercialize and privatized, and the protection/sustenance of said water resources in Asia.  Meanwhile, as Asean comes closer to becoming an integrated economic region, questions are being raised as to the wisdom of such formation/economic mechanism and its potential effects not only on the economies but the citizens of the region as well. The main issue that will be interrogated in the workshop on Asean Policy Debate on Free Trade Agreements is how the regional economic integration project can narrow the development gaps in the region—or is it the answer to these gaps?

Global warming knows no borders, and thus discussion of solutions and mechanisms to address the climate crisis must reflect and integrate local, national, regional and international efforts.  The workshop on climate crisis and climate justice discusses and puts together these efforts, with the aim of coming up with policy recommendations for the Asean on the development of a mechanism for climate.

More than 1000 participants and speakers are expected by the Indonesian Organizing Committee.

The interface with Asean heads has also been a regular highlight of the APF/ACSC; it often takes place after the closing of the workshops and main conference. The process of choosing national representatives to the interface has not been without its share of ‘issues’. National CSOs choose their national representatives to the interface, and this year, they again made sure to maintain and guard the independence of said process, agreeing to allow Asean officials to be part of the process in as far as security and efficiency in interface conduct are concerned, and in order to promote the spirit of cooperation.  The Philippine groups have agreed to share with the Asean Desk of the Philippine Department of Foreign Affairs a shortlist of their nominated representatives to the interface. It is in the interface where members of civil society and people’s organizations present the Asean people’s demands and aspirations, and try to generate commitment for action from the states’ heads. This year’s awaited interface is on May 6.

As in all aspects of Asian life, the APF/ACSC has always been a colorful, interesting and fertile process—and maybe only because it hasn’t been without its share of challenges and ‘intrigues’. This one has the making of one such kind of gathering with the APF/ACSC fever palpable in discussions, meetings and preparations. 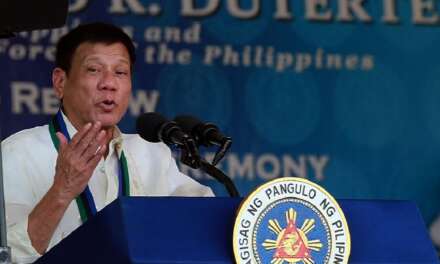