Citizens’ groups, people’s movements, socio-political activists from across India organised themselves to protest and force cancel the ‘civil society consultations’ of the World Bank Group in India. The World Bank has been conducting consultations for review and update of their environmental and social safeguards policies all over the world. The World Bank claims that these meetings “announced with as much advance notice as possible to facilitate informed participation from a diverse set of stakeholders”. In India, the three consultations were scheduled in Delhi (5th April), Bangalore (8th April) and Bhubaneshwar (10th April).

In Delhi and Bangalore, groups and individuals made their way into the consultations and raised objections to the way in which the WB has held the social and environmental safeguards review process. Holding placards and banners that read: “World Bank Quit India”, the demonstrators got the WB consultants and review team to call off and cancel the two consultations. In Bhubaneshwar, around 60 activists, including 10 affected persons from the IFC funded GMR Project, protested outside the Hotel Trident, the five star venue that hosted the consultation. Villagers affected by bank-funded projects were disallowed from participating and presenting their views in what is being advertised as ‘consultations with civil society’. While in Delhi and Bangalore WB could not do the consultation, the Bhubaneshwar one was shamelessly conducted under the shadow of police.

Once these ‘consultations’ are concluded, it is reported that the Bank will consider these areas, through internal dialogue, consultations, and a global series of dialogues with external experts, for reform. The core policies under review are the eight environmental and social safeguard policies namely Environmental Assessment, Natural Habitats, Pest Management, Indigenous Peoples, Physical Cultural Resources, Involuntary Resettlement, Forests, Safety of Dams – as well as the Policy on Piloting the Use of Borrower Systems for Environmental and Social Safeguards.

Experiences of groups and communities, engaging with these processes in last thirty odd years, to see genuine reform of the institution’s policies and possibly its democratisation, have been utterly disappointed. These ‘consultations’ are only used by the Bank to legitimise their destructive funding practices. When the bank continues to invest in coal fired thermal plants, mega dams and large hydropower projects, which are destroying lives, livelihoods and the natural environment, review of environmental & social safeguards is mere lip service. This round of consultations by the World Bank is facing protests in several other countries including Indonesia, Philippines, etc. for similar reasons.

If the World Bank is seriously concerned about the impacts of its investments, then the best test would have been to demonstrate sensitivity in their investments. In India, the International Finance Corporation (IFC), the Bank’s private sector lending arm, is complicit in massive human rights and environmental violations that form the basis of a majority of its investment. For instance, the IFC lending to Lafarge in Meghalaya, mortgaging tribal lands protected under the 6th Schedule of Indian Constitution, to do illegal mining activities had been exposed even in the Supreme Court of India. Similar is the case of the IFC financed the super-mega USD4 billion Tata-Mundra 4000 MW power project in the ecologically sensitive Kutch region of Gujarat. World Bank-funded big hydropower projects like Allain Duhangan and Rampur projects in Himachal Pradesh and mega coal projects like Tata Mundra have been registered to get millions of dollars as free doles under the fraudulent Clean Development Mechanism (CDM) scheme under the United Nations Framework Convention on Climate change. The massive coal based project will clearly accentuate global warming emissions while the big hydro projects are neither clean nor sustainable. The World Bank has further endorsed such environmental crimes by offering a USD 1 billion loan to the Fifth Power System Development Project, which essentially is a transmission line for huge coal based thermal power plants including Tata-Mundra, Reliance-Sasan Power and Reliance-Krishnapatnam Power. By participating in such a manner, the Bank conveniently escapes blame for the disaster and yet benefits from financing ‘development projects’.

It is clear that the World Bank is in no way doing anything different from what has been done in past decades. Many such reviews have been conducted and thousands of groups and individuals have participated in the hope of seeing genuine reform of the institution’s policies and possibly its democratization, only to be utterly disappointed. The current exercise, therefore, is yet another charade to mask the true intentions of its major shareholders: France, Germany, Japan, the United Kingdom and the United States, who is grappling with serious economic downturns and is conveniently using the Bank to force open global investment opportunities with scant regard to environmental and social impacts.

The World Bank’s Policy on Piloting the Use of Borrower Systems for Environmental and Social Safeguards has in the past decade been a mantra to pave the way for promoting investment at any cost. Over a decade ago the World Bank funded the Indian Ministry of Environment and Forests’ Environmental Management Capacity Building Project. The result was a massive dilution of India’s environmental and social safeguard norms. The resultant processes gave voice to those within the administration and industry who were crying hoarse that the carefully evolved rigour of “forest” and “environmental” clearance standards in India was thwarting economic growth. Now again the Bank is offering to lend USD 1 Billion for the Ganga Action Plan following the same infrastructure-centered, governance-ignoring model that has failed over the last 25 years, while at the same time funding river-destroying hydropower projects like the Vishnugad Pipalkoti project upstream. The Bank’s funding to the Tehri Hydro Development Corporation has been challenged before the World Bank’s own Inspection Panel, but the Bank is indulging in propaganda against the critics rather than withdrawing from the project. None of the affected people from any other ongoing or past Bank funded project or groups working with them have been invited to these consultations.

Even if one is to assume for a moment that the current exercise of ‘consultations’ is a genuine effort of the World Bank to consult stakeholders, the documents accessed on the range and depth of these ‘consultations’ reveal that they are highly segregated and sectoral. Moreover, participants have been carefully selected and largely include only those who may say what the Bank wants to hear. There is nothing public about such exercises, held, as they normally are, in highly secure 5 Star hotels in capitals around the world, with little or no prior information to the public. Further, World Bank officials typically ‘consult’ bureaucrats and do not engage with Legislators or Parliamentarians.

The best indicator of the shallowness of this exercise is evident since the communities grievously hurt and suffering from the Bank’s lending and investment policies are not invited to these consultations. As a matter of fact, looking at things globally, the only complaint that the IFC’s Compliance Advisor/ Ombudsman has processed for Compliance Audit against a Financial Intermediary lending is from a project in India: IFC lending to IDFC and IIF, which in turn used that money to fund a destructive thermal power project of the notorious GMR Energy. Despite a formal complaint pending review against this investment, the Bank, its bureaucracy and consultants, have not invited the complainants and affected communities to the current ‘consultation’ process, thus revealing the sham and mockery that the current review mechanism is!

It took peoples’ movements, grassroots networks and allied organisations across the world more than 30 years to pressurize the World Bank Group to formulate and have in place mechanisms that would safeguard social-environmental-cultural-traditional interests of communities affected by the Bank’s financing of so-called ‘Development projects.’ However, it took the World Bank Group only one stroke of destructive imagination to bring in the new model of ‘Financial Intermediary Lending’ that wiped out all mandatory requirements posed by environmental and social safeguard principles on lending, as ‘Intermediaries’ are not bound by such standards. At a time when the FI model of lending in India by the IFC and the World Bank at large are expected to cross the halfway mark of their collective investments, it does not make any sense at all for the World Bank to be holding reviews of their environmental and social safeguards; they simply do not matter at all to the actual practice of the World Bank group’s member agencies.

The current ‘consultations’ are a complete sham and must be denounced by anyone genuinely committed to the principle of Free, Prior and Informed Consent (FPIC), climate justice, sustainable development through democratic decision-making and the Principle of Intergenerational Equity. 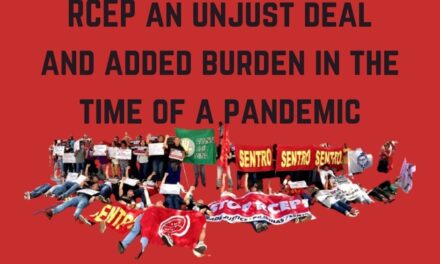