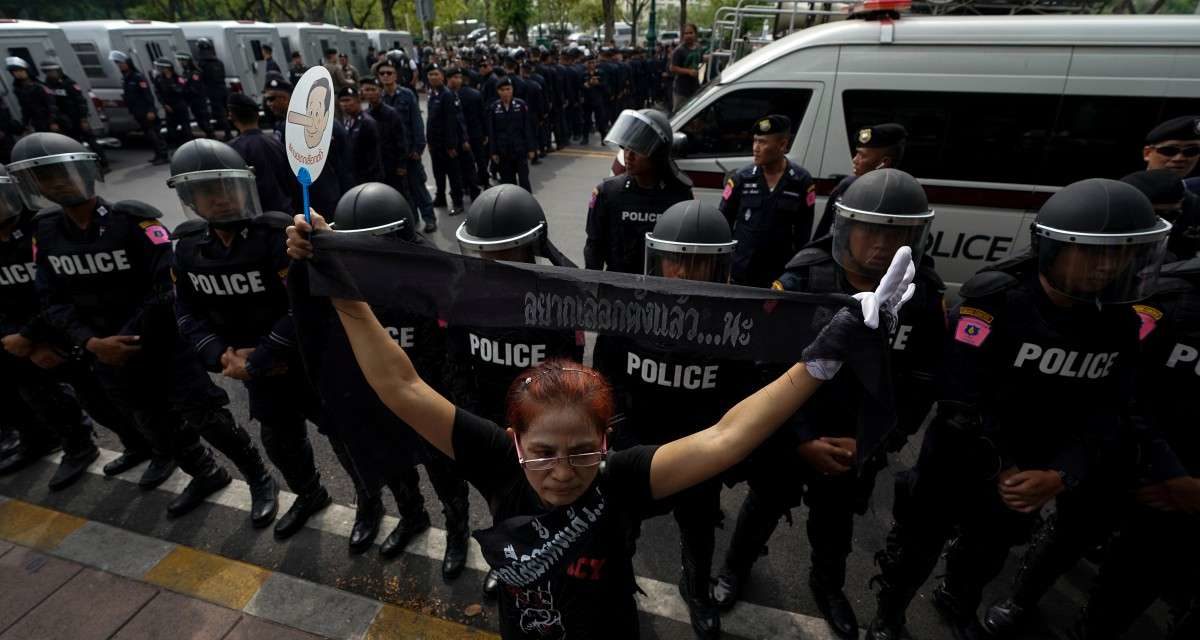 On 22 May 2018, about 500 citizens of Thailand gathered at Thammasat University in Bangkok and marched peacefully towards Government House, demanding an end to martial law and return to democratization and civilian rule, starting with elections by the end of 2018.

The date of the march—22 May—is significant since it was on this date in 2014 that the Thai military took control of the country through a military coup, in a proclaimed bid to restore political stability to the country. Despite claims over the past four years that it will return democratic rule, the military regime—the National Council for Peace and Order (NCPO)–has not provided a clear timeline for this, and repeatedly delayed general elections.

The demonstration on 22 May was dispersed after some core leaders of the march were arrested by the Royal Thai Police and others voluntarily surrendered to the police to avoid violence. Some other leaders were prevented by the police from even reaching the gathering. The leaders of the group organizing the assembly and march “Individuals Who Want Elections,” showed tremendous maturity and responsibility in the way they conducted themselves and de-escalated tensions between the marchers and the police.

The pro-democracy activists were charged with several offences including sedition, being part of a gathering of more than nine persons that have either caused or threatened to use violence, disobeying orders to disperse by the authorities, and for obstructing traffic. Sedition itself carries a long prison sentence, and taken together, they could be incarcerated for a long time for simply asserting their rights as Thai citizens.

We, Focus on The Global South, join the Office of the United Nations High Commissioner for Human Rights (OHCHR), the ASEAN Parliamentarians for Human Rights (APHR), Human Rights Watch (HRW) and many others, in urging the Thai Government to drop all charges against them and let them go free.

We further respectfully call on the Thai Government to ensure that all Thai citizens have the right to peacefully demonstrate and express their political views.

Picture: A pro-democracy marcher stands in front of riot police officers during a protest to demand that the military government hold a general election by November, in Bangkok, Thailand, May 22, 2018. Source: Reuters

FTA Watch’s Statement: In support of Korean people’s struggle against the Korea-US FTA 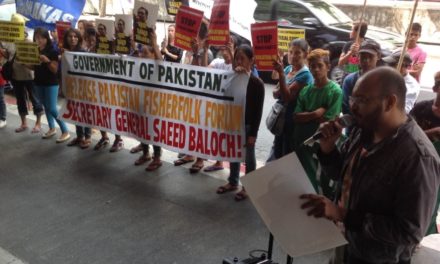 FREE SAEED BALOCH! Groups in the Philippines join the call for the immediate release of detained Pakistani activist