It is a rare occasion that both the ASEAN Chair and the ASEAN Secretary-General sit down to dialogue with hundreds of civil society representatives, and expectations were understandably high. However, it was a surprise that it was Secretary-General Surin Pitsuwan who caused consternation by his responses to matters raised at the ASEAN Civil Society Conference dialogue session on the weekend.

Mr. Gus Miclat, Executive Director of Initiatives for International Dialogue said: “We welcome his recognition of the ASEAN Civil Society Conference as an opening to dialogue but we don’t welcome his shifting of the blame to civil society if ASEAN fails. Dr Surin urged us to push our agenda with our national governments, but failed to recognize that the main problem is what happens to ASEAN people when they try to engage repressive governments. Civil society groups that have tried to engage their governments on ASEAN Charter-related issues such as human rights and democracy have been subjected to serious and even brutal retaliation in member states such as Burma, Laos, and even the Philippines.”

Mr. Yap Swee Seng, Executive Director of the Asian Forum for Human Rights and Development (FORUM-ASIA) said: “We commend the effort of Dr Surin to engage with the civil society and open up space in participating in the ASEAN process. The dialogue of civil society with the Secretary-General and the ASEAN Chair is a positive development and an important precedent that should be replicated in other countries. This form of engagement however should be improved and strengthened and we call on Surin to ensure the institutionalization of these process.

“The right of civil society to participate in ASEAN processes should be respected. We regret that this right has not been coded into the ASEAN Charter. We urge Surin to ensure that the coming terms of reference of ASEAN human rights body will uphold this fundamental principle to enable civil society to participate in ASEAN meetings at various levels and not only confining to the short and symbolic meeting with the leaders. Access of information related to ASEAN by civil society should also be protected and coded for meaningful consultation and participation. We therefore welcome the statement of Surin implying that the terms of reference would be made public in the end of the month,” said Mr Yap.

However trade activists were less complimentary: “The way with which ASEAN Secretary-General Surin dismissed our calls to stop EU-ASEAN FTA and institute a more participatory negotiation process revealed not only ASEAN’s lack of political will to veer away from a discredited neoliberal model of trade and economic development, but also tragically exposes our leaders’ lack of imagination. ASEAN leaders should instead be moving forward on alternative economic and development policies that put ASEAN peoples’ welfare and interests at their core”, asserted Mr. Jacques-Chai Chomthongdi of Thailand’s FTA-Watch. FTA-Watch is a Thai national focal organization of the region-wide EU-ASEAN FTA Campaign Network.

Indigenous peoples’ groups were no less riled by Surin, who said they “should wait” and that the indigenous peoples’ issues came about as an offshoot of globalization. Visibly upset by the comments was Ms. Mary Ann Manja M. Bayang, National Coordinator of the Indigenous Peoples Rights Monitor who expressed frustration that Surin had failed to acknowledge the decades-long struggle of indigenous peoples. She declared: “ASEAN is homeland to one of the greatest diversity of peoples in the world, hosting two thirds of the world’s indigenous peoples, who have worked for decades to gain recognition. The secretary general’s comments ridicule the nine ASEAN countries who signed the UN Declaration on Indigenous Peoples (UNDRIP). ASEAN officials should do their homework on this, implement the provisions of the UNDRIP, and recognize indigenous peoples’ rights to engage ASEAN processes.”

Speaking on behalf of the Women’s Caucus for an ASEAN Human Rights Body, Ms. Wathshlah G. Naidu expressed disappointment over Surin’s failure to respond to the request for a timeline for establishment, mandate and status of the proposed ASEAN Commission on the Protection and Promotion of the Rights of Women and Children (ACWC). “We are deeply concerned that the ASEAN Charter does not specifically address human rights of women, children and other marginalized and vulnerable groups and communities. Therefore it is imperative that the ASEAN human rights body (AHRB) and the ACWC reflect international human rights standards of substantive equality and non-discrimination, especially as enshrined in the Convention on the Elimination of All Forms of Discrimination against Women (CEDAW). We look forward to guarantee from the ASEAN Secretary-General that there will be full participation and equal representation of women at all stages in the process of drafting to final adoption of the AHRB and ACWC as well as within all institutional structures of ASEAN.”

The activists emphasized that their comments were not meant to be an attack on Surin. “We will continue to engage him and other officials of ASEAN and its members even as we will continue to assert and express our aspirations and issues in all possible venues and domains; we will criticize him and the others as we welcome feedback and criticism of our own work and methodologies. We do this in the spirit of dialogue and partnership, but more so in the spirit of forwarding the dreams and desires of the peoples of ASEAN to whom we are all ultimately accountable,” emphasized Gus Miclat.

Conference reports of the ASEAN Peoples’ Forum and ASEAN Civil Society Conference are at www.apf2008.org 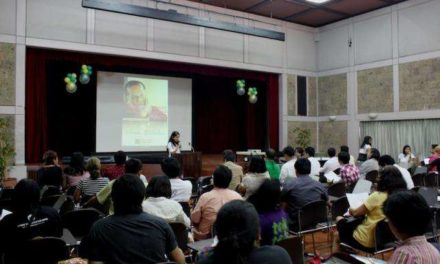 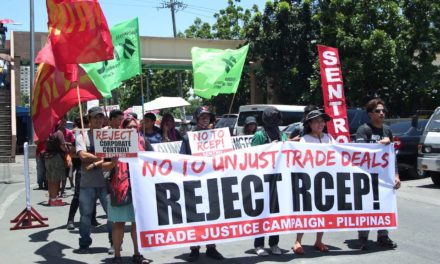