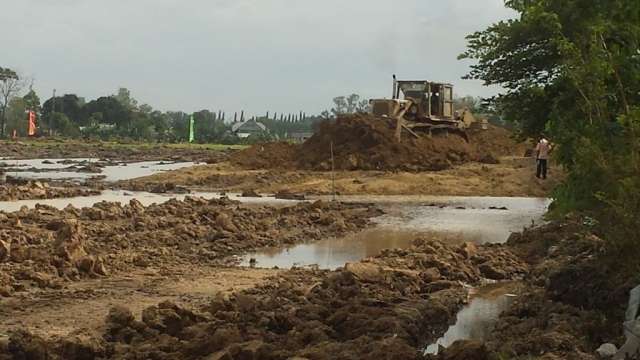 Tadeo was the sole farmer representative to the 1986 Constitutional Commission, where he was instrumental in enshrining a series of historic land reform provisions in the 1987 Constitution.

At present, Tadeo serves as a farmer representative to the Presidential Agrarian Reform Council, the highest policy-making body on agrarian reform.

“In Baranggay Culianin in Plaridel, about 12.47 hectares of agricultural land are already being converted to an alleged socialized housing subdivision called ‘Lumina Plaridel.’ But the agricultural lands which are now being bulldozed are fully irrigated by the main irrigation canal of Talampas, Bustos, Bulacan,” said Tadeo.

“I am alarmed at this development because my own small farm of 7,000 square meters will be affected. Along with me, the small farmers of Barangay Culianin are opposing this illegal conversion since Section 65 of the Republic Act 9700 or the Comprehensive Agrarian Reform Program Extension with Reforms (CARPER), has strictly prohibited the land use conversion of all irrigated and irrigable agricultural lands,” Tadeo added.

Lumina Plaridel is the first project of Lumina Homes, Inc., the newest housing brand of former Senator Manuel Villar’s real estate empire. It is presently is being marketed by Vista Land International, the international marketing arm of Vista Land and Lifescapes Inc.

According to Tadeo, Lumina Homes already began land conversion activities with bulldozers and other heavy equipment in the area last January 21, 2014. This even while DAR— the main agency mandated to review conversions of agricultural lands— has yet to review the subdivision developer’s application for land conversion.

Even worse, the ongoing land use conversions are starting block the irrigation and water flow to other farmlands, depriving 12 farmers of irrigation during the dry season, while submerging the lands of yet another 45 small farmers come the rainy season from July to October.

“Lumina Homes is clearly violating the law and must be held criminally liable by DAR,” he asserted. “Once the construction of Lumina Plaridel goes into full swing, almost all agricultural lands in Brgy. Culianin will be disrupted, affecting 85% of the community’s residents.”

Ironically, the agricultural land being illegally converted by the Villar-led Lumina Homes was among the first land parcels distributed under Republic Act 3844 or the Agricultural Land Reform Code of former President Diosdado Mapacagal in 1963.

The illegal land use conversion episode, however, is just the latest in a growing list of cases documented by SARA throughout the Philippines.

For instance, in a 2013 report, “The State of Agrarian Reform under President Benigno Aquino III,” SARA and Focus on the Global South-Philippines discovered that at least 28,841.84 hectares of land and 2,984 agrarian reform beneficiaries in Luzon have been affected by land use conversion and exemptions.

Across the Philippines, illegal land use conversions are threatening the national food security situation, as well as the livelihoods of thousands of farmers.

Despite the country’s growing population of 97 million people, agricultural lands for planting rice are fast decreasing. In 2013, there were only 2.8 million hectares of agricultural rice lands remaining, 1.5 million of which are irrigated rice lands, while the remaining are rain-fed. 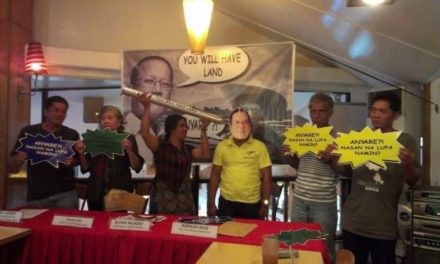 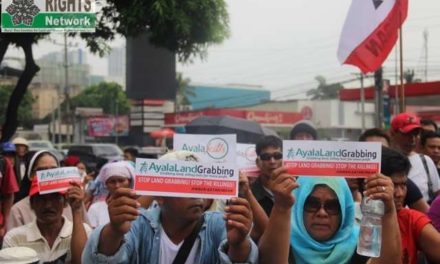 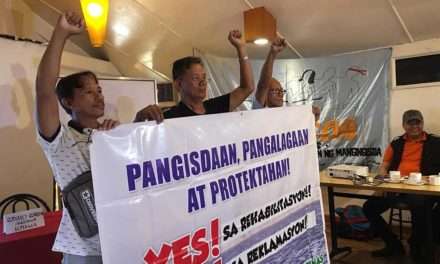