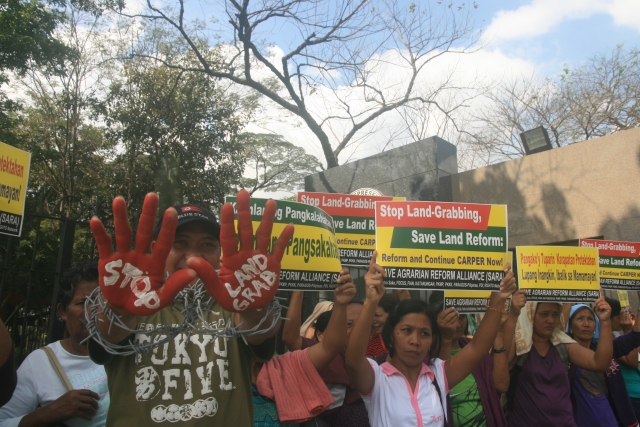 Amid growing unrest over the Department of Agrarian (DAR)’s performance, legislators and farmers today challenged DAR’s recent claim that its land acquisition and distribution (LAD) component has been “fast-tracked” since 2012, and is well on its way to issuing Notices-of-Coverage (NOC’s) for all lands targeted for distribution by June 30, 2014.

Contrary to the agency’s assertions, farmer-leaders from the Save Agrarian Reform Alliance (SARA) have found that land reform in the Aquino administration has been executed at a snail’s pace, having been marked by a consistent failure to meet annual distribution targets.

Even worse is the finding of solons that the gains of past decades of agrarian reform are now being reversed across the country, with the past years witnessing an increasing trend of human rights violations against actual and prospective agrarian reform beneficiaries.

“In its latest media releases, DAR has not been objective about its performance. It has not making greater strides towards the completion of the land reform program, but has, in fact, almost left it at a standstill,” said Jaime Tadeo, SARA spokesperson.

Tadeo’s sentiments were shared by pro-farmer legislators such as Reps. Walden Bello and Barry Gutierrez of Akbayan and Rep. Arlene ‘Kaka’ Bag-ao of Dinagat Islands.

Reps. Bello, Gutierrez and Bag-ao earlier filed House Resolution 382, which directs the Committee on Agrarian Reform at the House of Representatives to conduct an inquiry on the status of CARPER under Sec. Virgilio delos Reyes.

“Time is almost out for DAR to complete the distribution of backlogged lands,” said Bello. “DAR figures themselves show that the agency only managed to distribute an average of 103,732 hectares per year, when it should have been 320,242 hectares annually. The fact is that the present DAR has had the worst distribution record of the past five administrations.”

“Even more alarming is that there is a vicious counteroffensive against the land reform program that is now unfolding,” Bello asserted. “In many parts of the country, more and more revocations of beneficiaries’ titles are occurring, the most well-known of which are in Quezon.”

According to Bello, between 2012 and 2013, there was a 4.6 percent increase in the number of cases filed at the Agrarian Reform Adjudication Board, while numerous reports have surfaced of farmers being evicted, harassed, intimidated and killed by landlords and hired goons.

One such example cited by SARA was the case of farmers from Brgy. Sumalo in Hermosa, Bataan, where homes in the communities have been illegally demolished, and farmers have been forcibly barred from entering their farmlands by the security guards hired by claimant James Litton— a resident of Forbes Park subdivision.

Despite being informed by Brgy. Sumalo residents of ongoing harassments and evictions taking place in their community, through a two-month camp outside the DAR central office last 2012, the agency’s response to the violations has been that of inaction.

“The truth of DAR’s performance in 2014 is that the agrarian reform program is experiencing a slow death,” said Tadeo. “Rather than being ‘fast-tracked’, land distribution has been slowed down. Rather than being protected, the rights of farmers are being allowed by DAR to be routinely violated by landlords.”

“The leadership of DAR must be overhauled, starting with the replacement of the ineffective Sec. Virgilio de los Reyes. Only then can DAR begin fulfilling its mandate,” Tadeo said. 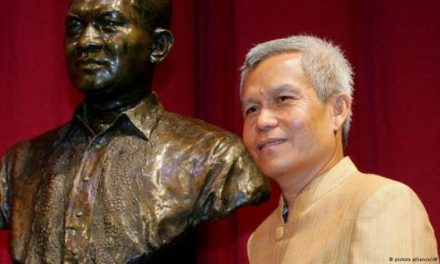 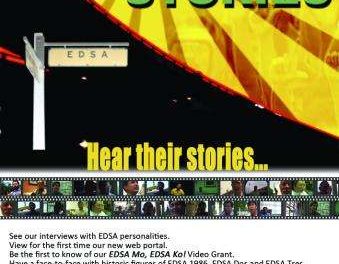