by Walden Bello, in The Nation Newspaper, 25 January, 1998, Bangkok, Thailand

Debate on the pros and cons of the agency’s austere demands has missed the point.

The International Monetary Fund (IMF) has been getting a much worse press than usual these days. It has certainly dropped into the role of the institution-you-love-to-hate-most that was once filled, during the Cold War, by the US Central Intelligence Agency (CIA).

Even some of its old allies appear to have deserted it. Harvard’s Jeffrey Sachs, who had an image of trying to out-IMF the IMF when he advocated free-market shock therapy for Eastern Europe in the early 1990s, is now singing a different tune. Joining Sachs in questioning the fund’s prescriptions for the Asian financial crisis are said to be key officers of the World Bank, including, reportedly, its chief economist, Joseph Steiglitz.

Sachs and other critics point out that the IMF programme of squeezing government budgets is the wrong prescription at the wrong time. The financial crisis, they say, has not been brought about by government profligacy. In fact, governments in Southeast Asia have been running either surpluses or small budget deficits.

It is the private sector that has gone off the edge with massive overborrowing and irresponsible investments. Indeed, not only would squeezing government be prescribing the wrong cure, it would also worsen the situation by killing off the remaining active stimulus in these economies: government capital expenditures.

Other critics of the IMF are worried that tax money is being used to bail out big Northern banks and financial institutions that had loaned to private banks and enterprises in East Asia.

To them, what is happening now in East Asia is a replay of the debt crisis of the 1980s, when the fund recycled public funds through indebted southern governments to the coffers of Citibank, Chase Manhattan and other heavily exposed Northern banks, then squeezed the peoples of the South to repay the fund.

In an interesting coincidence of otherwise different agendas, both the political right and political left in the US Congress argue that the big banks should take the market’s penalties for making the wrong decisions and the two are moving toward a tactical alliance to stop ”socialism for the rich” by refusing to grant President Bill Clinton’s request for a bigger US contribution to the fund.

Both critiques of the IMF are right but they miss the more important point about the fund, say a third group of critics. Sachs is naive if he thinks he can get the fund to agree to an appropriate cure to Asia’s illness, they say, for IMF programmes were, in fact, never meant to restore ”sick economies” to health. And while the fund’s programmes have certainly bailed out the big Northern banks time and again, they have a strategic goal that goes beyond this.

In this view, with which this commentator agrees, the fund’s current approach toward East Asia is merely a continuation of its policies since the early eighties, when, together with the World Bank, it imposed programmes of ”structural adjustment” on over 70 Third World countries.

Taking advantage of the tremendous indebtedness of these countries to Northern commercial banks, the fund released money to allow these countries to service their debts only on condition that they accepted programmes of radical liberalisation, deregulation and privatisation, pushing structural adjustment through finance ministries that became its virtual appendagas.

The Fund substantially transformed the economies in Latin America and Africa in a free-market direction, but it also presided over a decade of economic stagnation from which these countries have never really freed themselves.

Central to the approach of the IMF has been the interests of its most powerful member, the United States. Ever since the advent of the Reagan administration in the mid-eighties, the foreign economic policy of the United States has been to aggressively promote US trade and investment globally.

And the main thrust of this process was to remove those obstacles, such as protectionism, government regulation and subsidisation of local producers, that made the globe an ”uneven playing field” that handicapped market-oriented US enterprises.

A zone of special concern for US firms was East Asia, where nearly two decades of rapid growth had created prosperous middle class markets which American goods found difficult to penetrate even as cheap subsidised Asian goods flooded the US.

In the early eighties, however, as in Latin America, the conjunction of the debt crisis and global recession created the same opportunity for the US and the IMF to impose structural adjustment of the East Asian economies. From Korea to Indonesia, governments reluctantly agreed to structural adjustment programmes that sought not only to stabilise the external accounts of these countries in the short term but also to transform them in the long term along free-market lines.

By the late eighties, however, and World Bank-imposed structural adjustment had ground to a halt in most of Southeast Asia. The reason: the Plaza Accord of 1985, which drastically raised the value of the yen relative to the dollar in order to relieve the US trade deficit with Japan.

By forcing Japanese corporations to relocate many of their manufacturing operations to cheap labour areas in Southeast Asia, this agreement promoted a massive inflow of Japanese capital into the region during the same period — the late eighties — that Latin American and Africa were being boycotted by northern capital.

Seeing that they did not need IMF approval to gain access to global capital, Asian governments maintained their structures of trade and investment protectionism and state-assisted capitalism, though they did liberalise their financial sectors to attract footloose portfolio investments.

The US, however, stepped up its campaign to open up the Asian economies in the late eighties and early 1990s. But with structural adjustment programmes becoming ineffective, Washington relied on other mechanisms, foremost of which were a harsh unilateralist trade campaign employing the threat of trade retaliation to open up markets and stop unauthorised use of US high technologies; a drive to create an Apec free trade area with a comprehensive liberalisation programme leading to borderless trade among 18 countries; and a strong push on the Asian countries to implement the Gatt Uruguay Round agreements that eliminated trade quotas, reduced tariffs, banned the use of trade policy for industrialisation purposes, and opened up agricultural markets.

Prior to the onset of the financial crisis in mid-1997, however, the liberalisation drive had brought meager results, except perhaps in the case of South Korea, whose trade surplus with the US had been turned into a deficit by a harsh many-sided offensive that bordered on trade war. But even this development did not change the US Trade Representative’s Office assessment of Korea as one of the world’s most protected economies in terms of trade and investment.

As for the Southeast Asian economies, the assessment in Washington was that while they might have liberalised their capital accounts and financial sectors, they remained highly protected when it came to trade and were dangerously flirting with ”trade distorting” exercises in industrial policy like Malaysia’s national car project, the Proton Saga, or Indonesia’s drive to set up a passenger aircraft industry.

Thus, with the onset of the financial crisis in mid-July of last year, a golden opportunity to complete the programme of radical free market transformation that stalled 10 years ago has opened up, and Washington has turned once more to the IMF as the main instrument of its design for the region.

From this perspective, the central element of the IMF programmes for Thailand, Indonesia and Korea is not the cutback in government spending nor the bailout of the banks but the drastic rollback of the trade and investment protectionism and activist state intervention that were the key ingredients of the ”Asian miracle”.

The IMF, for instance, has gotten Thai authorities to agree to the removal of all limitations on foreign ownership of financial firms and is pushing the government hard to enact even more liberal foreign investment legislation that would allow foreigners to own land, a practise that has long been taboo in that country.

Even before it sought the help of the IMF in August, Jakarta abolished a 49 per cent limit on shares in publicly listed companies owned by foreigners. Moreover, in the most recent renegotiation of the IMF accord with Indonesia, the most prominent feature is the virtual abandonment of Indonesia’s attempts at strategic industrial policy: the ”national car project” that has upset Detroit and Tokyo and the plan to manufacture indigenously designed passenger jets that has worried Boeing.

In Korea, the centrepiece of the agreement with the fund is Seoul’s assenting to the IMF demand that foreign investors be allowed to own up to 55 per cent of the equity of Korean firms — a figure that some advisers to recently elected President Kim Dae-jung are now said to favour raising to 100 per cent.

The IMF has always been an unpopular figure in the Third World. But never has its connection to its principal ”stockholder” been displayed as prominently as it is today, when the words of wisdom coming from US Treasury Secretary Robert Rubin and IMF managing director Michel Camdessus have become virtually indistinguishable.

There is a belief going around industrial and government circles throughout Asia that Washington and the IMF conspired with the banks and speculators to bring about the region’s financial meltdown. The alleged reason: to derail Asia from its march to become America’s strategic economic and political rival in the 21st century. This is, of course, classic conspiracy theory, but it is a sign of the times that it now has the status of fact among economic and political elites that once served as Washington’s staunchest backers in Asia.

Walden Bello, a professor of sociology and public administration at the University of the Philippines and co-director of Focus on the Global South, is co-author of ”Dragons in Distress: Asia’s Miracle Economies in Crisis” (London; Penguin, 1991). 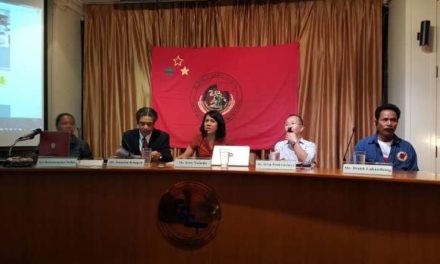 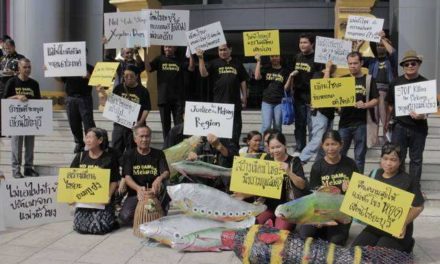 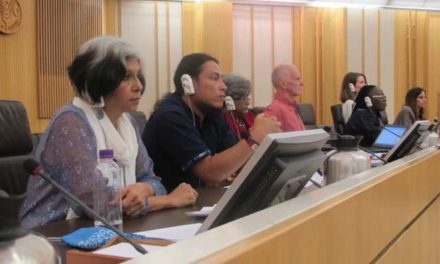