The Gaza Freedom March : in the midst of a regional pandemonium

The Mirage of Stability

Political Stability is a scarce commodity in the troubled region of Middle East; henceforth, the ultimate priority of Mubarak’s government has essentially remained the same over the decades: to ensure minimum stability and preserve a semblance of domestic political consensus.

Nothing justifies or validates the overly ‘cautious’ and ‘restrictive’ response of the Egyptian authorities to the 1400 strong Gaza Freedom Marches from 42 countries, but one should still evaluate the overall socio-political context and discern the immense pressure under which the Egyptian government is forced to make decisions.

Although Israel controls most of the borders with Gaza, Egypt has a ‘qualified’ control over the Rafah border; nevertheless, there is a complex system of coordination between Israel and Egypt over Gaza. According to a former prime minister of the Palestinian authority during our recent talks, the Egyptians are extremely concerned with their image in the greater Arab world and deeply resent the fact that many view them as complicit in the Israeli siege on Gaza. At the same time, the Egyptian government is under immense pressure, especially by the US, to uphold the 1979 Peace Treaty vis-à-vis Israel.

Egypt is also extremely concerned with a potential mass exodus of refugees from Gaza into the Egyptian territory, once it opens its borders with Gaza. On the domestic level – as the next presidential election approaches – Egypt fears the resurgence of Islamist elements; as well as, the strengthening of the Hamas-Muslim brotherhood alliance that can seriously challenge the three decades reign of a secular authoritarianism led by Pres. Mubarak.

Since the ‘cold peace’ with Israel as a result of the 1978 Camp David negotiations, Egypt has avoided confrontation with arguably the most powerful military in the region; deepened its relations with the USA which helped them embark on a massive national reconstruction project, but all came at a considerable cost. Although the peace with Israel provided an ample amount of time for Egypt to rehabilitate its poverty-stricken and war ravaged country, on the political front Egypt lost the prestige it used to enjoy as the main revisionist power in the region – especially during Nasser’s presidency – and the vanguard of the Arab cause.

The ‘cold peace’ with Israel has endured even after Sadat’s assassination in 1981; as Israeli defense forces invaded Lebanon and Palestine over the following years and decades, Egypt stood still and refused to interfere despite the immense international outcry for Egypt to act and prevent the onslaught of innocent Arab civilians.

The Egyptian society is by no means monolithic; huge sections of Egyptian society – from Muslim brotherhood, wealthy businessmen and ordinary citizens – support the Palestinians cause and harbor strong feeling towards the ongoing protracted humanitarian crisis in Gaza.

Initially, after Pres. Sadat finalized a deal with the Israelis, the Arab world vehemently attempted to isolate Egypt; but Egypt was just too big to ignore. Egypt is still the strongest Military power and the cultural centre of the Arab world, yet nowhere close to its former stature during the Nasserite period.

The Rise of New Players

When a profound problem arises – such as the Palestinian-Israeli conflict – and the traditional powers fail to act decisively, a fertile ground arises for the emergence of new political players. Iran has been the greatest beneficiary of American decline in the Middle East. By 2003, Iran – a country struggling for decades to survive severe sanctions and recuperate from 8 years of crippling war that severely damaged its infrastructure – suddenly found itself in a very favorable strategic position. It relished the fact that Saddam and Taliban were dethroned while the US overstretched its battered hard power to maintain its strategic interest in the region.

In a matter of years, Iran became a pivotal player not only in Iraqi politics but also in Lebanon, Palestine and to a certain degree in Yemen and Afghanistan. Iran became the most vocal critic of the US while lambasting western allies like Egypt as a bunch of puppets that have betrayed the Palestinian cause and the will of their people. On the other hand, the tiny energy rich kingdom of Qatar catapulted itself to the apex of economic prosperity that precipitated major political dividends for a previously obscure country. Today, Qatar is the richest country on earth in per capita terms and enjoys an amicable relationship with both Iran and the US.

For instance Aljazeera news is a major global institution that is funded and based in Qatar, giving it a huge edge in info-politics, which is an immense source of soft power. What annoys the Egyptians, as an ambassador told us, is that in the last few years Qatar played a central role in leading initiatives that wished to resolve Palestinian-Israel and Syrian-Israeli conflict while Egyptians were relegated to the sidelines. These developments – the rise of a Shia powerhouse, and a tiny state in the Persian Gulf bypassing traditional powers in leading major initiatives- do not in any shape or form delight the Egyptian leadership.

Reconfigurations in the Palestinian and Israeli Politics

After the assassination of Prime Minister Rabin by an ultra-religious Israeli in 1995, the Oslo process and prospects for peace collapsed and both Israeli and Palestinian politics lurched to the right and the use of force and violence became the means of politics. In 1996, Likud party came into power and completely stalled the Oslo process. President Clinton failed to bring PLO and Israel to finalize a deal during the Camp David talks (2000) while Bush totally faltered in pushing the Saudi peace plan (2002) and the Geneva initiative accords (2003) to materialize during the 2007 Annapolis summit that brought together all players with the exception of Iran.

Today, a hard-line rightist political coalition headed by Netanyahu and Lieberman controls the Israeli government while Hamas boosted by the 2006 elections’ results – refusing to renounce violence against Israel – controls the Gaza strip and continues to challenge Fatah for Palestinian leadership.

While the war of words animate the daily exchanges between the Israeli and Palestinian leaders, there remains a real danger for a new round of military offensives and a total escalation of the conflict.

The Pro-Palestinian Movement and the Gaza March

Unlike the ruthlessly efficient and effective Israeli lobby, the global pro-Palestinian movement is still in the process of consolidation and yet to become deeply entrenched in the politics and discourses of the west. The movement it seems is not immune to the cross-Atlantic divide. Many could attest to how there is a lack of consensus between American progressive elements on the one hand and the continental Europeans on the other. There is a striking divergence on a plethora of tactical and strategic concerns, including the varying approaches that could be taken by the activists towards the resolution of the Palestinian issue and battling the nefarious Israeli policies on multiple fronts.

Such divergence within the movement played into the hands of those Egyptian authorities that dubbed the overall march as a loose network of disparate civil society organizations; each having its own sovereign outlooks and opinions. It is noteworthy that the Egyptian authorities mistakenly, if not consciously, justified their crackdown by claiming that the more ‘militant’ elements were affiliated and embedded within the Gaza March coalition.

Idealism and pragmatics are two principles that should be carefully balanced, especially in a country like Egypt. Facing 1400 strong activists from 42 countries, the Egyptian authorities faced a major dilemma. If they allowed the marchers to push forward with their plans, there was always a possibility that such a historic march would inspire a critical mass of Egyptians to come to the streets and use the opportunity to express their own displeasure at the current Egyptian policy of collusion with US and Israel over the crisis in Gaza. The political consequence of such potential scenario is a huge risk, which they integrated into their over all strategic calculus.

On the other hand, completely disallowing the marchers from pushing forward with their plans as initially permitted by the Egyptian foreign and interior ministry, would cause an international uproar and seriously taint Egypt’s image as a “democratizing” country and a state that is sympathetic to the plight of its fellow Arabs in the occupied territories of Palestine. All the while there were constant negotiations and dialogue between the leaders of the March – such as the Code Pink organizers, Novelist Alice Walker, Filipino legislator Walden Bello, former vice president of the EU parliament Louisa Morgantinni – and Egyptian authorities; as well as, the UN representative in Cairo. Finally, with the help of a prominent Palestinian leader Nabil Shaath, a deal was negotiated with the First Lady Susan Mubarak, which Pres. Mubarak eventually accepted. In a lot of ways it was a “reasonable compromise” with the Egyptian foreign ministry. The Egyptian government accepted the deal and allowed a ‘representative delegation’ of about a 100 people enter the Gaza territory.

The fissures within the movement reached its apogee when a number of disillusioned marchers described the deal as a betrayal of the overall mission and harassed the representative delegation to get off the bus before it left for Gaza. The result was a despicable scene of confusion, chaos and confrontation. A great number of delegates caved into the assault, which led to the collapse of the deal. Few delegates remained in the bus and eventually took off for Gaza.

For the next hours and days, the infighting and escalating tensions depicted a picture of a movement in total disarray, despite the relentless efforts of many organizers to hold the movement together and prevent further confrontation. In the final days, there were considerable attempts by Code Pink organizers as well as others to bring the movement together and remind everyone that all the efforts were meant to express our solidarity with the people of Gaza. As the New Year approached, a great number of marchers gathered in the Tahrir Square in Cairo and lit their candles in a vigil for the people of Gaza.

An atmosphere of serenity and sentimental sorrow was gradually greeted by a deep sense of hope as the marchers looked forward to a long battle for the freedom of Gaza and Palestine.

Relentless passion and commitment constitute the spirit of a movement but it is the lucid understanding of the political context, within which we operate, that defines the success of our mission. We may have a clear idea of what we consider as the ‘end’ and ‘objectives’, but we must explore the murky world of ‘means’ and ‘strategies’ with an open mind and profound wisdom.

In finality, a fine balance between inclusive coalition politics on the one hand and respect for political expediency on the other, would undeniably increase the overall efficacy and internal organizational cohesion needed for sustained action and effective advocacy. On a more optimistic note, what was achieved in all those nostalgic days in Cairo was a foundation for the future, where institutionalized networks of pro-Palestinian organizations, envoys and delegates could contribute to the resolution of the protracted humanitarian crisis in Gaza. 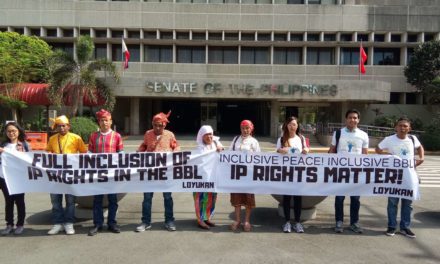 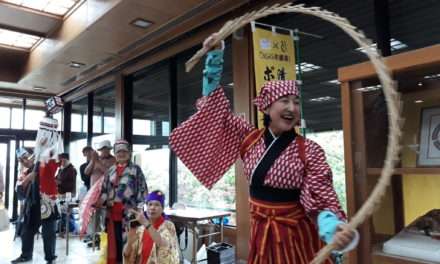 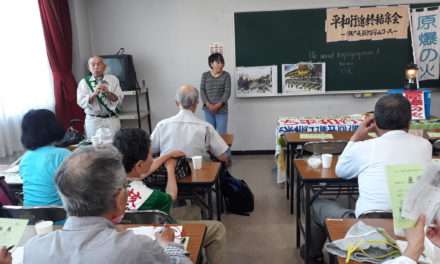 NOTES FROM THE FIELD #7: Of Language and Singing Lessons