The new US-UK draft resolution endorses Iraq’s interim government as “sovereign” and credentials the US-dominated occupation forces as a UN-mandated “multinational force.” It is designed to provide international legitimacy for the continuation of the US occupation and control of Iraq, while stating that “the occupation will end” by June 30, 2004.
In fact, Iraq remains an occupied country and will continue to be occupied on and after June 30th. The new Security Council resolution does nothing to change the reality of 138,000 US and 20,000+ “coalition” troops occupying the country and US economic and political forces maintaining control of Iraq’s economic and political life.

The resolution states that the “sovereign Interim Government of Iraq” will assume “full responsibility and authority by 30 June 2004.” But in the same article it adds (new in the final draft) the restriction that it will have authority “while refraining from taking any actions affecting Iraq’s destiny beyond the limited interim period until an elected Transitional Government of Iraq assumes office” – which, according to article 4(a), will only happen “by 31 December 2005.”

There had been a sharp dispute between the US and several Council members regarding whether the Iraqi military or government would have any control over operations by the US occupation forces. France, China and Algeria wanted Iraq to be able to block major military missions. But Washington rejected that out of hand. Secretary of State Colin Powell said, “You can’t use the word ‘veto.’ There could be a situation where we have to act and there may be a disagreement and we have to act to protect ourselves or to accomplish a mission.” In the final resolution (Article 10), the US-controlled multinational force is given “the authority to take all necessary measures” in carrying out the military occupation.

The resolution “welcomes” the letters from Colin Powell and interim Iraqi Prime Minister Ayad Allawi annexed to the resolution, describing the letters as establishing a “security partnership” between the interim government and the “multinational force.” Allawi’s letter speaks only of “coordination,” “partnership,” and “consultation” between the interim government and the multinational force. Powell’s letter, on the other hand, states categorically that “the contributing states have responsibility for exercising jurisdiction over their personnel.” That means that the US will deploy their troops to carry out whatever operations are ordered by the Pentagon, whether or not the Iraqi government agrees.

The final resolution does reflect US agreement to demands from France, Germany and China regarding how the UN mandate for the “Multinational Force” could be ended. While the resolution states in Article 12 only that the mandate will be “reviewed” after one year or if the Government of Iraq requests such a review, and would only expire “upon the completion of the political process” which might mean January 1, 2006, the Council “declares that it will terminate this mandate earlier if requested by the Government of Iraq.” Unlike some of the earlier references in the resolution, however, Article 12 (and some others) does not refer specifically to the “Interim Government of Iraq” (which is to take power on June 30th) but rather only to the “Government of Iraq.” That more limited designation may portend a US intention to challenge the “Interim” government’s rights if it exercised them, claiming that the reference is only to the later “Transitional Government” instead. But it is more likely that the “concession” to Iraq’s government reflects US confidence that that government will remain accountable to the needs of the US occupation forces. In any event, in the context of a Security Council “review,” an affirmative Council vote to cancel the mandate would be required, which the US could veto, giving Washington continuing control over maintaining its occupation of Iraq.

The resolution “reaffirms its intention to revisit the mandates” of the two UN arms monitoring teams (UNMOVIC and IAEA) that had been carrying out the WMD and nuclear inspections in Iraq. But UNMOVIC has been excluded from Iraq since the US invasion and occupation began when the Pentagon’s own inspection teams took over, and the new resolution says nothing about allowing UNMOVIC to return to Iraq.

Article 27 of the new resolution, deliberately written in a particularly opaque manner by referring only to provisions of numbered paragraphs in earlier resolutions, makes a clear move to continue the privileges granted to oil companies by the US occupation forces. Specifically, it continues last year’s grant of immunity to all oil-related companies involved with Iraq (meaning Iraqi oil cannot be seized in a court suit), while cancelling that privilege for all contracts signed after June 30th when Iraq’s “interim government” takes over oil authority from the US

While details are emerging only very slowly, it is likely that the US, committed to obtaining a UN figleaf before the G-8 summit, engaged in heavier than normal bribes and threats against Council members. All that is known so far is that German officials openly briefed journalists a week or so ago regarding their intention in the fall of this year to re-raise their longstanding campaign for a permanent Security Council seat. The officials stated that they have support from four of the five permanent members, all except the US, as well as the necessary 2/3 vote of the General Assembly. It is virtually certain that they would not have gone public with such a high-profile announcement without a back-channel US guarantee of support. While there is no new evidence yet, it is likely that France and perhaps Russia were promised renewed access to Iraqi oil contracts in return for their Council votes supporting the US-UK resolution.

It is likely to become more difficult to challenge the legitimacy of the new UN resolution and its authorization particularly of the US occupation forces. That is because the “interim prime minister” of Iraq, Ayyad Allawi, in his letter to the Council, specifically requests “a new resolution on the Multinational Force (MNF) mandate to contribute to maintaining security in Iraq, including through the tasks and arrangements set out in the letter from Secretary of State Colin Powell to the President of the United Nations Security Council.” But only international pressure on governments around the world will make it possible to begin to undermine the UN bluewashing of the US occupation. If global civil society is to be able to reclaim the UN as part of our global mobilization against war and occupation, challenging the legitimacy of the Council resolution will be a necessary step.

With a few more Iraqi and now United Nations faces supporting it, the US occupation remains.

* Phyllis Bennis works for the Institute for Policy Studies (IPS), based in Washington DC, USA and is an activist with United for Peace and Justice. 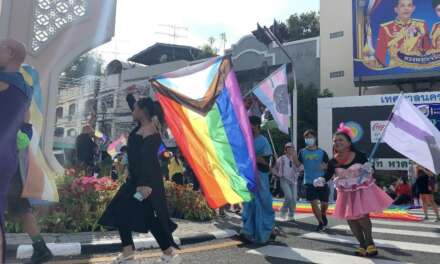 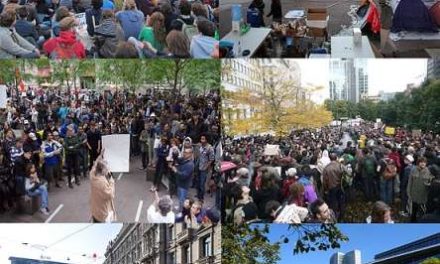 EDSANGANDAAN airing on the Knowledge Channel