THAKSIN’S RETREAT: CHANCE FOR CHANGE OR CONSOLIDATION OF POWER?

After one of the longest anti-government mobilizations in Thailand’s history, on the evening of 4 April, 2006 caretaker Prime Minister Thaksin Shinawatra made a formal announcement that he would not accept the Prime Ministership when the Parliament re-opens within 30 days. This came as a relief for most Thais, since the possibility of a violent conflict between the demonstrators and the organized government supporters was escalating day by day.

For the past two months tens of thousands of protestors have been rallying weekly, and sometimes daily, calling for the resignation of Prime Minister Thaksin. Apart from his generally undemocratic and heavy-handed approach, they are angry at the sale of his family’s strategic telecoms conglomerate, Shin Corp, to the Singapore government, blatant tax avoidance  and his use of political powers to consolidate his business interests. In response, Thaksin called a snap election for 2 April which was boycotted by all the opposition parties.
Although Thaksin won the majority of the votes, the lack of opposition candidates, the unprecedented "no-vote" and the threat of continued protests forced Thaksin to make a political concession. However, whether Thaksin’s decision to step aside from the prime ministership will lead to the genuine political reforms that many are hoping for remains to be seen.

On the one hand, Thaksin’s move is meaningless in terms of political change since he will continue as leader of the Thai Rak Thai (Thais Love Thais) party which now has full control over the House of Representatives. Thai Rak Thai is expected to eventually have all except two of the total 500 lower house seats. In other words, the only function of the lower house will be to serve the government. With no opposition in the Parliament, the only check and balance will only come from the street. Also, under the current constitution, the constitutional reform demanded by the protesters, the former opposition parties and many Thais, can only be initiated by the Parliament. Thus, any reforms will be on Thai Rak Thai’s terms. Moreover, the new Prime Minister will undoubtedly be someone under the direct control of Thaksin. At the end of the day, Thaksin’s "sacrifice" may be little more than an effort to reduce the pressure and win back support. If he succeeds at least in formal terms, the Thai Rak Thai party will be even more powerful than before.

On the other hand, we need to recognize that the movement against Thaksin led by the People’s Alliance for Democracy (or PAD) is confronting one of the strongest political regimes in the modern Thai history. After five years in power, Thaksin has established a deep relationship with the police and military forces. Not only has he the control of vast majority of members of parliament but, allegedly,  he has infiltrated the Senate and most independent organizations established under the constitution with his own people. He is also known for using his political power and business connections to influence the media, and even bought his own television channel. Above all, he has effectively used "populist policies" to capture the hearts of a large proportion of the rural poor. In short, to uproot the Thaksin regime is an uphill task. Most certainly, this is not something which will be achieved in one attempt. Forcing Thaksin not to accept the Prime Ministership is already an achievement, however the the larger mission of political reform is far from accomplished. The issue right now is how the PAD and progressive groups (such as NGOs, academics and social movements) can maintain the momentum and push their agendas forward.

BROAD FRONT
An interesting development has already emerged over the last few months. Starting from a very narrow strategy of concentrating only on Thaksin, the PAD has now developed its campaign to include attacking several of Thai Rak Thai’s controversial policies, particularly the US-Thailand Free Trade Agreement (FTA) negotiations and privatization of key state-owned enterprises. Even though the PAD called for a temporary halt to demonstrations in response to Thaksin’s announcement that he would not stand as prime minister, the PAD’s leaders made it clear that they are ready to resume mass demonstrations in May if it is clear then that Thaksin’s successor is simply a puppet prime minister pushing the same unpopular policies on the FTA and privatisation. PAD’s leaders claimed that they are not fighting Thaksin only, but the system he represents.

Although roughly 60 per cent of the votes went to Thai Rak Thai in the 2 April  general election, the ballot gave rise to an unprecedented phenomenon. More than ten millions voters came to the polling booth and ticked the "no-vote" column. In almost all constituencies in Bangkok and the south of Thailand (a traditional stronghold of the Democrats and presently reeling under Thaksin’s heavy-handed response to the local sepratist-cum-Islamist insurgency) the no-vote ballots outstripped the votes received by Thai Rak Thai candidates. In 38 constituencies, Thai Rak Thai candidates who stood alone were not able to win 20 per cent of the electorate vote, the legal minimum required to win an uncontested seat. This is an interesting development because people deliberately chose the "no-vote" to express their disapproval of Thaksin. Some critiques even claimed that this is the first time that the genuine decision of the people has been reflected in a Thai election, since there was no money or coercion involve for people to opt for the "no-vote". This new level of political consciousnessis a factor with which the PAD can work. Given such a large number of potentially politically active citizens, even with the retreat of Thaksin, the Thai Rak Thai government is going to be fragile.  What’s more, Thai history of the 1960s and the 1990s shows that the use of a proxy prime minister does not solve the political crisis.

What will happen next is anyone’s guess since we are now in an uncharted territory. Nonetheless, what has happened in Thailand has once again proved that even the vicious tyrant has to bow to the power of the people. The question is whether such retreat will be the first step to real economic and political reforms or merely a tactical, and most likely temporary, withdrawal by Thaksin. The situation is complex and the window of opportunity might not be open for long, but the chance is clearly here for progressive forces to launch Thailand into a new phrase of people’s democracy.

* Jacques Chai Chomthongdi is a research associate with Focus on the Global South in Bangkok, Thailand. 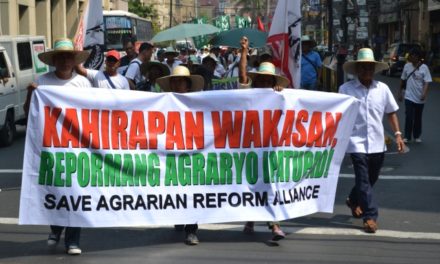 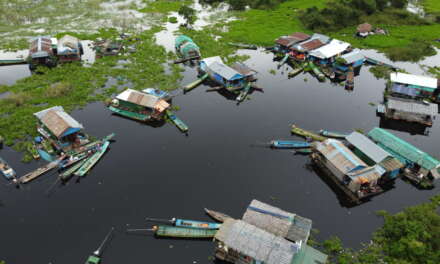