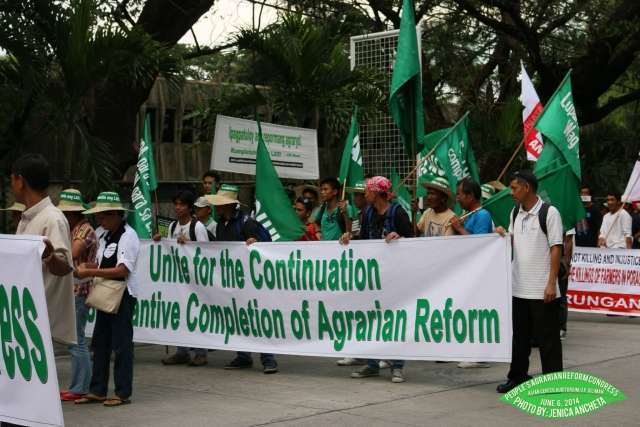 Quezon City, Philippines, 30 June 2014 — On the day of the deadline of the Comprehensive Agrarian Reform (CARP) for land distribution, farmers from the Save Agrarian Reform Alliance (SARA), an umbrella coalition campaigning for a just and effective agrarian reform program, called for an independent audit of the Department of Agrarian Reform and other CARP implementing agencies’ performance.

SARA leaders called for the constitution of a “high level independent commission of upright and publicly credible citizens with legal powers”, which was one of the major demands during the People’s Agrarian Reform Congress held on June 6 at the UP Asian Center.

“DAR’s reports remain questionable, and are padded. We need an independent evaluation of DAR’s and other CARP implementing agencies’ past and present performance to determine the state of agrarian reform in the country,” said Trinidad Domingo, spokesperson of SARA.

“Where are the exact lands that still need to be distributed? What happened to the farmers who were given lands? How many lands reported by DAR as accomplishments are truly in the hands of farmers, and have received adequate support services? These are questions that DAR has still declined to answer us,” Domingo added.

Domingo and other SARA leaders have consistently blasted DAR’s performance, which has given CARP/ER a “slow death”. According to SARA, at this critical juncture, “rather than being ‘fast-tracked’, land distribution has been slowed down. Rather than being protected, the rights of farmers are being allowed by DAR to be routinely violated by landlords.”

Domingo also blasted Sec. delos Reyes for the recent land distribution figures he released to media on Saturday. “What is the basis for the 78,303 hectares? Where are these lands? Where is the master list of lands to be distributed? There is no way for us to verify if these lands, which still need to be distributed, are not underestimated,” asserted Domingo.

These assertions from SARA are not without basis. Last Thursday, June 26, the rural women from the Pambansang Koalisyon ng Kababaihan sa Kanayunan, one of the co-convenors of SARA, filed for petitions for CARP coverage.

“Most of these lands are outside the targets of DAR. The official figure of DAR is therefore, an understatement given that numerous areas have been either arbitrarily removed from their target, exempted from redistribution or left out from the CARP/ER balance altogether”, said Jansept Geronimo from the farmer group KATARUNGAN.

SARA estimates that DAR is left with a more realistic target of about one (1) million hectares of lands that need to be distributed, given the absence of validating DAR’s claims and the existence of lands exempted from CARP/ER coverage.

“DAR has failed to publicly disclose the essential indicators of land distribution under CARP/ER—the awarded Certificates of Land Ownership Awards (CLOAs) and Emancipation Patents (EPs) to installed farmers or farmers who are directly in control of awarded lands. It’s difficult to assess where we should be going, if we do not agree on the baseline,” emphasized Geronimo.

SARA also blasted the uncertainties hounding Sec. delos Reyes’ statement on the extension of the land acquisition and distribution component of CARP/ER.

“Sec. delos Reyes is unsure that land distribution will continue beyond June 30 for lands not issued notices of coverage and he’s not even actively supporting the bill House Bill, 4296, filed by Reps. Teddy Baguilat and Chris Paez, despite President Aquino’s certification. What kind of secretary is that?”, added Domingo and Geronimo.

SARA leaders welcome the two bills filed in Congress (House Bill 4296 and Senate Bill 1288) extending the issuances of notices of coverage and ensuring the budget for another two years. But the coalition cautioned that as long as Sec. delos Reyes is at the helm of DAR, CARP/ER will remain in a dire state. 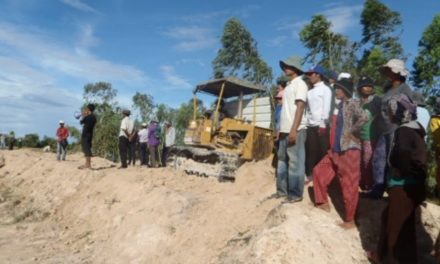 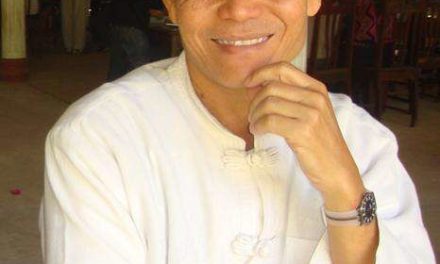