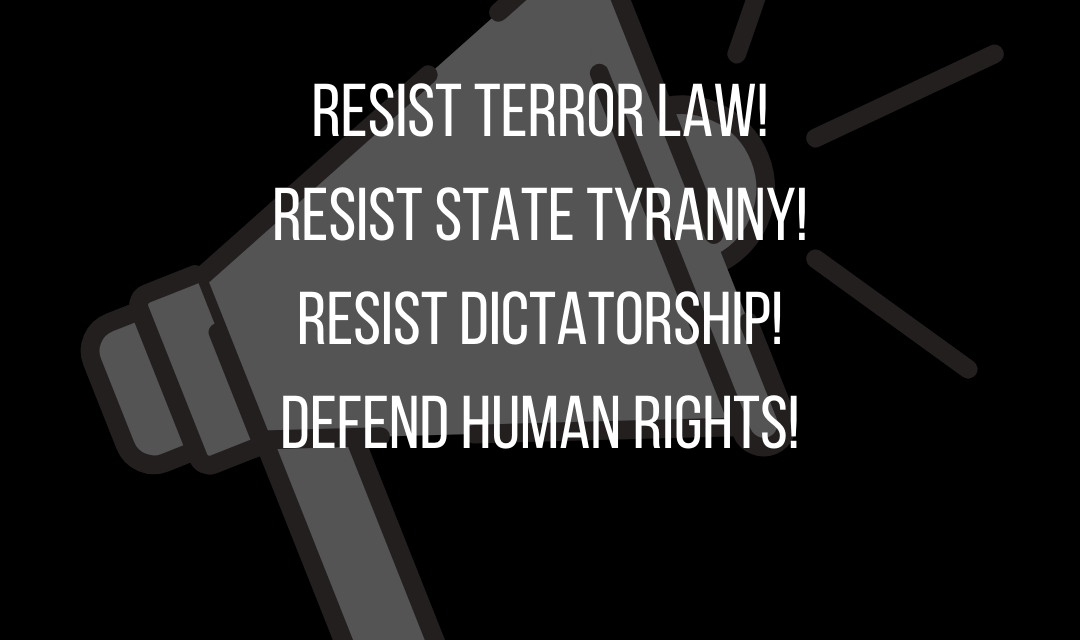 Focus on the Global South stands with individuals, groups, and peoples’ movements in the Philippines expressing indignation over Duterte’s signing into law of the Terror Bill. Duterte has willfully ignored the demands of the people for a presidential veto. By pushing for and finally signing this law while the nation is in the middle of an unprecedented health and socioeconomic crisis, the Duterte administration has once again proven that it is more interested in terrorising its own people, inciting more fear and chaos, and trampling on our rights and fundamental freedoms. From the beginning, the Duterte administration has promoted state violence and state terrorism rather than working with the people in the process of national healing, recovery, and rebuilding.

As we push back against the Terror Law, let us not forget the workers, farmers, peasants, indigenous peoples, fisherfolk, women, youth, human rights and environmental defenders, and peace builders who—long before the passage of the this law—have historically and systematically been intimidated, criminalized, and murdered by the State in the name of amassing greater power and wealth. With the passage of this law, these people whose everyday struggles contribute to the building of a more just and equitable society, will inevitably bear the brunt of intensified state terrorism. Let us not forget that our struggle against tyranny and oppression does not end with the resistance against the Terror Law. We must continue pushing for a society that values and protects human rights; social, economic, gender, and ecological justice; and participatory democracy in all aspects of life.

The threat to our human rights, fundamental freedoms, and the principles of democracy which we struggle to advance will not go unchallenged. Even as the peoples’ lawyers, constitutional experts, and progressive legislators take the lead in challenging the Terror Law before the Supreme Court, social movements, progressive groups, and ordinary Filipinos have come together to declare that we will not be cowed and that we will stand in defiance of this patently unconstitutional and unjust law—a law that is meant to advance the regime’s authoritarian and neoliberal agenda.

We must persist in reinforcing our collective resistance. We will join the broad movement against the Terror Law in actions on the streets, on social media, and other online and offline platforms of dissent. We will support the legal and political challenge to the Terror Law and join efforts to inform and mobilise a critical mass towards resisting this instrument of state tyranny and advancing democracy!

THEY ALSO MAKE BOMBS OUT OF PAPER