The Rise of Populist Authoritarianisms in Asia 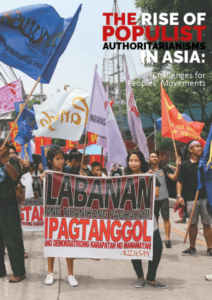 In many countries in Asia, new forms of authoritarianism are on the rise. In the Philippines, Rodrigo Duterte—a former mayor accused of organizing death squads and who promised to make the fish of Manila Bay grow fat from the bodies of drug dealers—won the presidential elections in 2016. In Thailand in 2014, a general who had favored cracking down on demonstrators led other military leaders in launching a coup against the democratically elected government. In India, a Hindu nationalist party, the Bharatiya Janata Party (BJP), won the elections in 2014, and its leader, Narendra Modi, a member of an extreme right-wing group who incited and condoned riots that killed hundreds of Muslims, became prime minister. In the same year, Prabowo Subianto, a former general under Suharto who also advocates strongman rule, nearly became Indonesia’s president. In Cambodia, the Cambodian People’s Party (CPP) which has been ruling the country for more than three decades has demonstrated its unwillingness to cede or even share power.  While the CPP rejects allegations of being authoritarian, it has escalated actions to get rid of its opponents, and has clamped down on any form of popular resistance and dissent that could pose significant challenges to its perpetuity. Hopes for genuine peoples’ democracy in Cambodia appear extremely dim at this time.

Eco-friendly text only version can be downloaded here.