QUEZON CITY—A group composed of fisherfolk, non-government, women, urban poor, student organizations, and other civil society groups marched to the Department of Agriculture (DA) office today to campaign against the over 24,000-hectare reclamation of Manila Bay that is said to affect over 200,000 fisher families.

According to Manila Bay Para sa Tao, the Department of Agriculture-Bureau of Fisheries and Aquatic Resources (BFAR), which is designated to safeguard the rights of local fishers under the Fisheries Code or Republic Act No. 10654, is mum to the issue of the massive Manila Bay reclamation and its grave impacts to fisher communities and the environment.

PANGISDA-Pilipinas, an organization advocating for the interests of small-scale fishers, maintained that the Manila Bay Reclamation Project is undoubtedly an attack against the poorest sector of the country—the fisherfolk. The conversion of fishing grounds to industrial and commercial use is tantamount to various forms of displacement and uprooting of small fishers from their very source of livelihood, identity, and life.

Manila Bay remains a common source of food and employment to thousands of small-scale fishers, feeding many coastal communities. The reclamation is also said to further result in massive deforestation, which will affect the health of aquatic resources, worsen all forms of pollution, and cause greater flooding in the metro.

The Manila Bay Para sa Tao movement asserts that the solution to the Manila Bay problem remains the same. The group calls for a pro-people rehabilitation of Manila Bay that will genuinely benefit and promote not only the well being of coastal communities but also the future generations, including food security and protection from calamities. Any form of denial of these rights such as the 38 Manila Bay reclamation projects underway must then be opposed.

YES TO PRO-PEOPLE REHABILITATION; NO TO ANTI-POOR RECLAMATION!

[Note: The Manila Bay Para sa Tao is a coalition of fisherfolk, non-government, women, urban poor, student organizations, and other civil society groups campaigning against the Manila Bay reclamation couched as part of the “rehabilitation.” Focus on the Global South is a member-organization of this coalition and we are also working closely with PANGISDA-Pilipinas (Progressive Alliance of Fisherfolk in the Philippines), particularly on the issues around food sovereignty and the commons.] 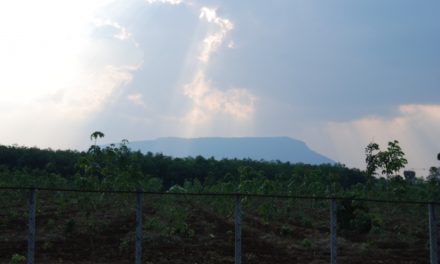