This note is a response to an article by Walden Bello of Focus on the Global South on the Oxfam trade campaign, Make Trade Fair. Oxfam holds the work of Walden Bello in the highest regard. He has played a central role in challenging the legitimacy of global institutions that place corporate profit and the self-interest of Northern governments before the imperative of poverty reduction. We also recognise the enormous contribution made by Focus in mobilising support for change. In his critique of the Oxfam campaign, Walden concludes by observing that ‘it is only via debate and dialogue among partners and allies that we can chart a solid path forward’. This response is written in that spirit.

1. The Oxfam campaign starting point.
In an earlier debate with Philippe Legrain of the WTO, Walden Bello wrote: ‘Trade can be good or bad for national development ? it all depends on the rules that guide it.’ We share that view. As our campaign report Rigged Rules and Double Standards makes clear, we believe that trade has the potential to act as a powerful force for poverty reduction. We go on to argue that this potential is not being realised precisely because the rules are designed to benefit the wealthy and marginalise the poor. We highlight the role of Northern governments and transnational companies in creating a system of world trade rules and institutions that systemically reinforce advantage and disadvantage. And we set out a case for changing the rules. That case does rest upon a proposition that some of our critics reject: namely that international markets, like national markets, can be made to work for the poor by challenging power relationships. At a global level that means challenging the domination of current IMF-World Bank-WTO prescriptions. At a national level, it means undertaking redistributive reforms. At no stage of the report do we argue for neo-liberal export-led growth models, let alone for free-market prescriptions in developing countries. In fact, we clearly argue that export growth under globalisation has increased inequalities. Nor do we claim that export growth is a substitute for effective poverty-reduction strategies. It would clearly be absurd to claim that a country such as Brazil can harness trade to poverty reduction in the absence of fundamental changes in the distribution of assets and opportunities. It would be equally absurd to endorse export models that generate ecological destruction. However, for reasons set out in the report, we do believe that exports can play a role in supporting poverty-reduction strategies, both through employment generation, and by creating wider conditions for economic growth.

2. Market access.
Much of the Focus critique is based on a misreading of the Oxfam campaign. In his opening paragraph, Walden claims that the Oxfam campaign is ‘a global campaign to promote wider access for developing country products in northern markets’. This is wrong. Market access is one theme among many that will be taken up. As our report makes clear, the Oxfam campaign is aimed at challenging ? and changing ? world trade rules in a wide range of areas. We are calling for fundamental reforms of the TRIPs Agreement in the WTO. Along with others, Oxfam has consistently challenged the abuse of corporate power and the self-serving interests of Northern governments behind that agreement. Like Focus, we also reject the case for using the WTO to prise open markets for foreign investors, liberalise service markets, or force a raft of new issues ? including competition and procurement policy ? on to the WTO agenda. One of the major themes in the first year of the campaign will be the crisis in international commodity markets, where we are arguing for international mechanisms to stabilise prices at more remunerative levels. One whole chapter of the report is spent criticising IMF/World Bank loan conditionality aimed at imposing import liberalisation on developing countries. And a major theme in the campaign is action to prohibit any loan conditions requiring such liberalisation. That said, we make no apologies for attaching importance to improved market access. Northern protectionism is at its most excessive and arbitrary in precisely those areas ? such as textiles and agriculture ? where developing countries in general and the poor in particular stand to gain most. Liberalisation in this area has been glacial, massively skewing the benefits of international trade towards the industrialised world. We believe it is essential to highlight the issue of Northern protectionism, not as the primary or exclusive cause of poverty, but as one of the clearest examples of how corrupt, and profoundly distorted against poor economies, the international trading system is. Developing-country governments are attempting to use trade negotiations to redress this imbalance ? and we unreservedly support their efforts. We regard the record of the Quad countries in areas such as the phasing out of the Multi-Fibre Agreement and agricultural reform as indefensible. And the Oxfam campaign will continue to attach a high priority to both areas.

3. Export-oriented agriculture.
Focus cites with apparent approval a Food First response to the Oxfam campaign report suggesting that we favour ‘the paradigm of export-oriented growth’. The presumption appears to be that only monopolistic export agricultural interests stand to benefit from access to Northern markets. Does this mean that the industrialised world would be justified in prohibiting imports of rice from Vietnam and Thailand, tea from India, or sugar from Mozambique? Surely the real issue is whether or not national governments adopt policies that prevent monopolistic structures from emerging. We share many of Food First’s concerns about the current pattern of agricultural export growth in developing countries. However, we reject simplistic contrasts between ‘cash crops’ and ‘food crops’, and between production for domestic and export markets. Indeed, we are of the view that such dichotomies divert attention from the real issue of national policies ? and the policies of international institutions ? that shape the distribution of benefits from participation in markets. After all, the same anti-poor growth model that prevents the poor from benefiting from exports is apparent in many domestic markets. These imbalances must be addressed through national policies that promote employment and food security in poor economies. What we do not share with Food First is the assumption that the current model is unchangeable, or the parallel assumption that agricultural exports are inherently anti-poor.

4. An advocate for the Cairns Group?
According to Focus, Oxfam is now ‘a civil society advocate for the Cairns Group position’. This is wrong. We categorically reject the Cairns Group approach to market liberalisation. As we argue in some detail in the report, all developing countries should retain the right to protect their food systems, not just on the grounds that food security and poverty reduction are imperatives in their own right, but also because world markets are so heavily distorted. That is why we have joined others in calling for a ‘Development Box’. Achieving rules that respect the right of developing countries to protect agriculture is a major campaign priority, as our report clearly specifies. The Focus critique of Oxfam’s position on agriculture raises an important tactical question that goes to the heart of a wider dilemma facing developing-country governments. That question is whether by entering into negotiations on improved market access, developing countries will be forced into an unequal bargain under which they will be obliged to open their own markets further in sectors such as agriculture, banking, services, and other sectors. The dangers are obvious ? and they extend far beyond the WTO. However, surely the real challenge here, as Focus suggests, is for Southern governments and civil society to work together in restricting the scope and mandate of the WTO. A campaign which exposes rich-country leaders as hypocrites and double-dealers can only help in this regard. It will be much harder for these rich-country leaders to demand a second phase of liberalisation from poor countries if they have been exposed for keeping their own markets firmly shut. Our campaign has been developed in this light.

5. Misrepresentation in the media.
Commenting on a press report issued following the campaign launch, Focus describes as ‘perfectly understandable’ a Washington Post article labelling Oxfam as a member of the free-market camp. On any balanced and objective criteria, the article in question was a gross misrepresentation, as was the highly selective use of quotations from Oxfam staff. On the same day as the Washington Post article appeared, Oxfam was condemned by the Herald Tribune for being anti-market, anti-free trade and anti-globalisation. Another article described the campaign report as being ‘radical Keynesian’. Finally, Focus criticises Oxfam for branding ‘a large sector of the movement against corporate driven globalisation as “globaphobes”‘. In fact, we make clear that we are not referring to the significant and important anti-globalisation and trade justice movements of which we are part, but rather to assorted small political groupings, principally in industrialised countries, that are fundamentally opposed to trade with developing countries. Some of these groupings are on the extreme right, while others represent an extreme minority which favours autarky. We have received many, many comments on the Trade Report over the past few weeks. Some of these have been very challenging, but we welcome the debate that it has generated. The forces we are up against are hugely powerful, and it is only by working through our positions and strategies together that we have any hope of bringing about real change in the world. We hope that the debates that are taking place now throughout our networks around the world will help to build a stronger movement for social justice. 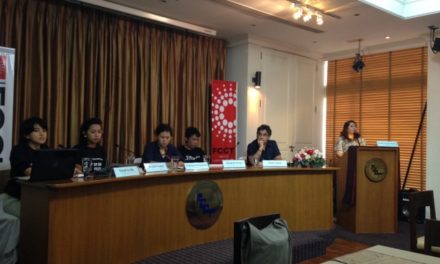 Will China Save the World from Depression?