By Aileen Kwa
Director General of the WTO, Mike Moore appeared shallow and defensive during his various performances at the UNCTAD X conference. His analyses and comments lacked nuance and subtlety, as compared to some of his UN colleagues and several heads of states. In fact, at certain points, he seemed to be talking past people and even paid a deaf ear to grounded criticism of the WTO expressed by developing country delegates.
Moore: ‘Globalisation is An Irreversible Economic Evolution’. Is It? One of the panellists at the High Level Round Table with Heads of UN Agencies, Moore’s remarks came off having little depth of knowledge of the complex issues at hand. In his opening statement, he said that the world is divided between those who fear the future and those who just can’t wait. ‘I am one of those who just can’t wait because I think it is going to be so much better’.

He then went on to reiterate one of his favourite lines he was to repeat several times over during UNCTAD X, that ‘Globalisation is not a choice, it is not a policy option, it is not an ideology. It is an irreversible economic evolution.’ Elaborating on this, he said that ‘Our species has traded since the first person walked upright… I think the challenge for developing countries is that they are being left out, but I don’t believe that countries are victims of globalisation, they will be victims if they are left out.’

Somavia said that yes, of course globalisation is here to stay, given the information technological revolution. But he was clear in distinguishing the fact that policies also drive ‘globalisation’. And these policies can be changed. These include trade and financial policies. He said that ‘I truly don’t think we understand it (the global economy). I don’t think there is a single economist who can stand up and say this is what is going on. We don’t understand monetary and financial trade, social and technological development…’

Somavia went on to say that he would like to see understand the entire system as a whole. It seemed to him that the various UN agencies and the global community have reached the limit to sectoral solutions to global phenomena. There is a need to work together and produce a joint product. He also asserted that due to the nature of change, it is impossible to impose one-size-fits-all type solution on countries. In fact, he said that doing so would be dangerous. He gave three reasons why we should move away from uniform policies for all countries:

1) There is a need for real policies that have national ownership, not only ownership by governments, but also civil society;

2) We must respect cultural diversity. Same values pursued in different ways. We pay lip service to diversity but we don’t practice it. We do not tell the international expert to respect diversity when he/she comes and tells us what to do;

3) We need a caring eye. None of us in this room is unemployed. But we have an obligation to place ourselves in the situation of the unemployed. If we do not get it right, we are going to implement the wrong policies.

Moore: Consensus is not Negotiable.

During his interactive debate, Moore, in his speech said that ‘One issue – which is not negotiable is the issue of consensus. Every nation must sign up, and every nation therefore must be part of this process.’ He also said that consensus is of utmost importance because every member has the right of veto.

In defending the consensus principle, however, Moore seems to have forgotten that in the rules, when consensus cannot be reached, members have a right to vote in order to reach a resolution. Despite many developing countries’ request for this vote to be activated at the time of his selection as Director General, the big countries which also backed Moore were vehemently against the use of the vote as it might have set a precedent.

If in fact Moore was more knowledgeable of the rules of this ‘rules-based’ system, he would know that there is no consensus versus voting dichotomy. There is in fact the appropriate place for both these decision-making mechanisms to be used. It is the power politics within the WTO, controlled by the large countries, which prevents the use of the vote.

The ‘interactive debate’ following Moore’s statement was dominated by various members of the EU who made long statements basically stating the same points. Time was running short and the interventions developing country governments were able to make were limited in time. Nevertheless, some of the points made included the following:

1) The Dominican Republic has spared nothing to fully implement the agreements of the Uruguay Round. How can be it ensured that the WTO works for poor country. How can there be equal opportunity for everyone, when the dispute settlement system is not an impartial process?

2) Iran raised the question of how the WTO can be democratic and ‘rules-based’ when a single member can block the process of application for accession of a country.

3) India stressed the need for the WTO to address implementation problems and to find a solution to the inequities and imbalances in the system.

India also stressed there is constant pressure to broaden the agenda. India’s delegate discouraged any attempt to overload WTO agenda, especially by bringing on non-trade issues.

The delegate from India even added that the WTO is essentially a ‘political organisation’. It is increasingly legalistic in approach and it uses a highly legalistic dispute settlement system. However, disputes are negotiated and trade-offs are made. How can members have faith in this system if rules are not finalised in an equitable manner?

4) Venezuela questioned the way the WTO’s agenda is drawn up and made the point that there is need for more discussion on the agenda, and that there is a need to address the ‘profound’ and ‘deep-seated’ issues developing country members have.

Venezuela’s representative, in retaliation to Moore’s earlier statement, that it is business as usual at the WTO, made the point that ‘There is a greater need than just starting up as usual, we do need change, we do need reform.’

Unfortunately, Moore was unable to respond adequately to any of these comments. He responses amounted to the following: 1) That WTO members must be more flexible and more open. ‘ I think our problem is cultural. But if we build confidence, tolerate each other, and forgive each other, our house will be happier.’ 2) He quipped that when he first took on the job, he was advised that ‘when confronted with a difficult question, just say that this is a member-driven organisation’.

In short, Moore’s performance at UNCTAD X showed a shallow understanding of all matters concerning the WTO, and no acknowledgement and understanding of developing countries’ concerns. He seemed only able to reiterate the same points over and over about globalisation, the need for consensus, and that the WTO is democratic, even though in doing so, he was convincing no one but himself.

At this point in the WTO’s legitimacy crisis, his poor handling of Southern governments’ concerns (much less NGOs) is unlikely to build confidence in the system.

Key civil society actors in New Zealand, critical of the WTO, and who knew Mike Moore at the time of his campaign for the Director General’s position, were in fact campaigning for his selection. He was seen as such a disaster that he would lead the WTO to its downfall. Judging from Moore’s performance so far, their predictions may hold true. 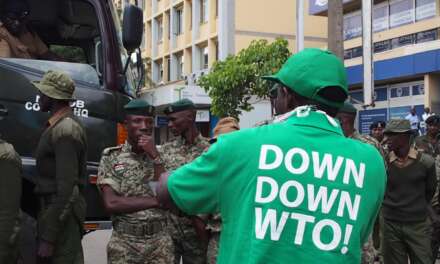 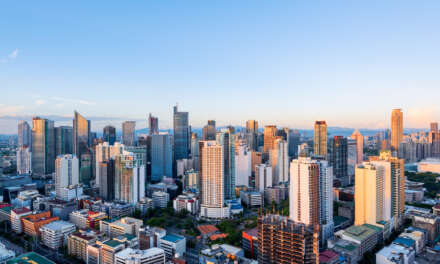