Mass Boycott by NGOs May Yet Shame WB-IMF

BATAM, Indonesia, Sep 15 (IPS) – Civil society organisations have fired an unprecedented salvo at the World Bank (WB) and the International Monetary Fund (IMF) by declaring a boycott of the annual meetings of the two financial powerhouses being held in nearby, authoritarian Singapore.

The declaration, endorsed by 164 non-governmental organisations (NGOs) from Asia, Africa, Latin America, the Middle East, Europe and North America, marked the opening, Friday, of the International People's Forum, a gathering of activists from around the world, on this island, a ferry-ride away from Singapore.

The move, which threatens to undermine WB-IMF efforts to engage with NGOs during their annual meetings, follows the repressive measures by Singapore to keep activists from entering the affluent city-state, host of the meeting on Sep. 19-20. Activists from Asia, Europe, Africa and North America have been blacklisted, detained and evicted by the Singaporean authorities. The forum itself is being held on Batam because Singapore denied permission to hold it.

''In solidarity with those denied entry into Singapore and denied the exercise of their fundamental rights to freedom of expression and association, we will stay away from all meetings and seminars in the official programmes at the WB and IMF annual meetings in Singapore,'' said the statement read out by Donatus K. Marut, executive director of the International NGO Forum on Indonesian Development (INFID), the NGO hosting the Batam gathering.

Among NGOs endorsing the boycott are local grass roots groups as well as those that wield global influence such as Greenpeace, Friends of the Earth International, Action Aid, Christian Aid and the Bretton Woods Project.

''We and other U.K.-based NGOs have written to the European Commission complaining about the action of the Singapore government,'' Justin MacMullan, campaign policy officer of the British-based Christian Aid, told IPS. ''I hope this boycott sends a clear message to the Bank and the IMF about choosing future venues for their annual meetings.''

Another international development agency, Oxfam International, has joined this call by cancelling two events it had scheduled at the meetings in Singapore. ''We have cancelled both meetings we had planned,'' Leo Van Mullion, the NGO liaison officer at Oxfam, said in an interview. ''One was a discussion with Bank officials, the IMF and others who wanted to join about funding education in developing countries.''

‘'This was the first time we had organised such an event,'' he added. ''We cancelled the meeting in solidarity against the way NGOs have been treated by Singapore,'' Van Mullion said.

The significance of this NGO response has not been lost on other leading civil society activists assembled here for the IPF, which runs from Sep. 15-17, to highlight the social, economic, environmental and human cost of WB-IMF policies on the people of the developing world.

''This boycott is the first of its kind,'' Walden Bello, head of Focus of the Global South, a Bangkok-based regional think tank, said in an interview. ‘'It underscores the distrust that has deepened across the board towards the international financial institutions. It is not only a protest by the radical civil society organisations, but even the moderate ones.''

Singapore's draconian measures to keep NGOs out of the meetings, even those accredited by the WB-IMF to take part in the traditional exchange of ideas, are clearly responsible. Until now, the push by some NGOs to boycott dialogue with WB-IMF has never galvanised this level of support.

''The particular events that unfolded in Singapore have been useful in the call to boycott official WB-IMF dialogues,'' Sameer Dossani, director at the ‘50 Years Is Enough' network, a Washington D.C.-based watchdog of the financial institutions told IPS. ‘'This has been talked about for awhile before.''

The defiant stance unveiled at the Batam gathering will ‘'help give the lie to the dialogues the WB-IMF have established,'' he added. ''They have always done it for their own credibility — to validate their own programmes.''

The possible damage to WB-IMF plans to engage with activists comes at a time when the financial powerhouses appeared increasingly keen to talk with NGOs and listen to their critics — even if they may not agree with them. That is reflected in the fact that 500 civil society representatives were granted accreditation by WB-IMF to attend the Singapore meeting–a number that some here say is the highest to date.

NGOs like Focus are hoping that the boycott would bring expose Singapore's dated political culture. In cracking down on organisations and individuals with legitimate reasons to go to Singapore, its government ''has forcefully reminded its citizens and the world of its obsolete authoritarian character,'' the Bangkok-based think tank stated in a release. ''It has underlined how cut off Singapore is from a world where free speech, free association and democratic choice are the established norms of political association.''

What incensed many activists was the fact, firstly, that the Singapore government chose to ignore a memorandum of understanding (MoU) it signed with WB-IMF to facilitate the entry of civil society representatives and allow them to participate in the official functions. Secondly, WB-IMF failed to make timely intervention and hold Singapore to the MoU.

The Singapore government's decision–that initially began with threats of caning and imprisonment of activists who planned to demonstrate–has placed it in worse light than another authoritarian regime that hosted the 2003 annual meeting, Dubai.

''Activists who had accreditation were not denied entry to the meeting, nor were they prevented from entering Dubai,'' says Siren Ambrose, coordinator of the Nairobi-based Solidarity Africa Network.

The IPF in Batam should shame the WB-IMF and the Singapore government even further, speakers urged at the opening session of the event held in a sprawling network of white-walled buildings often used by Indonesian Muslims as an assembly point before leaving for the Haj pilgrimage to Mecca.

''We, the people, have a right to express our voices. And those who hold the meetings in those closed doors (in Singapore) are obliged to listen to our voices,'' said Marut of INFID. ''Our voices are precious.'' (END/2006) 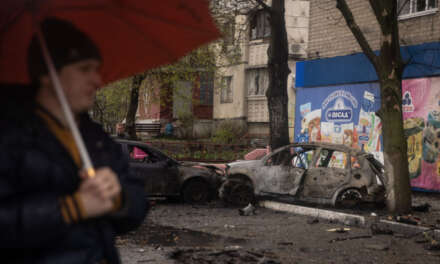