GENEVA, 31 MARCH 2006: At the Trade Negotiating Committee meeting of 28 March, WTO Director General (DG), Pascal Lamy stated, "I believe the establishment of modalities as foreseen by the Hong Kong Declaration will require some sort of ministerial involvement during the last week of April, with a safety net beginning of May."

Secretariat sources revealed that Lamy was uncertain about the willingness of the G6 (US, EU, India, Brazil, Japan and Australia) ministers to move on the negotiations. However, being a very proactive DG, he is attempting to push ministers to make the movement he deems is necessary.

This call for "ministerial involvement" has taken the Geneva trade community by surprise. Given that according to most sources, nothing monumental came out of the 10-11 March London mini-ministerial, most trade officials here have worked on the presumption that the April timeline for the establishment of modalities was moot.

In the corridors, there are quiet murmurings that a "green room" ministerial of about 20 or 30 ministers will take place from 29 April to 2 May. [So called green room meetings are by invitation only and not open to all the members.) If this happens and a consensus of some sort emerges, a General Council meeting will quickly be convened to endorse this package. Countries without their ministers in town, or who are excluded from the Green Room negotiations, will find it difficult, if not impossible to break the consensus. Secretariat sources have said that there is no confirmation as yet that this mini-ministerial will be convened. There may not be a firm decision until much later in April depending on the state of negotiations later in the month.

Such important procedural matters should have been brought to the entire WTO membership for a decision. However, this has not been the case. In addition, by being vague about the end April process, and by not even providing a date when a firm decision will be taken, Lamy is de facto endorsing a small group of ministers taking the decision, and at a time of their choosing. Unless they are forewarned way in advance, most ministers looking at the current deadlock in the negotiations would conclude that it would not be a wise use of scare resources to make a trip to Geneva for a week or more in late April and into early May, especially considering that ministers have to come with a contingent of their technical experts. The majority of ministers will also be uncertain if they will even be let into the negotiating green room. Only those who are specifically invited have been allowed into green room meetings during ministerial conferences. The uninvited who dare to attempt to get in are turned away. The G6, on the other hand, may decide a week in advance of 30 April that they would like to negotiate in Geneva and possibly conclude a deal similar to the July package of 2004.

The July 2004 negotiations took place in the presence of only a small number of developing country ministers. This package was negotiated in a series of all night green room meetings. It was then put before the membership in the General Council. Most trade officials assume that this is the scenario Lamy wants to recreate.

In addition, if at that point Lamy is accused of being anti-democratic, the DG would simply answer that he had issued a standing invitation to all ministers as of 28 March. Their absence simply indicates their consent.

RULE-LESS PROCEDURES DISADVANTAGE THE WEAK
With the lack of clear rules of procedure (or rather, the leadership in the institution makes up the rules as it goes along) those countries with a small number of trade officials and few financial resources, and those who are vulnerable to political pressures, are the ones that lose out. In contrast, the UN makes known the timing of ministerial summits months, if not years, in advance. The parameters of negotiations are also made clear, and the process of how the negotiations are to be conducted is known to all and open to all.

By initiating a process where, de facto, only the better resourced members can afford to come to Geneva – to keep vigil in case the major powers decide to move ahead – Pascal Lamy is contradicting his own "bottom up" process because the "bottom" will largely be absent. As DG, he has the responsibility to be fair to all members and to ensure that any process he initiates effectively allows for the full participation of all. In this case, a decision should have been taken much earlier on in the year to ascertain whether or not the majority of ministers were willing and able to come to Geneva. There should either be full or nearly full ministerial participation, or no ministerial participation at the end of April. Lamy should already have indicated one or the other of these scenarios at the TNC meeting. If not, he should at least announce a date for such a decision to be taken so that the majority is not caught by surprise.

According to a trade official from an African country whose minister is usually involved in green room meetings,

"I don’t think we can blame Lamy for being unfair. When he made his announcement at the TNC, he put all of us on the alert. It is up to us to inform our ministers and if we do not, we cannot blame him for it".

However, the reality for the majority who are normally excluded is evidenced by the comments of a delegate from a small Caribbean country,

"If ministers, especially from resource constrained countries, are told that they have to be in Geneva in a week, it would be unlikely that they can juggle their schedules organized months in advance and get approval to use tax payers monies to attend an unscheduled meeting in Geneva. In addition, there is no clear indication if there will even be a meeting. One cannot summon a Minister from his/her national duties to attend a meeting that might happen over some period unknown to most.

"There will be Geneva week from the 24-28 April. Trade officials from the capital will be here, but likely their tickets will be set for them to return home on 29th or 30th April. It would be difficult for them to justify to their administrators and treasurer departments staying an extra week or so in early May because a ministerial meeting might take place as a "safety net". Furthermore, Geneva week participants are not ministers and may not be invited to small ministerial meetings."

MAJORITY ANGERED AT BEING MARGINALISED
This situation is simply another symptom of the current state of play where the main negotiations are taking place amongst only six members (G6 is US, EU, Brazil, India, Australia and Japan, see more in articles below). In fact, the current "mini-mini-ministerial" attended by Pascal Lamy in Rio de Janeiro from 31 March to 1 April is amongst just three members – Brazil, US and EU.

The exclusivity has angered many delegations in Geneva. Many have complained that although such informal meetings used to be tolerated in the past, and understood as being supplementary to the main negotiating process, the leadership in the WTO now functions as if these meetings are a central pillar in the negotiating process. "There was even once when all consultations in the WTO were called off because the G6 were meeting," remarked an African negotiator. Another official from Africa also lamented that briefings are held with the membership after these informal meetings to provide information on the outcomes. However, excluded members are not being consulted on the issues discussed or drawn into the decision-making process. "We are simply being informed," said the official

As a result of being marginalized developing countries’ concerns have not been addressed. One key issue is preference erosion, where the G90 countries (Africa, the Caribbean and the least developed countries, LDCs) want this taken up in the modalities, but so far nothing has evolved. The big players are only interested in offering aid, which African countries have said is unacceptable. They want a trade solution to preference erosion.

Also, the G33, representing 42 countries concerned with food security and farmers’ livelihoods, is protesting accepting a G6 package as a fait accompli. In a strong statement at the TNC meeting of 28 March protesting their exclusion, they said:

"We would like to stress the importance of building consensus through a bottom-up process guaranteeing transparency, inclusiveness, and the effective participation of all Members. We wish to underline that the lack of ownership of the process will carry a serious risk of failure for the organization." (1)

The G33 also registered their disapproval that "a very small group" has a disproportionate role in setting the direction of the process:

"We feel that the specific needs of developing countries are being continuously undermined and are at the risk of being marginalized in the current Agriculture negotiations. It is our considered opinion that this trend openly contradicts with Doha Development Agenda." (2)

In a similar vein, in an article published in the Financial Times on 28 March, the Zambian Minister, Depak Patel, (and co-ordinator of the LDCs in the WTO) cited Bob Geldof’s letter to the FT of March 10:

"In his letter to the Financial Times of March 10, Bob Geldof characterized the exclusion of Africa from the Group of Six meetings – involving the US, the European Union, India, Brazil, Japan and Australia – as a display of arrogance and a disgrace. Not only is all of Africa excluded from the G6 talks but so are the LDCs, which only highlights the dilemma faced by countries marginalised in trade talks:- we are weak because we are marginalised and we are marginalised because we are weak." (3)

Whilst Lamy proclaims that he is the champion of a "bottom-up" negotiating process, the story on the inside is completely different. The most critical negotiations are conducted amongst six members only (with at most 20-30 members in a possible green room meeting at the end of April), and negotiating procedures are stitched together at the last minute, once again denying the majority equal opportunity to participate. 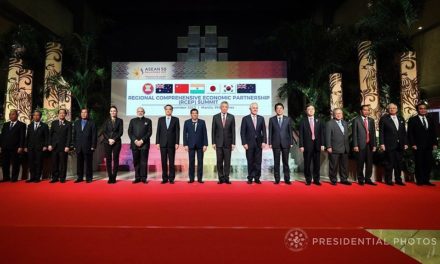