Focus on the Global South organized a tour called "The Real Hong Kong Tour" previously experienced in Cancun in 2003, to show a very different face of Hong Kong to journalists who are in town covering the World Trade Organization’s meeting.

Like many cities around the world, Hong Kong has traditionally been home to many factories, ranging from textile to plastics. Today most of these factories have moved to mainland China, leaving workers unemployed or working under poor conditions. Meanwhile rich Hong Kong residents, owners of these businesses enjoy comfortable lives, with domestic workers and cheap work force at their service in their factories.

The tour’s first stop was a shelter sponsored by KOTHIKO (Hong Kong Coalition of Indonesian Migrant Workers). Most of the workers come to Hong Kong to work in homes, through employment agencies in their home country where there are limited job opportunities or where jobs do not pay as much as domestic help abroad.

Employment agencies who operate in Hong Kong arrange for workers from abroad  to come to Hong Kong for a start up fee of two-months of the workers salary. Essentially, the women will take two months to earn their first dollar.

These women, mostly Filipinos and Indonesians, work everyday but Sunday and in some cases are treated like slaves. Many such women denied their human rights, at least according to the International Labor Organisation standards. Hamida, 25, told us of her story as a guest worker in Hong Kong and how it did not end as happily as she thought it would when she first departed from her small fishing village in Java.

After some time, things got so bad that she left her job at the Hong Kong house in which she was contracted because they did not pay her what was agreed. Her employer has disappeared and while she is trying to get what she earned, she waits in the shelter. Five months later she is still waiting for a result in the courts. She also tells the story of a friend, who was effectively imprisoned by her employer in the house for 7 months, unable to even make a phone call. Finally she jumped out of 7th floor window of the building and somehow survived.
She has since returned home to Indonesia this week.

Second stop of "Real HK" was the Hong Kong Women’ Worker’s Union, whose members are mostly those who had previously worked 10 to 12 hours a day in the garment industry when those factories were still in the island.  Since they moved to mainland China a couple of years ago, now many of these women are unemployed, and some work in different fields, for less money and more hardship.

The last stop, and the most difficult one to bare, was what they call the residence of the "Cage people." They are called as such, because these men rent a bed space in a linked rooms of an apartment building in the city The bunks are made of metal and look like cages.

We were told that the "cage" we were in is one of the ‘best’ in Hong Kong. It is an old bed space, where most of the workers have been living for more than a decade and 20 of them are sharing it.

Wong Dung, one of the residents told us his story, which started in Mainland China. He said, he moved to Hong Kong in 1966 to work in garment factories and that is what he has done all his life, until his factory was closed and re-located in mainland China in 1997. He has been living off his savings since then. He is retired, but has no family or friends but his cage mates, so he stayed.

The real Hong Kong tour was an eye-opener for most of the foreign journalists who have been dazzled with the glitzy side of Hong Kong.
It was also a great way of showing them how the trade talks they have been covering affected people around the world, especially those right in front of them. The terms they have been hearing in the past week, GATS, TRIPS, etc, finally meant something concrete: more misery for the developing world and the poor in the developed world. 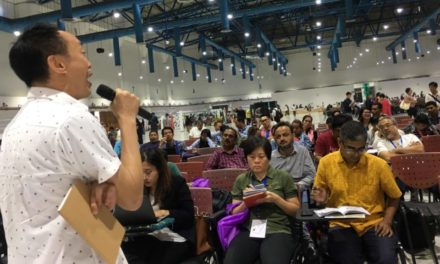 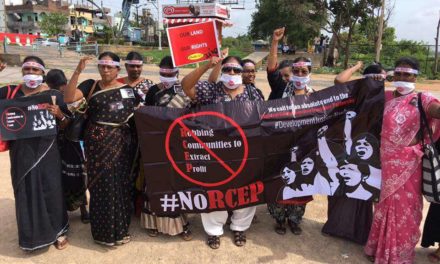 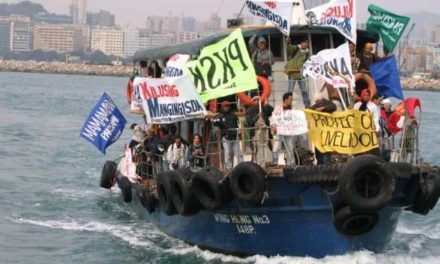