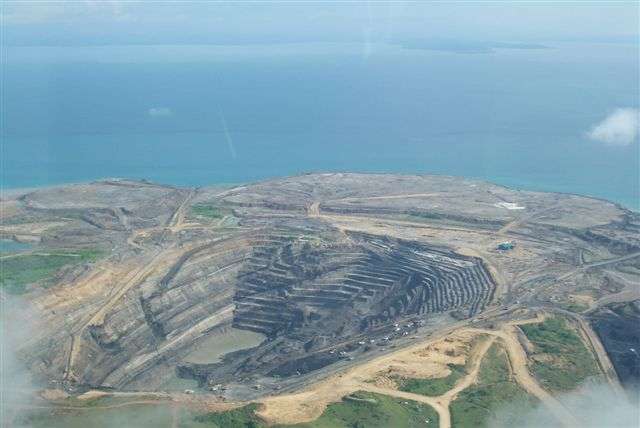 In the last decade, the resource-rich country of the Philippines has bet heavily on the mining industry as a strategy for development, but this focus has come under growing scrutiny. With 47 large-scale mines in operation and growing evidence of their social and environmental costs, all the presidential candidates in the May 2016’s election were forced to explain their position on, and their financial ties, to the extractive industry. Most candidates, including newly elected President Rodrigo Duterte, argued for ‘responsible mining’ and an end to ‘exploitative contracts’. Yet few candidates addressed whether a new Philippines administration could effectively enforce new regulations on a largely foreign-controlled mining industry.

Our briefing paper “Signing away sovereignty: How investment agreements threaten mining regulation in the Philippines “ argues that the possibility of properly regulating or even reversing damaging mines will be severely constrained by the network of investment treaties the country has signed which provide excessive protection for foreign investors. This legal investment straitjacket will only draw tighter if the Philippines proceeds with the EU-Philippines Free Trade Agreement, the Regional Comprehensive Economic Partnership (RCEP) , and the Trans Pacific Partnership Agreement (TPP).

The need for further regulation of the mining industry in the Philippines has become ever more obvious since 2004 when mining was declared a priority for ‘national economic development.’ Despite promises of economic growth, industrialization and jobs, the industry contributed less than one per cent of the country’s Gross Development Product (GDP). Moreover many mines have been found culpable of illegal demolitions, harassment of residents, polluting of water including the Rapu Rapu Gold Silver Copper and Zinc Mining Project and mining operations in Dipidio. Indigenous communities have been particularly hard hit as it is estimated that 66% of officially recognized ancestral domains of indigenous peoples are covered with mining concessions. Environmental damage has also been a major concern as almost 50% of all key biodiversity and protected areas are impacted by mining. The government has had to suspend several mining operations (Surigao del Sur, Zambales and Cagayan), mainly as a result of investigations on compliance with environmental policies.

Growing anger at the mining companies’ impacts led to the creation of the Alyansa Tigil Mina (ATM), a coalition of organizations and groups that have decided to collectively challenge the aggressive promotion of large-scale mining in the Philippines. They initially sought the scrapping of the 1995 Mining Act (RA7942), an end to full foreign ownership, a stop to large-scale mining and the formulation of the alternative minerals management bill  that would require strict regulations for mining. These demands became part of a national debate in the run-up to Philippine’s national elections.

However, as the paper shows, the mining industry has a very effective line of defense against regulation which is the existing network of investment treaties that the Philippines has ratified: 31 Bilateral Investment Treaties (BITs) and seven Free Trade Agreements (FTA) that include an investment protection chapter. These include treaties with Canada, Malaysia, Australia, South Korea, UK, Japan and China – all host nations of major multinational mining companies. All of these treaties, bar a very few exceptions, allow investors to sue the government at international arbitration tribunals when they consider their profits have been unduly affected. Extractive companies have been one of the sectors most prone to launch arbitration lawsuits, with 109 current cases globally relating to mining and extraction. Based on the 44 cases where there is available data, mining companies have sued States for a total of $53 billion.

The Philippines has yet to receive an investment arbitration case related to mining, but has already experienced one very costly case launched by German company Fraport. Although the Tribunal (the International Centre for the Settlement of Investment Disputes or ICSID under the World Bank) eventually dismissed the case, the Philippine government still ended up paying $58 million solely in legal fees, equal to the salaries of 12,500 teachers for 1 year.

In May 2015, Mayor Rodrigo Duterte of Davao challenged those opposing the newly passed ordinance in Davao City banning mining to “sue us”.  While Duterte’s tone might have changed slightly with his more recent pronouncements supporting responsible mining, statements like these from Filipino politicians on regulating the mining industry – if followed through- will almost certainly lead to more arbitration lawsuits. Denying or revoking mining permits because of environmental concerns or violation of the human and social rights of the indigenous communities is the reason that has led to at least ten investment treaty cases. The governments of Bolivia, Peru, South Africa, Indonesia and Mongolia have all faced costly lawsuits after taking measures towards the mining industry that aimed to tackle tax fraud, make a company comply with an agreed pollution clean-up, and remedy past discrimination.  Meanwhile, Indonesia and South Africa ended up lowering environmental standards in order to put an end to lawsuits.

Time to roll-back Investor protection, not extend it

Growing numbers of countries are realizing the financial, social and environmental costs of the system of investor rights – with countries as diverse as Indonesia, India, Bolivia, Australia and South Africa revising their investment treaty policy. In Europe, massive public concern on the issue (that prompted 150,000 public comments to the European Commission, 97% of which rejected ISDS) has almost derailed the Transatlantic Trade and Investment Partnership.

That is why the Philippines’ move to negotiate RCEP and the EU-Philippines FTA, which will extend investor rights with more countries, is a dangerous step and one that will prevent effective regulation of Philippine’s mining industry. Worst of all, unlike the existing Bilateral Investment Treaties that can be terminated, it will be much harder for the Philippines to get out of these regional trade agreements.

The stark reality that communities across the Philippines facing pollution in their rivers and destruction of their lands have realized is that they are not just up against some of the most powerful transnational mining companies, but they are also up against an international trading system stacked against them. This complex web of trade and investment agreements has created an architecture of impunity that has made rejecting or even effectively regulating mining operations increasingly impossible. It is crucial that the Philippines starts to unravel this web by halting negotiations for further treaties and seeking to revise those in existence.

Negotiating away our right to regulate

From May 23-27 outgoing officials of the Department of Trade and Industry will start formal negotiations with the European Union for a EU-Philippines free trade agreement. Similar to the much talked about Trans Pacific Partnership Agreement (TPP), the FTA with the EU is a new generation agreement that goes beyond the liberalization of trade in goods and services. It is an ambitious agreement that would impose standards on intellectual property rights, and stronger investor protection including ISDS.

Can the incoming Duterte government reverse the path towards more FTAs pursued by the Aquino administration?  Will it have the political will to defend the State’s right to regulate investments particularly in contentious sectors like agriculture, oil and gas, mining and extractives in the interest of the Filipino people?# 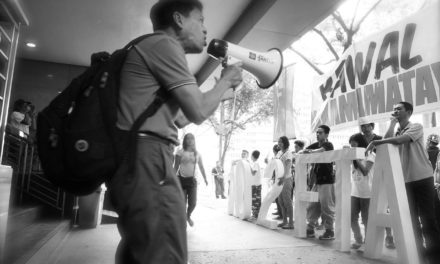