Today we conclude the International Peoples Forum vs. the IMF and World Bank (IPF), which was convened in Batam from September 15th to17th. Over 500 Indonesians participated in the Forum as did around 200 individuals from 25 countries representing at least 100 organisations.

The IPF, like other similar fora, has successfully demonstrated to the world that many diverse civil society organisations and social movements can meet in peace and unity, and have meaningful, in-depth and informed discussions on the policies and practices of International Financial Institutions (IFIs). Despite the many hindrances suffered by IPF convenors and participants in organising and traveling to the Forum, we met in a spirit of solidarity and cooperation to share information, insights and strategies on critical issues facing communities and peoples affected by World Bank and IMF operations.

We find the World Bank and IMF responsible for policies and actions that lead to the intensification of poverty and deprivation, the violation of basic human rights, the curtailment of basic political and civil liberties, the undermining of national sovereignty and democratic governance, and the subversion of the right to development.

We call attention to the numerous obstacles we faced in preparing the Forum which, among other things, forced us to cancel outdoor events and caused at least 100 international individuals to forfeit their participation. Our reports indicate that at least 54 individuals from 17 organisations were either banned from entering Singapore, detained at the Singapore airport without explanation, subjected to custodial interrogation and, regrettably, some were even deported. Furthermore, many continue to face problems entering Singapore as they travel home. We have yet to receive any explanation from either the Singapore government or the World Bank and IMF on why this has happened.

We take the World Bank and IMF to task on not meeting its promises to engage respectfully and openly with civil society organisations. The credibility of these promises has been seriously damaged ever since the World Bank and IMF were made aware of the restrictions Singapore would place on the freedom of assembly for civil society during the Annual Meetings. After it became clear to us that Singapore would not allow the Forum to take place within its borders, we moved the IPF to Batam , Indonesia. We pledge solidarity with those committed to building a vibrant civil society in states that restrict essential rights such as the freedom of speech and we appreciate the Indonesian Government for allowing us to host the Forum in Batam.

In response to the banning and mistreatment of our colleagues, we launched a boycott of official engagement between the World Bank and IMF and civil society at the Annual Meetings. After individuals were 'un-banned,' we re-affirmed the boycott and labeled the actions of the Singapore Government as 'too little too late'. Each and every participating organisation will now and in the future critically re-examine its relationship vis-à-vis the World Bank and IMF and our future engagements, while not losing our focus on holding these institutions accountable for negative impacts associated with their operations.

As a result of our analyses on the World Bank and IMF and drawing on our experiences in the last weeks, we make the following demands.

First, on the policies and practices of the World Bank and IMF, we re-invigorate The Global Call to Action Against the IFIs. In particular, we stress the urgent need for:

Second, in response to the restrictions placed on the IPF initiative:

Third, to ensure that there is full accountability and transparency of the IFIs to peoples and communities that are affected by IFI operations:

CONSTRUCTIVE ENGAGEMENT AND CONSTRUCTIVE INTERVENTION: A USEFUL APPROACH TO SECURITY IN ASIA PACIFIC 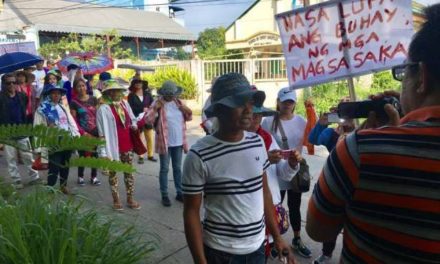