THE MULTI-STATE ANTI-TERRORIST INFORMATION EXCHANGE (MATRIX) project is a giant database that contains millions of personal information, including individual’s physical features, ethnicity, current and past addresses, phone numbers, criminal history, real estate information, photographs of neighbors and business partners, car model, credit history, marriage and divorce records, etc. The complete list of information is kept secret so nobody knows for sure – except those who access the database – what else the MATRIX keeps. Maintained by a private company in five US states, the database is partly funded by the US Department of Justice, controlled by the US Department of Homeland Security, and accessible to US officials.1

After 9-11, MATRIX programmers formulated a “terrorism quotient” to seek out “potential terrorists” among those with records in the database. This practice is called “data mining”: the computerized analysis of extensive amounts of personal information to identify patterns of behavior that supposedly indicate “terrorist” activity. This in turn is used for “profiling” or assigning of levels of risk to individuals. Based on the supercomputer’s calculations, a total of 120,000 individuals were found to have a “High Terrorist Factor” score. Their names were given to the US Federal Bureau of Investigation, the Secret Service, and other police agencies. Dozens were arrested but until now, their identities – and what eventually happened to them – remain secret.2

Though this sounds like a sci-fi plot, the MATRIX is real: its existence is neither denied nor classified. And while the government will dismiss this as a conspiracy theory, there is good reason to suspect that the MATRIX provides the model for what the government intends to do with all the information it wants to get it hands on through the proposed national ID system (NIS).

It is important to stress that what’s crucial to the national ID system is not the physical card itself but the vast amount of information to be linked to each card. Even the Supreme Court, in quashing former President Fidel Ramos’ earlier order to implement an NIS, recognized the government’s aim, saying that the system could give it “the power to compile a devastating dossier against unsuspecting citizens.”

Under the NIS, all Filipinos are supposed to be given a single “reference number” at birth, with all their personal information to be linked to it in a central database. Indeed, the government has moved to consolidate all the information in different government agencies in one system. Defense Secretary Avelino Cruz made has made clear what the idea behind this is, saying, “With one number for each individual, it is easier to check their files from a computer.3”

What they’re not saying out loud, though, is that the database is not just intended to keep people’s SSS, GSIS, TIN, and other records. Senator Panfilo Lacson’s bill specifically mentions that “minimal data shall be held in the ID card while more sensitive and confidential data shall be stored in back-end computer systems.” Interior Secretary Angelo Reyes said the IDs are to contain other “distinguishing features.” Cruz wants criminal records included. It is important to note that the set of data accessible to the owner of each ID is not intended to be identical to what will be collected and accessed by the government. The data will only be “confidential” to the bearer but obviously not to those who will keep them.

What does the government intend to do with all this “sensitive and confidential” information? There are efforts to cast the proposal as nothing more than an innocent plan to facilitate government transactions or, as Press Secretary Ignacio Bunye puts it, to make wallets less bulky.4 And yet, President Arroyo herself has explicitly said that the proposal is necessary to “to add more teeth in the fight against terror.5” This, incidentally, is also the avowed aim of the MATRIX. The NIS will be used to construct a massive centralized database of dossiers on all Filipinos in order to, first, keep an eye on all those that it will designate as “terrorists” and, second, to ferret out “potential terrorists” from the population.

Who gets to say who’s a “terrorist”? With the US’ and the Philippines’ close cooperation on the “war against terror,” it won’t only be GMA who will have the key to our local MATRIX and deciding who’s good and who’s not. There is reason to believe that Philippines’ NIS is part of an ambitious US-driven project to establish a global registration and surveillance infrastructure that aims to ensure that virtually everyone on earth is registered and that all of our movement, communication, and transactions are monitored, recorded, and stored in databases that are globally networked with each other and that are accessible to various governments.

Again, this may sound like an outlandish conspiracy theory but in fact, the requirements of this global surveillance infrastructure have been met by available technology and are already being put in place: There is a push for national ID systems, and the creation of their accompanying databases, not just in the Philippines but in many countries around the world. A de facto global identification system has been put in place with the adoption of biometric passports as an international standard. Alongside this is the expansion of a global system for tracking movement and for monitoring communications and transactions. National and international as well as public and private databases are being linked, networked, and made inter-operable in an unprecedented manner. “Data-mining” is proliferating.

All this is happening in a bigger context marked by the introduction of “anti-terror laws” around the world, accompanied by the growing harmonization among different countries’ security agencies. These “anti-terror laws” invariably legalize warrant-less arrests and indefinite detentions, loosen rules governing wiretapping, surveillance, and monitoring of personal communication and transactions, the freezing of assets, etc. — all without state officials having to prove that they have reasonable grounds to do so. In some cases, they include provisions that sanction secret searches, secret arrests and secret trials — in the sense that an individual is not allowed to report to anyone that he or she has been searched, arrested or is undergoing trial.

Will all these stop “terrorism”? Congressman Prospero Nograles, one of the NIS’ proponents in Congress recently admitted in a TV interview that “There is no guarantee.”6 Indeed, government officials are often at a loss when pressed to explain how exactly an ID system could possibly have stopped the latest bombing in Makati.

Will the NIS help to catch “terrorists”? It depends on who GMA or Bush casts as such: Nelson Mandela was once tagged a “terrorist”; Iraqis who are exercising their legitimate right to resist the occupation of their country, as enshrined in the Geneva Conventions, are “terrorists.” As the former director the Canadian Security Intelligence Services admitted, definitions of “terrorism” could “easily include behavior that doesn’t remotely resemble terrorism.7”

Activists, the political opposition, and virtually anyone whose existence and actions undermine the interests of those who have the power to decide who’s a “terrorist” will be especially vulnerable. Because discrimination is intrinsic to profiling and data-mining, Muslims will be more stigmatized than ever. But though they’re the ones who are most risk, it’s not just the activists or the Muslims who are in danger now.

With anti-terror laws presuming we’re all guilty unless proven innocent and with data-mining treating everyone as possible criminals unless our “terrorism quotient” shows otherwise, we are all “potential terrorists” now.
Not just any kind of “terrorist,” but card-carrying “terrorists.” We’ll all have IDs to prove it.

(Herbert Docena is an analyst with Focus on the Global South, a policy research and advocacy center. This essay is an abridged version of more detailed report entitled, “Under the Watchful Eye: The Philippines National ID System and the Global Project to Compile Dossiers and Keep an Eye on Everyone,” which can be downloaded at www.focusweb.org/pdf/NatID article-format.pdf)

2 Baran, “Welcome to the Matrix” 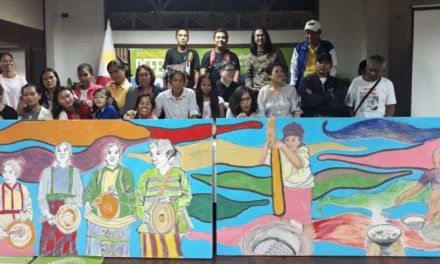 Insecurity in the Asia-Pacific region 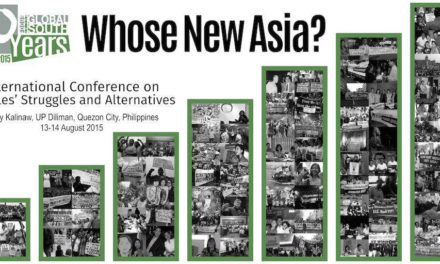