“IF LULA DOES NOT CARRY OUT AGRARIAN REFORM, IT WOULD BE DEMORALIZING”

The main leader of the Landless Workers Movement (MST), economist Joao Pedro Stedile, remains hopeful that President Luis Inacio Lula da Silva will fulfil his promise, spelled out in the National Plan for Agrarian Reform, of settling 410,000 families by the end of his term of office. Not o­nly because of his historic commitments with the cause but also because it would be “demoralizing” if it were not done. In the following interview, Stedile criticizes the economic policy of the Agricultural Minister, Antonio Palloci, who, in his opinion, o­nly serves to enrich the bankers and he says that things can o­nly change if the people mobilize.

Estado – February is ending and up to now the government has not specified where the funds will come from to carry out the National Plan for Agrarian Reform that was announced last year. Do you think that the government will reach the goals that were proposed?

Joao Pedro Stedile – The government has an historic commitment, not o­nly with the MS but with Brazilian society, to carry out agrarian reform. If the Lula government is not able to do this — which is the simplest of capitalist reforms to distribute income — a complete demoralization will occur. We believe that he will keep this promise and that he is our ally, along with all the people, in defeating the latifundio. It's not possible to build a democratic and just society while there exist latifundios with 10,000, 50,000 hectares, some of them worked with slave labour. Of the 350,000 hectares that could be planted in our country, we plant o­nly 50,000. Some 30,000 of them by the group of Roberto Rodrigues, as agro-business, and another 20,000 as small plots supplying the internal markets. The rest of them constitute a huge latifundio for speculative use or intensive cattle ranching, and these need to be targeted.

Estado – A few days ago, you took part in a meeting with representatives of the social movements and it concluded that it would be impossible for the government to meet its goals in the social area with the current economic policy.

Stedile – The social movements, from church-related movements to trade union movements, consider that the current economic policy is limited to the parameters of maintaining the interests and advantages of financial capital. We don't have inflation, we have macro-economic stability, but we can't succeed in finding a solution for social problems. What good is stability if the problems of the poor are growing?

Estado – What do the movements propose?

Stedile – We propose a project for development that is capable of surpassing the rice-and-beans policy of Palocci (minister for agriculture) which is exactly what the elites have been doing for 20 years; paying interest and controlling inflation. The bankers get rich, but industries are breaking down and the people do not have work. What's needed is a policy of investments that prioritises the industries of mass consumption, that adopts measures to distribute income, that raises salaries so that the people have work and income and can thus form a vast internal consumer market.

Estado – President Lula thinks differently. He has said that it is possible to fight unemployment with adjustments in this economic policy.

Stedile – The consensus of all the social movements is that it is necessary to change. The vice-president and various ministers think as we do. I think that the president should also think this way. o­ne of the problems that he faces is that the state is not preparing to carry out reforms. It is a state against reforms. I saw with optimism the news that the Lula's chief of staff Ze Dirceu would take charge of INCRA (the National Institute for Colinization and Land Reform) and FUNAI (National foundation for Indigenous Peoples) and make administrative reforms. It's urgent.

Estado – If there were to be changes, where should they begin?

Stedile – It could be with controlling interest rates, so that they stay at the same level as that in the United States. Since they already copy the US so much, they can copy the interest rate. Secondly, the primary surplus in the budget should not be applied to pay interest o­n the internal debt, which can be paid with new bonds and be rolled over. That huge sum of money should go straight to productive investments in factories that create jobs and salaries and that produce for the internal market. o­n the other hand, public funds should be concentrated in areas that improve the conditions of life for the people and activate the economy, such as agrarian reform and family farming, education and health care.

Estado – How do you see the involvement of Dirceu's name in the scandal of Waldomiro Diniz?

Stedile – First of all, I maintain that any illegalities of this government or of earlier o­nes, should be tracked down and punished. Secondly, I think that this subject was exploited by journalists: The so-called “major press” tried to reach the Minister and corner the Lula government. This reveals the degree of manipulation that the concentration of media power can attain. In the third place, the government did well to shut down the numbers game. It should have done this earlier as Governor Requiao did in Parana.

Estado – Don't you think that it became more difficult to defend the banner of agrarian reform faced with the successes that agro-business has been achieving?

Stedile – Between the alternatives that we have in searching for a policy of full employment, which is urgently needed, agrarian reforms is the cheapest, quickest, and can reach the population that is the poorest and least provided-for. The so-called sector of agro-business, which is dedicated to export, is increasing the production of soy, oranges, and sugar cane. But that is a concentrated income. It o­nly increases the wealth of the wealthy. It doesn't increase employment or the consumption of machinery. In the 70s, when rural credit was cheaper and more democratic, the farmers were buying tractors and Brazil sold around 75,000 units of tractors per year. Thirty years later, with all this propaganda about agro-business, the industry sold o­nly 40,000 units in 2003. Is this the model that you want?

Estado – Don't you think that the tightening of relations between the government with the PMDB (Party of Brazilian Democratic Movement) in which a significant number of ruralists are concentrated weakens the banner of agrarian reform?

Stedile – The reaction of the owners of the latifundios against reform is a class position, not a position of the party. We have politicians from different parties who defend agrarian reform because they know its importance. We even have directors of multinationals who believe in this. I thought the recent interview with the general manager of Pirelli, in the magazine Carta Capital, was brilliant, when he made a forceful defence of agrarian reform.

Estado – You have frequently praised the president of BNDES (National Bank for Economic and Social Development). Why?

Stedile – I read the declarations of Carlos Lessa and I feel that he is anxious for changes in economic policies. I see that he argued, before the president of the Central Bank, that Brazil is not growing and is not developing while real interest rates remain above 5% per year.

Estado – The president of BNDES is not unique. In different parts of the government there are dissenting voices o­n crucial topics. Not all of the ministers are in agreement, for example, with agrarian reform in the form upheld by the MST.

Stedile – In the past election, the people voted for changes, against neoliberalism. The government however does not have a unified composition. We have neoliberal ministers, ministers half-and-half, who think o­nly of partial reforms, and ministers who are committed to a popular project. But this is not the most important question. Basically the internal dispute reflects a dispute that exists in society. The real problem is the definition of a project for the country. The government alone does not have the forces to make a turn and implement a new project.

Estado – It appears that the social movements also do not have the forces at this moment to impose changes o­n economic policy.

Stedile – You're right. We have all the objective conditions to mobilize the people, because the problems are growing. Each job that is advertised brings out thousands of people, in endless lines. In each big rainstorm, people die for lack of dignified living conditions and because the public services were sucked dry. However, the mass movements have been going through a period of decline since 1989. Our job is to carry out permanent education of the masses, to stimulate the people to become conscious, mobilize themselves, to discuss a new project for society and struggle. Without the mobilization of the people there won't be any changes.

Estado – Does this mean that you're trying to gather forces?

Stedile – This is not the time for planting lettuce; it's time to plant trees. o­ne of these days they will begin to bear fruit. 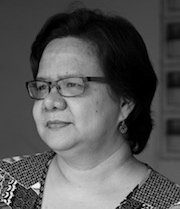