Development in the Bangsamoro: Whose Agenda and Interests?

The Bangsamoro Autonomous Region in Muslim Mindanao (BARMM) is a region in Southern Philippines that has been mired in decades of conflict rooted in exclusionary economic growth and historical injustice committed against the tri-peoples in the region (i.e., the Muslims or the Moro, the non-Muslim indigenous peoples or Lumad, and the migrant settlers).

Since the colonial period, land laws imposed on the region have deprived the tri-peoples of their access to the commons, favoring instead domestic and multinational corporations, landlords, and powerful clans. Development programs that facilitate access to land have also pitted the tri-peoples against one another, thereby creating a breeding ground for intercommunal conflict.

Over time, conditions of poverty, landlessness, and conflict have become intertwined, entangling the poor and the dispossessed in a seemingly inescapable vicious cycle. All the while, the powerful and the wealthy have been allowed to plunder and consolidate their control over the region’s natural resources.

In 2019, the BARMM was established through the passage of the Bangsamoro Organic Law (BOL) precisely to facilitate the region’s transition from conflict to autonomy. A crucial part of this transition process is the crafting and implementation of development plans.

In this infographic, we look at the development goals set by the Bangsamoro Transition Authority (BTA)—the interim regional government mandated to oversee BARMM’s transition—and assess whether or not these are being realized through the investments being pursued by the BTA. We also relay the impacts of these investments on the lives of communities that have long been excluded from mainstream development.

This infographic is based on an article written by Galileo de Guzman Castillo on investments in the Bangsamoro. 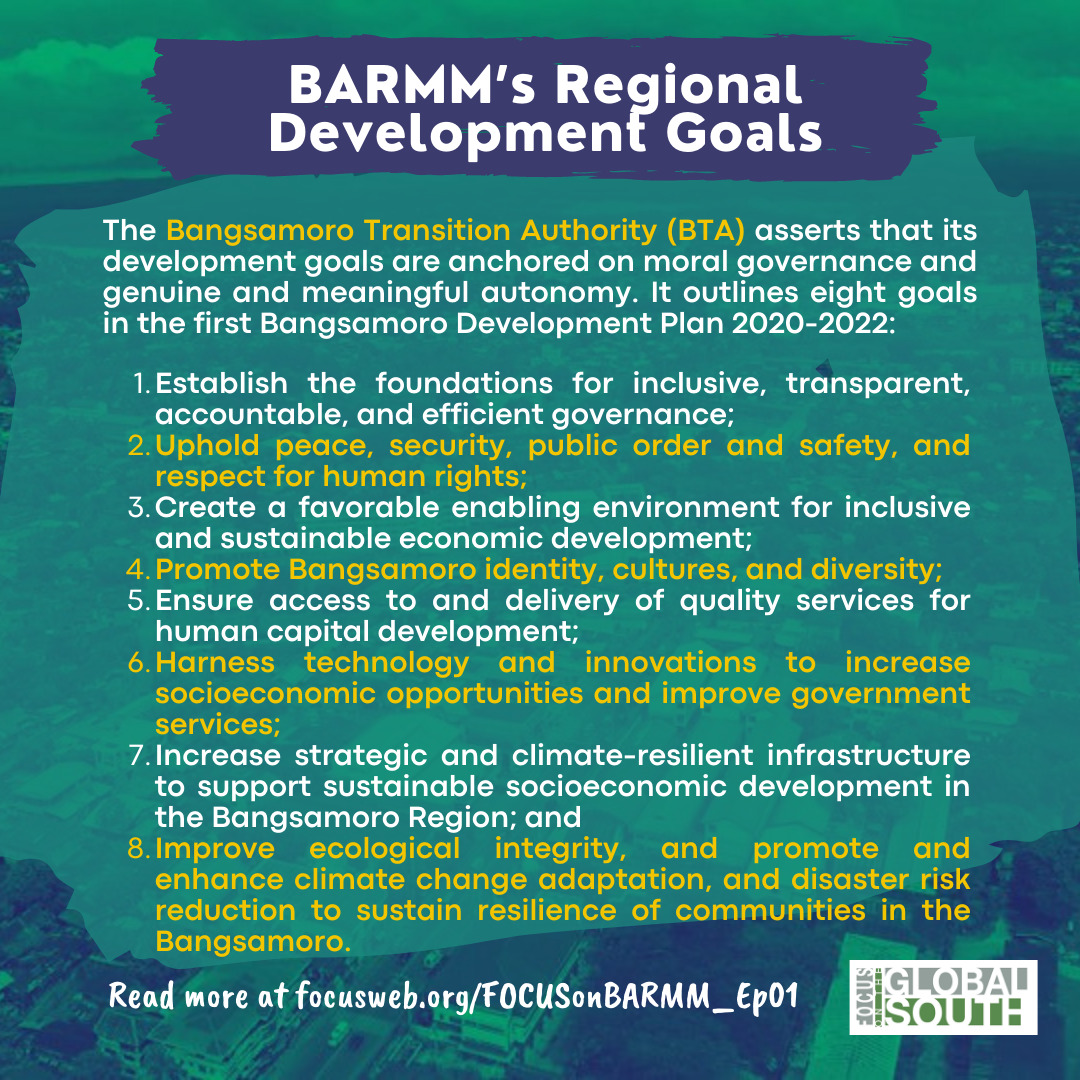 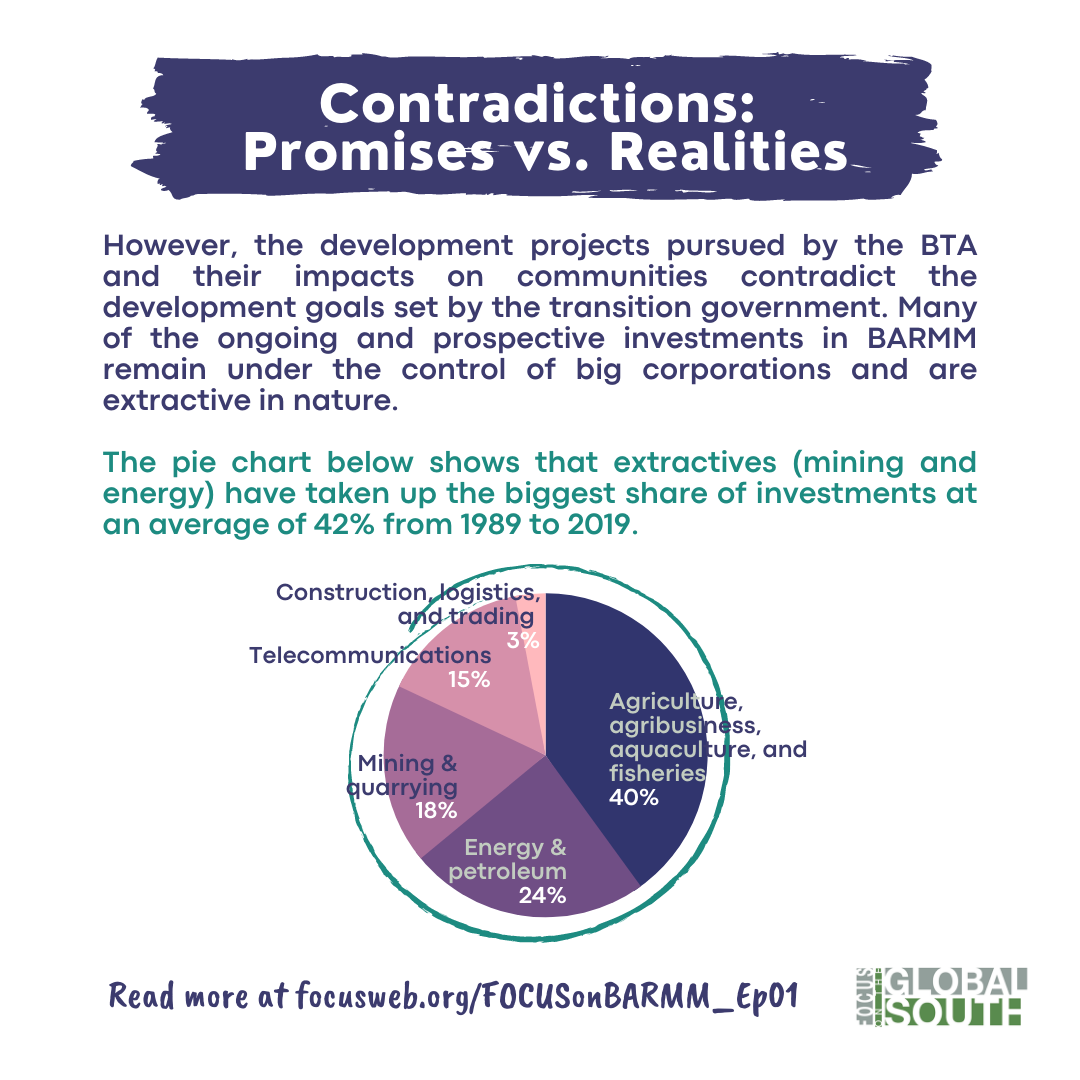 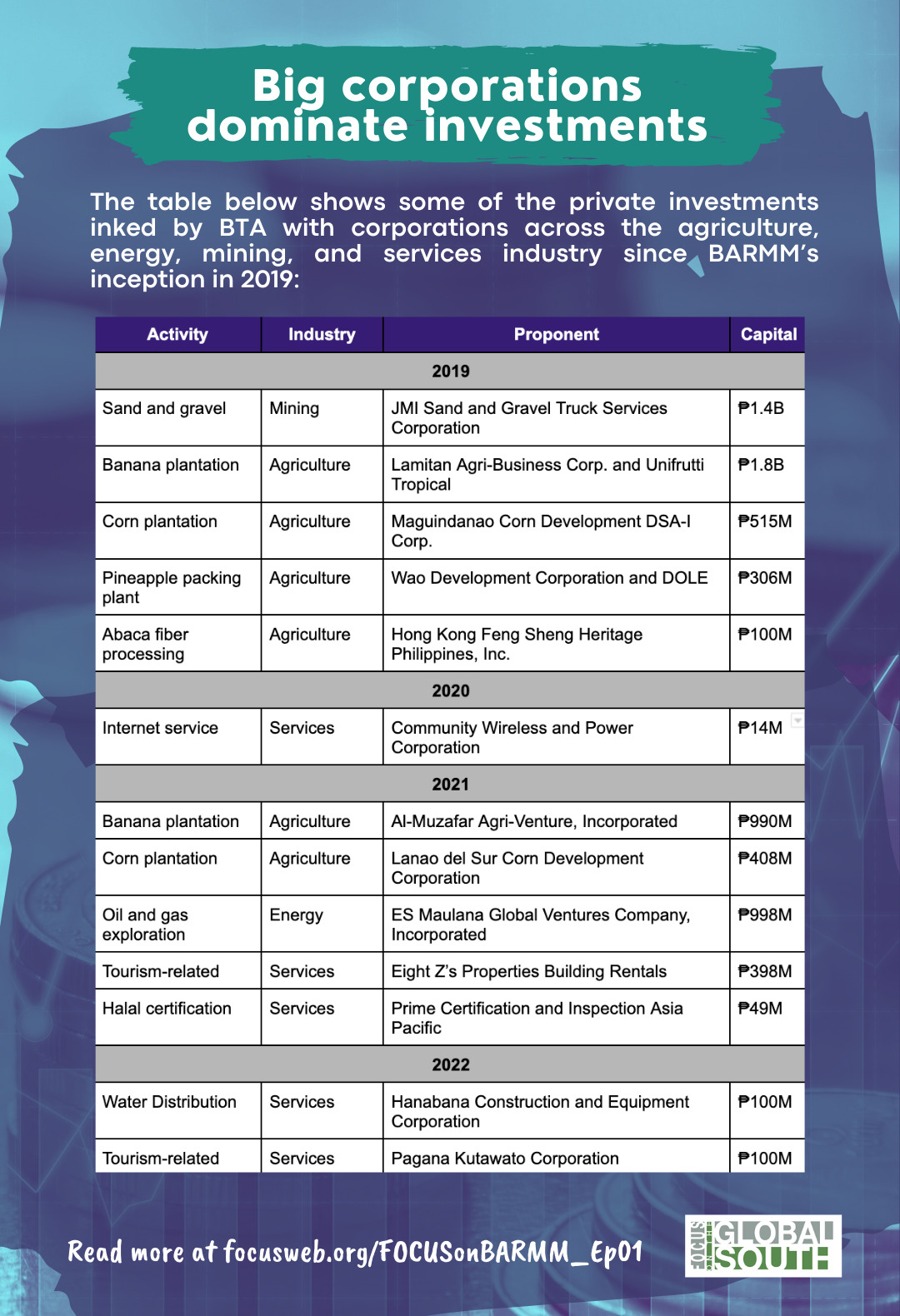 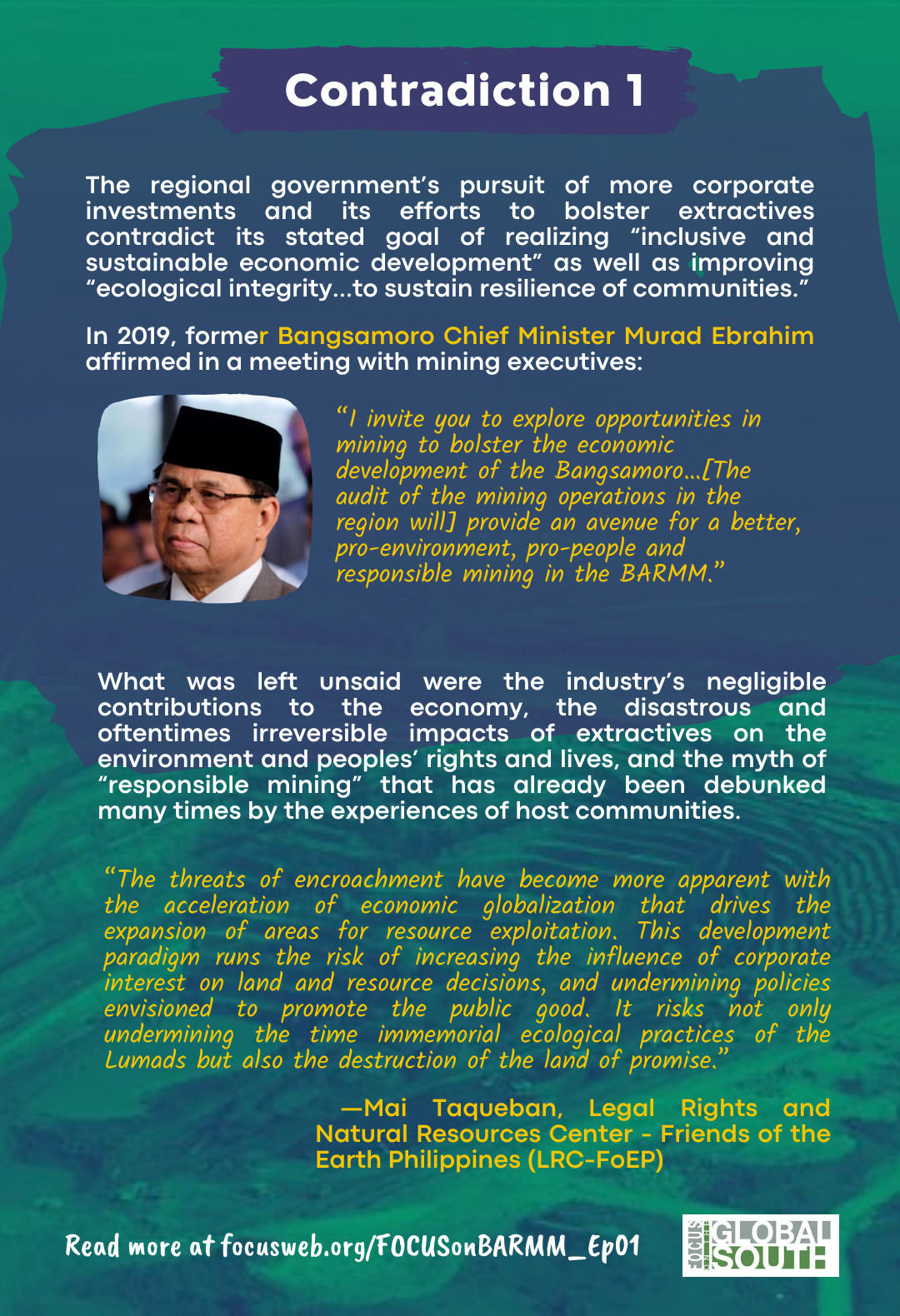 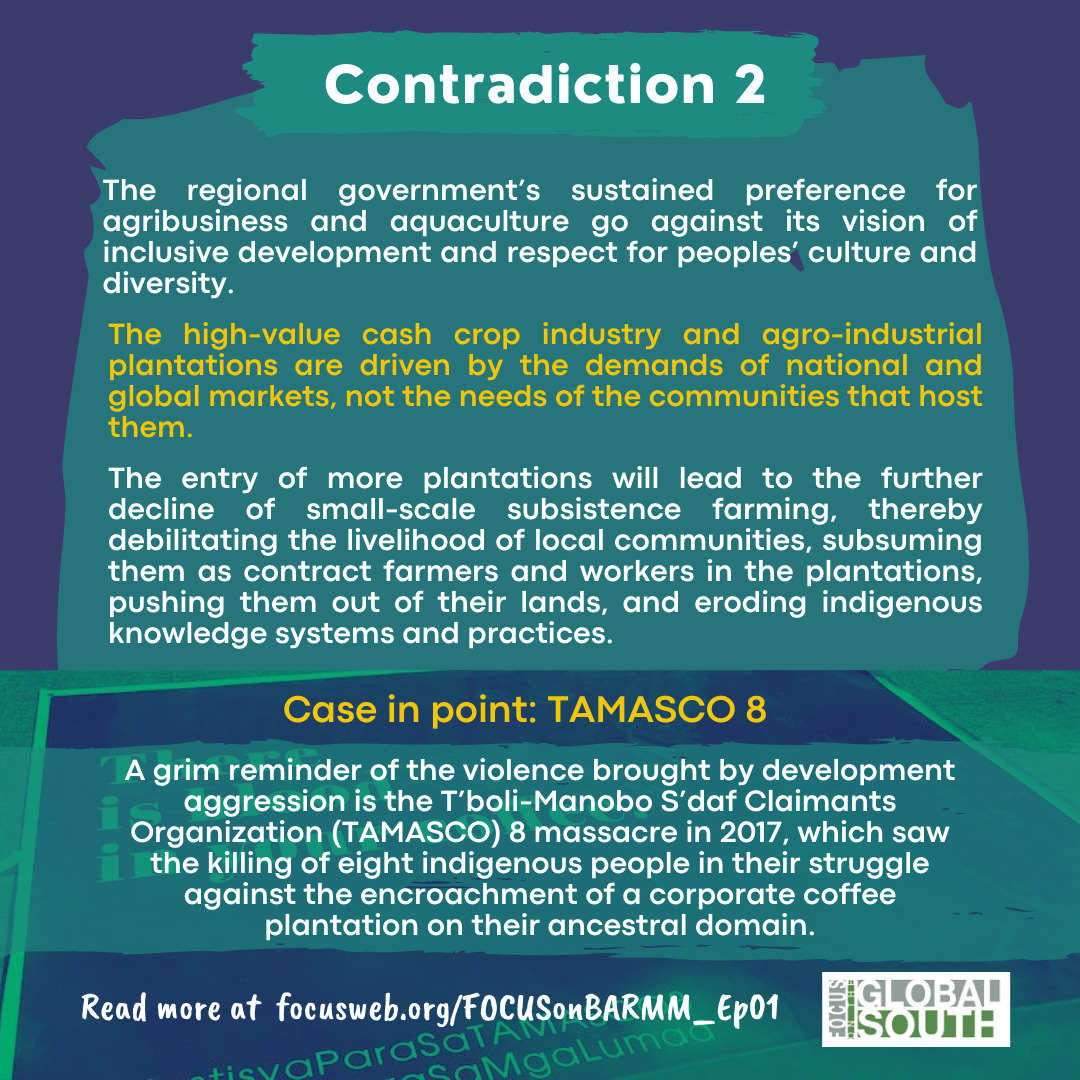 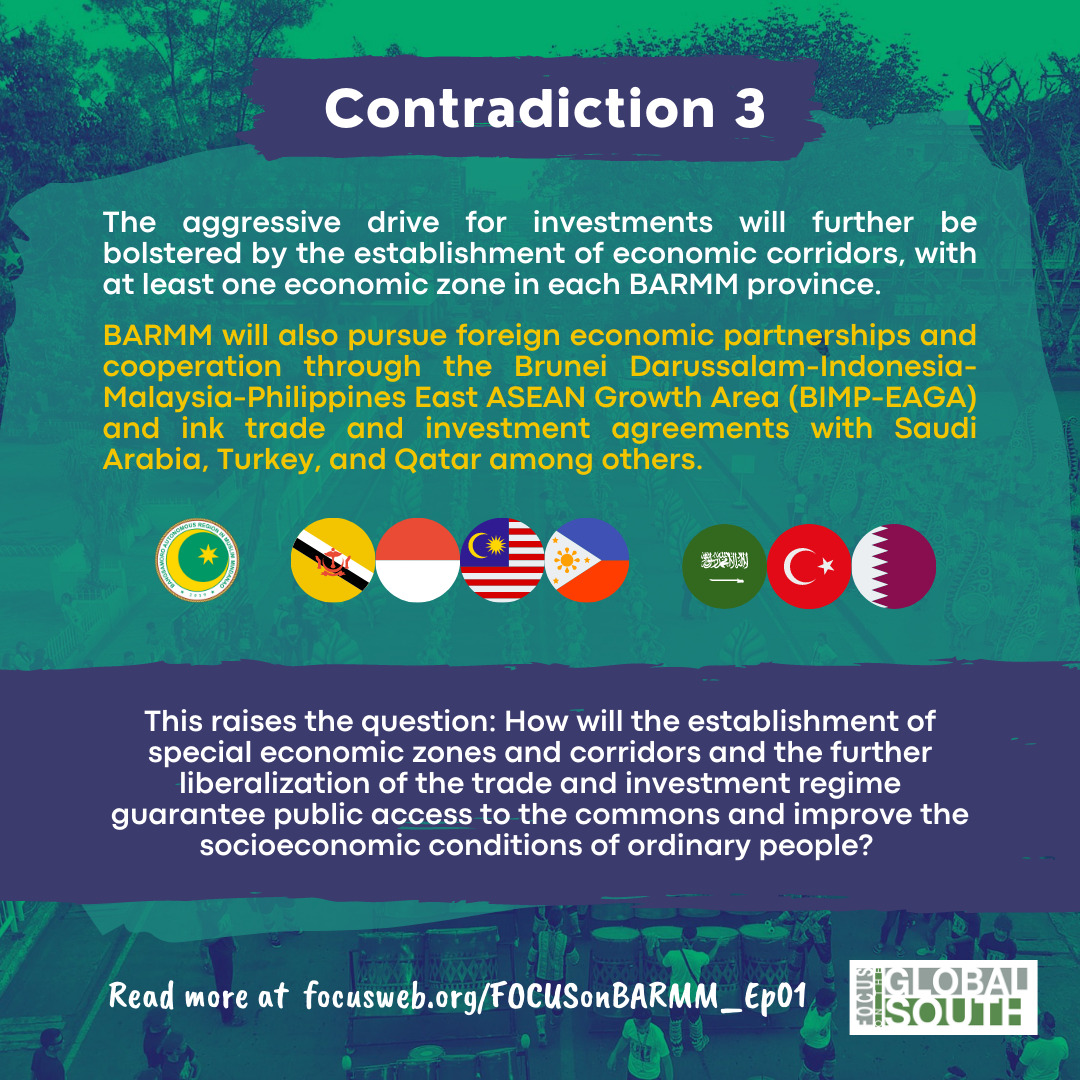 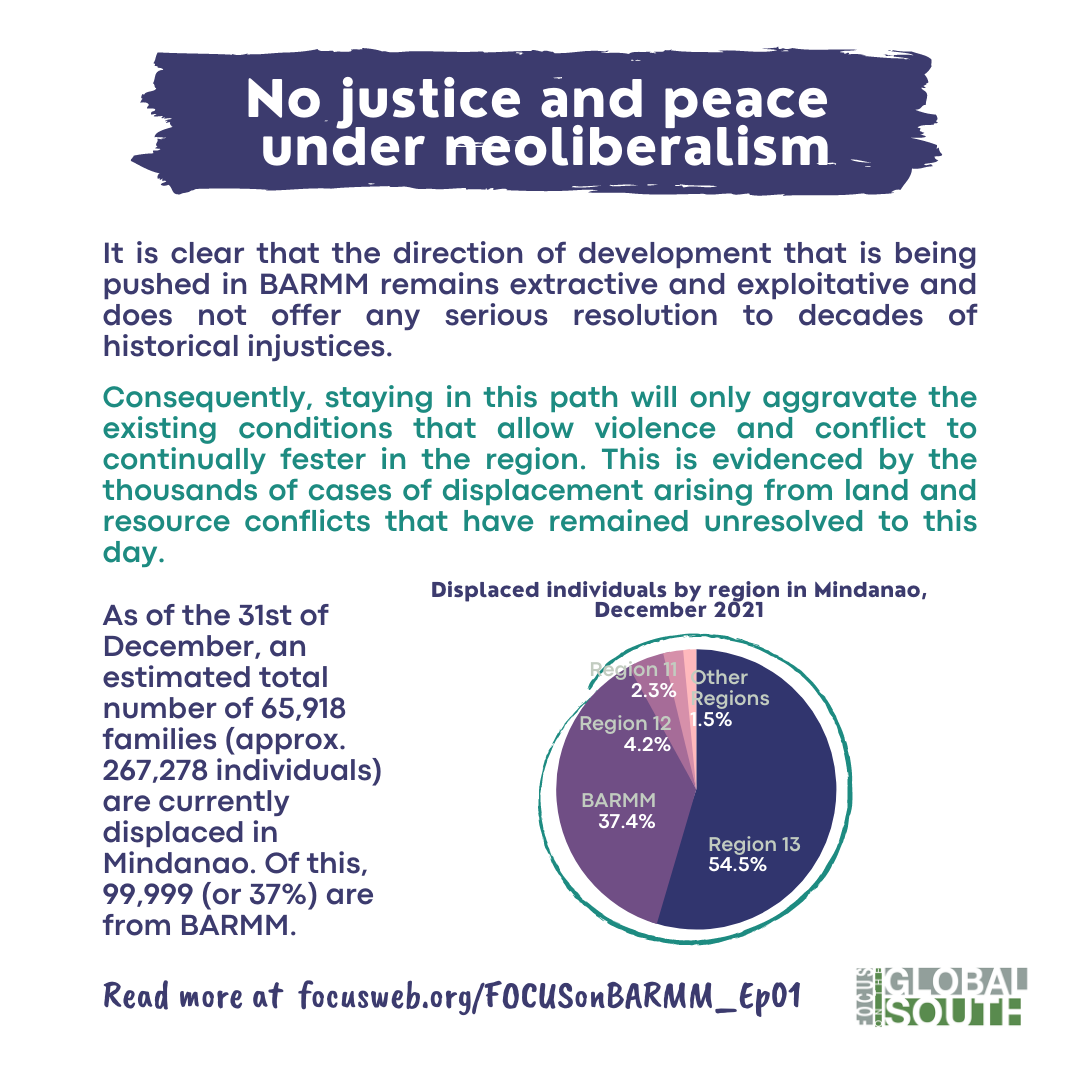 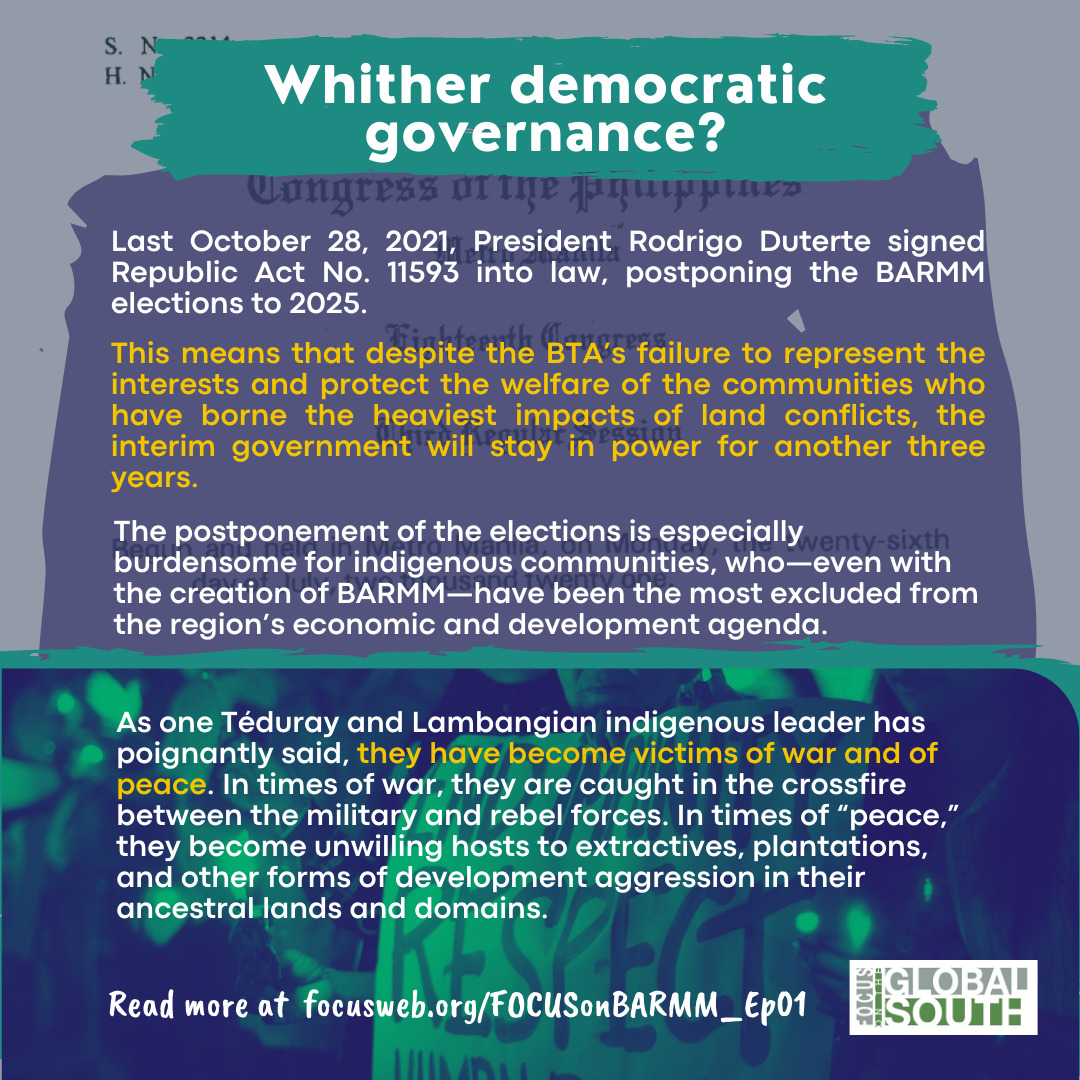 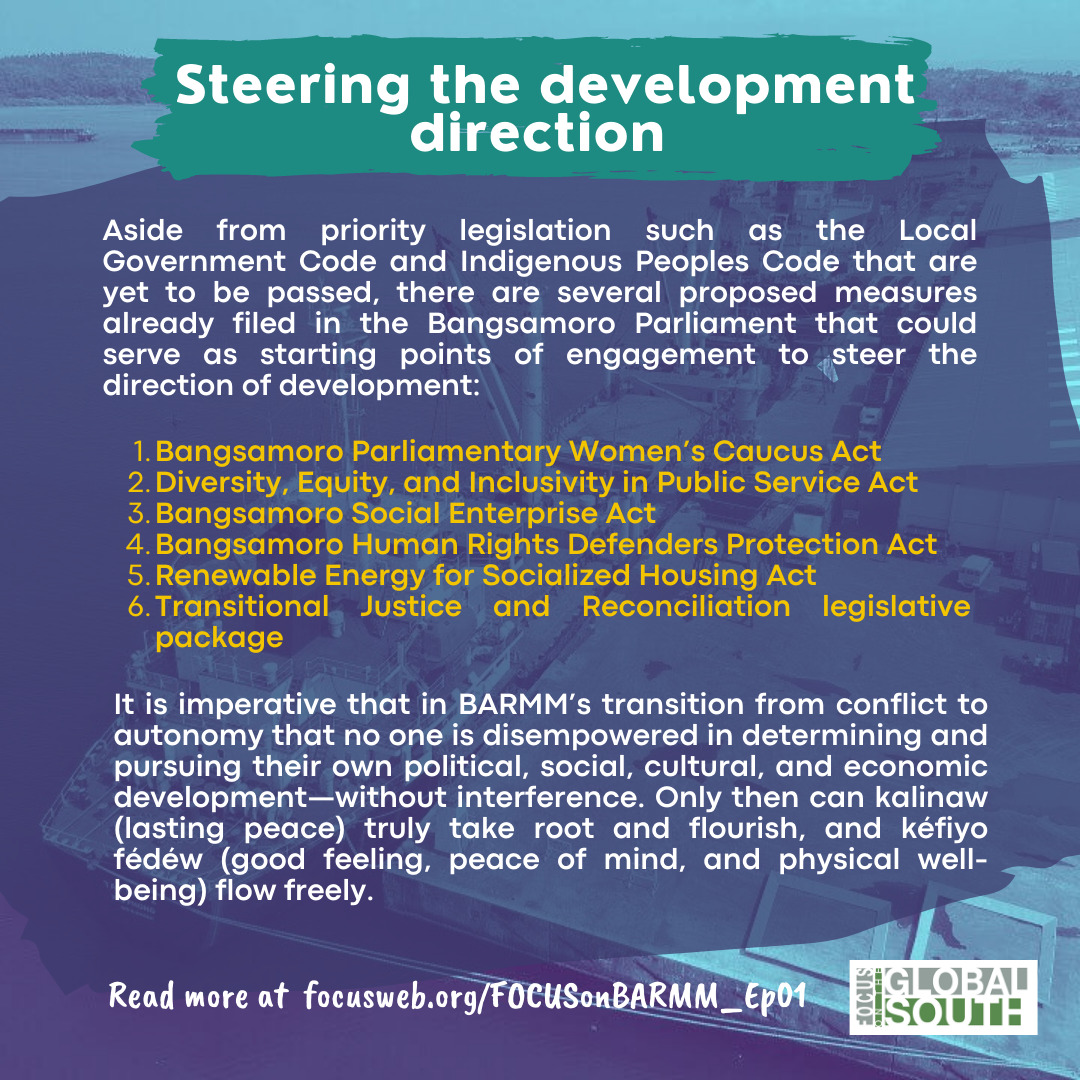 The Imperial War and the Empire of Memory

In the Name of Terror