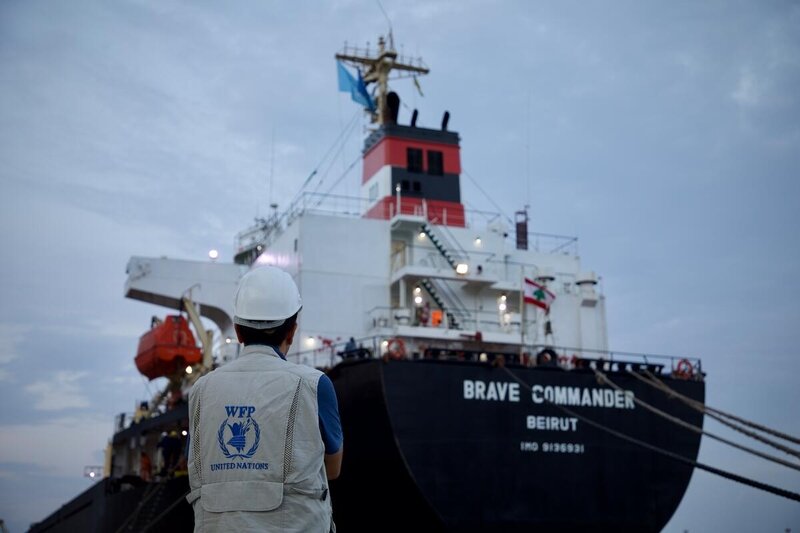 The Global Food Crisis, this time

A dossier by Focus on the Global South

A perfect storm is brewing in the global food system, pushing food prices to record high levels, and expanding hunger. The continuing fallout from the COVID-19 pandemic, the Russia-Ukraine War, climate-related disasters and a breakdown of supply chains have led to widespread protests across the global South triggered by the spiraling food prices and shortages.

As international institutions struggle to respond, some governments have resorted to knee-jerk ‘food nationalism’ by placing export bans to preserve their own food supplies and stabilise prices. While this is an understandable defensive response, the solution lies in a more systemic, transformative approach.

In this dossier, researchers from Focus on the Global South write about various aspects of the current crisis, its causes, and how it is impacting countries in Asia. These include regional analysis, case studies from Sri Lanka, Philippines and India, the role of corporations in fuelling the crisis and the flawed responses of international institutions such as the World Trade Organisation (WTO), the Bretton Woods Institutions and United Nations agencies. We also attempt to present national, regional and global aspects of a progressive and systemic solution as articulated by communities, social movements and researchers at multiple levels.

Articles will be published every week till mid-October. Other articles included in the dossier can be found under this tag here.

We are witnessing “terrifying levels” of global hunger according to David Beasley, head of the United Nations World Food Program. Food availability is said to be at risk on account of the Russian aggression on Ukraine, given that Russia and Ukraine provide 25% of world wheat and over 40% of Africa’s wheat supply. 98% of this grain is shipped out from the Black Sea Ports of Odessa. These ports had been blocked by Russia, preventing the grain from being shipped out.

The reasons for food insecurity are intersectional, as local farmers know. Wars, climate change, food prices and distribution, land ownership patterns, weather, soil conditions matter, as do the geopolitics and geoeconomics of food.

The Sanctions Regime: Turkey, Russia, Ukraine and the UN negotiated in June to have the blockade lifted and to monitor the movement of ships. Russian President Vladimir Putin complained that only 2 of the 87 ships that left the freed up ports reached Africa. However, UN reports cite that 25% of the grains from these ports is usually destined for the least developed countries and 25% for the middle income countries; yet much smaller amounts are now reaching them. The sanctions regime imposed by the West may be part of the problem. It is complex, and countries have claimed that it has been manipulated to prioritize the needs of the rich countries. For instance, fertilizers which Russia exports have gone to the European Union, but others face problems in importing them.

Big Agribusiness and Food Prices: There is also the issue of food prices being manipulated by the Big Agribusiness. Food production in Ukraine is now highly monopolized. US corporations like Blackrock, Cargill, Dupont have bought over 30% (17 million acres) of Ukraine’s arable land (the size of Italy).[i] 5% is owned by Chinese companies and much of the rest by Ukrainian and Saudi oligarchs. How did this happen? There used to be a 20 year moratorium in selling agricultural land farmed by cooperatives. This was, however, lifted owing to pressure from the International Monetary Fund, which made a US$17 loan to Ukraine conditional on the lifting of this moratorium. Despite polls showing that many Ukrainians opposed the lifting of the ban, this was done. In other words, even before they are transported, the prices of grain and other food from Ukraine are already partly determined by a few corporations, and these are further pushed upwards by transport problems related to the war and by the sanctions regime.

We point this out not to engage in a blame game– whether it is Russia, Ukraine, the West, or any other that bears responsibility. This is  to simply make the point that food insecurity is intricately linked to poverty, climate change, conflicts, wars, inequalities and the relentless search for profits.

The Global Consequences of War: UN Secretary General Antony Guterres has revealed that global hunger has doubled in just 2 years and over half a million people live in famine conditions, which is 500 times more than 2016. (UN, 18 May, 2022). Wars worsen the already critical hunger situation and have global consequences. The Russian aggression on Ukraine, followed by a long war of attrition and blind geopolitics, is no exception as countries and people far beyond the war zone are deeply affected.

The fallout of war, climate change, ecological destruction and unsustainable inequalities are linked to how and who gets food grains, fuel, fertilizers, and at what prices. All these vulnerabilities lead millions into greater misery and fuel new conflicts.

Food prices have been rising since mid 2020, and the rise of crude oil prices since 2020 has exacerbated this trend. Drought in Angola and Horn of Africa, in addition to local conflicts, also contributed to insecurity. Globally, 60 million children are acutely malnourished as of 2022 compared to 47 million before Covid-19. The Sahel and the Horn of Africa and many other places were already being besieged by hunger and malnutrition before the Russian invasion. The invasion and the geopolitical competition with the West that it exacerbated has made things worse.

It is important to emphasize that food insecurity risks democratic breakdowns, civil unrest, protests and riots, communal and inter-state conflicts. Conflict drives hunger and hunger drives conflict. In the first half of 2022 alone, 15 countries in the global South have already experienced food protests. So this war must stop now.

Need for a Coordinated Response to the Crisis: The World Food Program has called for an internationally coordinated response to the crisis of food security. Food aid is important but it is not enough. Promoting food security globally will demand a shift to sustainable just transitions to achieve common human security. As Macky Sall, president of Senegal and the African Union recently declared, “We can only face the crises if we work together.”[ii] This is no longer idealism but the only way.

[ii] Macky Sall, quoted in “Food insecurity in Africa existed long before the war in Ukraine” The Africa CEO Forum, June 20, 2022, at: https://www.theafricaceoforum.com/en/ressources/linsecurite-alimentaire-en-afrique-existait-deja-avant-la-guerre-en-ukraine/

Exposing the IMF in Singapore

THE US MILITARY: BRINGING HOPE “TO EVERY CORNER OF THE WORLD”