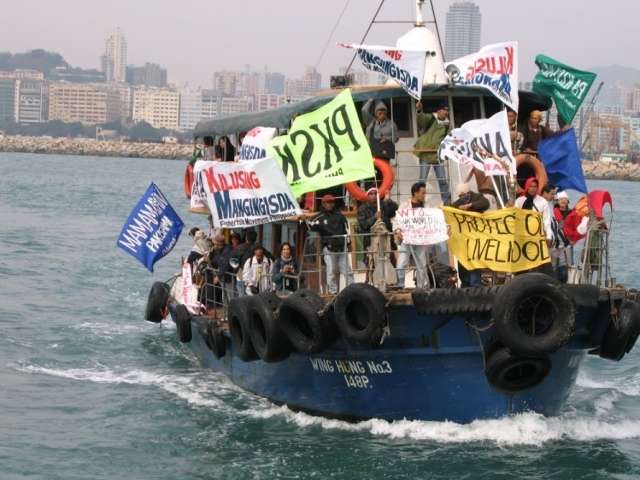 The Hong Kong Ministerial Meeting in 2005 is considered by Asian movements a milestone in the campaign against the WTO.  But despite the massive and militant protests in Hong Kong and across the globe, the ministerial resulted in an official declaration that paved the way for the continuation of the Doha talks after the two successive collapses in Seattle (1999) and Cancun (2003. In December 2013, the WTO goes back to Asia when the 9th Ministerial Meeting  takes place in Bali, Indonesia. It is important to retrace the Doha negotiations from Hong Kong to Bali.

The 6th Ministerial Meeting in HK was a turning point for the WTO. The fate of the Doha Round— whether negotiations for said round would move toward its conclusion by 2006 as envisioned or it would collapse over major critical 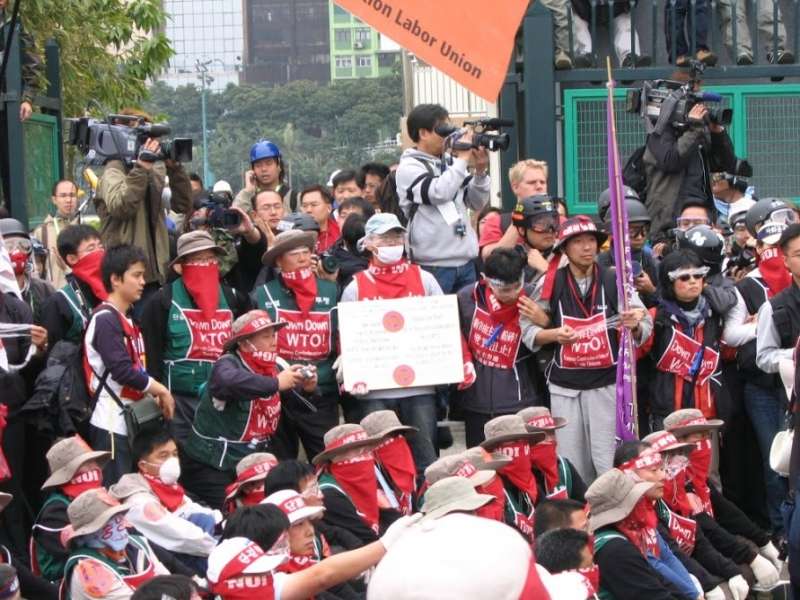 issues (the third collapse in a span of 10 years)—was to be decided in this major Asian city. If it were the latter, it would be  a big blow to the legitimacy of the WTO itself.

HK produced a Ministerial Declaration adopted 18 December 2005 that ‘put the round back on track’. This was hailed as an ‘interim deal’ reflecting, according to Pascal Lamy, a 60 percent completion  of the Doha Round.

In agriculture, there was consensus to eliminate export subsidies by 2013 ; also on the approach to reduce domestic support and tariffs and on some movements in the area of special products and special safeguard mechanisms.

In NAMA, the ambitious Swiss Formula for tariff reduction was adopted with no clear details on flexibilities for developing countries.

In services, the outcome was the adoption of Annex C which defines the objectives, and approaches and sets timelines for the services negotiations. Approaches include benchmarking, sector-based negotiations and plurilateral approaches to requests and offers.

The ‘deal’ was reminiscent of the flawed and undemocratic ‘July Framework’ of 2004 that was the basis of the negotiations.  The Hong Kong text was conveniently vague in most of the contentious areas, allowing little space for negotiations while very clear in certain areas of interest to developed countries. The objective was to project success in Hong Kong and prevent a monumental collapse of the Doha Negotiations.

What we got in agriculture was a commitment to reduce export subsidies in 8 years time when that should have been done 10 years ago. Developed countries are still allowed to provide domestic support amounting to billions of dollars.

The declaration glosses over the level of debate on flexibilities and the strong views expressed by developing countries that the issue of flexibilities strikes at the heart of the ‘development dimension’ of the round and should be a stand-alone provision.

In services, the most contentious has to do with BENCHMARKING and COMPLEMENTARY APPROACHES (including Plurilateral approach) which undermines the more flexible request and offer process. These proposals would have a coercive effect, forcing Developing countries to liberalize more sectors and commit deeper liberalization.

After the touted progress made in Hong Kong three years earlier, a mini-Ministerial Meeting was held in Geneva in 2008. The momentum that proponents were hoping for however was not sustained in Geneva and the talks collapsed. The more contentious issues glossed over in Hong Kong, for the sake of projecting progress, resurfaced and triggered major disagreements among WTO members. One of the main sticking points was special safeguard mechanism, where the interests of import-sensitive China and India were pitted against the U.S. demands for predictable market access to farm products.[1]

Developing countries resented the direction of the talks away from the development objective. The 7th Ministerial Meeting was held again in Geneva in 2009. Characterized as a non-negotiating session, the Ministerial was organized as a platform for review of the WTO and the Doha Round in the wake of calls for institutional reforms and of the stalemate in the negotiations. In the midst of the global economic crisis, the conference was also meant to send a strong message on the importance of the WTO as a ‘stabilizing force’ amid the economic crisis.[2]

Conference Chair Nigerian Trade and Investment Minister Olusegun Olutoyin Aganga issued “Elements for Political Guidance” which was to provide yardstick for the WTO’s current political agenda in the lead up to Bali. The document stressed three main critical areas and imperatives:

Re-emphasizing the importance of the multilateral trading system as a way to combat protectionism in a time of economic crisis The other pillars of WTO’s legitimacy highlighted in the document were the institution’s bureaucracy, 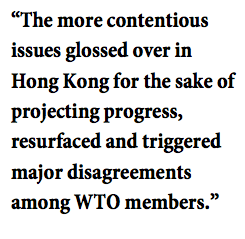 the dispute settlement body, and the process of membership accession.

Propagating the linkages between trade and development and pushing a strong reaffirmation that development is a core element of its work Special emphasis was given to “assisting developing countries particularly LDCs to further integrate.” The elements of trade and development emphasized in the document were: (1) Prioritization of LDC interests; (2) Need to address ‘cotton’ ambitiously in the agriculture negotiations; (3) Reaffirmation of the integrity of the special and differential treatment, and;  (4) Aid for trade.

Conclusion of the Doha Development Agenda With the continued impasse in the negotiations, a second-best option that was  being contemplated was the conclusion of provisional or definitive agreements in certain areas ahead of the full conclusion of the single undertaking.  In earlier articulations, Pascal Lamy had hinted of a Doha-light package that would include the areas where Members had reached considerable consensus. The message to members was to “fully explore different negotiating approaches.”

The 9th Ministerial Meeting of the World Trade Organization is scheduled for the first week of December 2013 in Bali, Indonesia. The Bali Ministerial is envisioned yet again to provide the spark to re-energize the otherwise moribund multilateral trade talks and safeguard the legitimacy of the WTO as the pillar of the multilateral trading system.  The main outcome envisioned for Bali is an Early Harvest Agreement, also called the Bali Package, which is a set of proposals under the Doha Round on trade facilitation, agriculture and commitments to least developed countries (LDCs) that have already generated considerable consensus among the members.(See section on Bali Package)