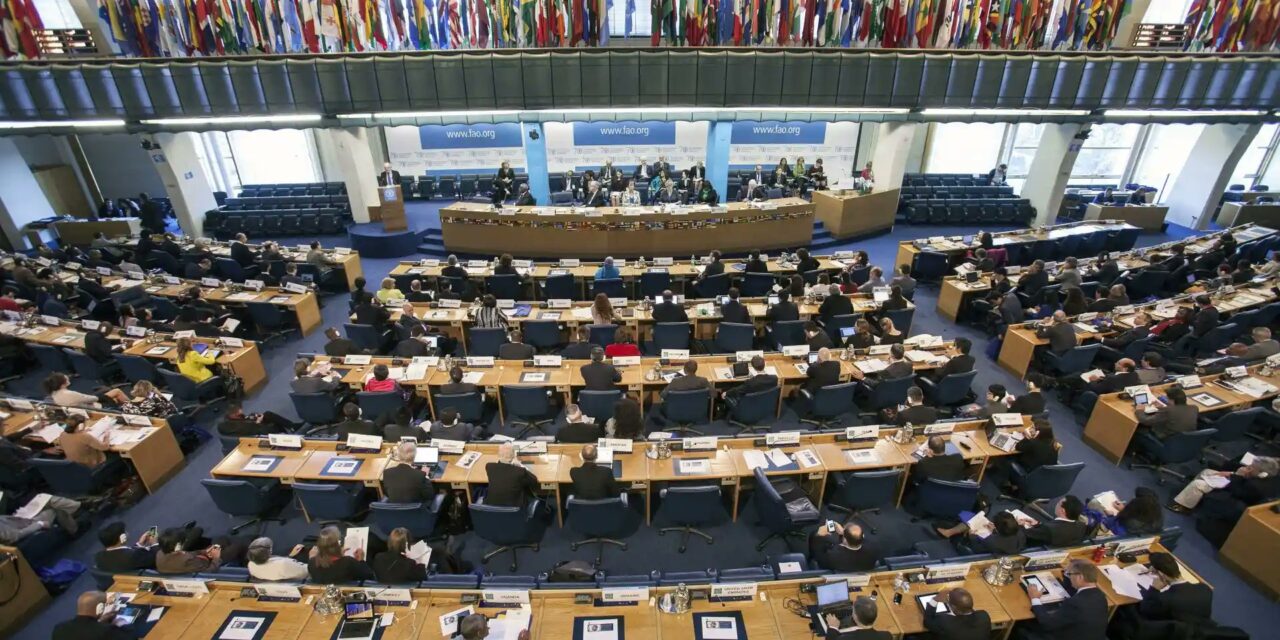 Rome, Italy. 9 October 2022. Hundreds of civil society and Indigenous Peoples’ representatives are gathering in Rome and online for the annual Plenary of the UN Committee on World Food Security (CFS), the foremost inclusive and intergovernmental institution addressing global food policy. They will seek political will and policy tools necessary to address the current world food crisis, which has seen the number of people affected by hunger grow by about 150 million since the outbreak of the COVID-19 pandemic.

United under the umbrella of the Civil Society and Indigenous Peoples’ Mechanism (CSIPM), representatives will turn to the CFS as the only forum that can foster global cooperation and coordinated action against the brutal effects of the pandemic, the Ukraine war and the climate emergency on food security. The CFS is the only multilateral body that prioritises a human rights-based approach to achieve the SDG2 of zero hunger with full participation by rights-holders. Through the CSIPM, communities most affected by hunger and malnutrition have an effective seat at the CFS table and can shape the policies that come out of it.

As the CSIPM most recent report Voices from the ground highlights, official responses to today’s multiple crises and their impact on the right to food have hardly taken into account the voices, experiences and political demands of communities on the frontlines of hunger – nor the solidarity-based solutions that they have gotten underway to fill the gap left by inadequate government action. In contrast with the fragmented and misdirected policies and strategies that governments and international agencies have been deploying in response to the food crisis, their hope is that the CFS will take bold action and lead a transition away from crisis-prone food systems that prioritise profit over human rights.

With this premise, CSIPM’s constituencies – smallholder farmers, pastoralists, fisherfolks, Indigenous Peoples, agricultural and food workers, landless, women, youth, consumers, urban food insecure, consumers and NGOs – will participate at the CFS plenary session and call for a number of shifts needed in the global economy, finance, trade and debt architecture to effectively and swiftly respond to the crises that prevent people from exercising their right to food. Among these changes is the need for countries to break food import dependence and support domestic food provisioning, limit corporate power and transform trade rules. CSIPM demands a transition away from fossil fuel-based, unhealthy, industrial food systems, towards community-controlled, biodiversity-based food systems that place food sovereignty and agroecology as the ultimate solutions to global hunger and malnutrition.

CSIPM’s constituencies will also demand CFS participants to address all structural causes of inequalities in their deliberations and policy convergence processes, ensuring people who have been historically oppressed, and who suffer the consequences of multiple and intersecting forms of discrimination, can realise their human right to food. One of their main messages to the plenary will be that it is impossible to reach global food security without addressing issues of inequality, power and injustice.

Equality is an important keyword for the Women and Gender Diversities Working Group of the CSIPM, who has been tenaciously participating in the negotiations of the CFS Voluntary Guidelines on Gender Equality and Women’s and Girls’ Empowerment earlier this year. Although not binding, the Guidelines are an important step towards mainstreaming gender equality and gender diversity in food policy, thus contributing to ensure that those who often suffer the most from hunger – women, girls and non-binary people – have their fundamental rights protected.

After months of negotiations on a text that reportedly met a wide range of expectations and political positions, in July, a group of six countries stonewalled the process on the basis that some issues were controversial and outside the CFS’ mandate. The CSIPM Working Group will launch a public declaration on Tuesday 11 October to convey its profound disappointment and push for the negotiations to continue. They will call for policy coherence, specifically for the inclusion in the final version of the Guidelines of language that has already been approved in other United Nations fora, such as intersectional approaches to gender, or sexual and gender-based violence.

The Plenary session will also table the recently negotiated Policy Recommendations on Promoting Youth Engagement and Employment in Agriculture and Food Systems for Food Security and Nutrition. The CSIPM Youth Working Group will convey their assessment of the Recommendations on Wednesday 12 October. Among other aspects, the Youth Working Group finds that the document falls short in identifying and dismantling the systems of oppression that impede youth’s rights to be fully realised, including the right to food and food sovereignty. The group evaluated the final version of the Policy Recommendations and determined that various aspects of the text are not in alignment with international human rights law. Most egregiously, at a time when food insecurity caused by climate chaos is skyrocketing, the group finds it outrageous that climate change and biodiversity loss are not mentioned in the Policy Recommendations as the most serious threats to food systems and the futures of the youth.

Join the CSIPM virtual side events during the CFS Plenary 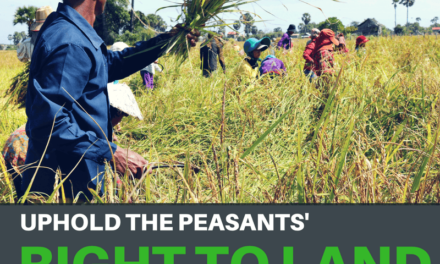 Towards Human Rights Governance of Land and Natural Resources