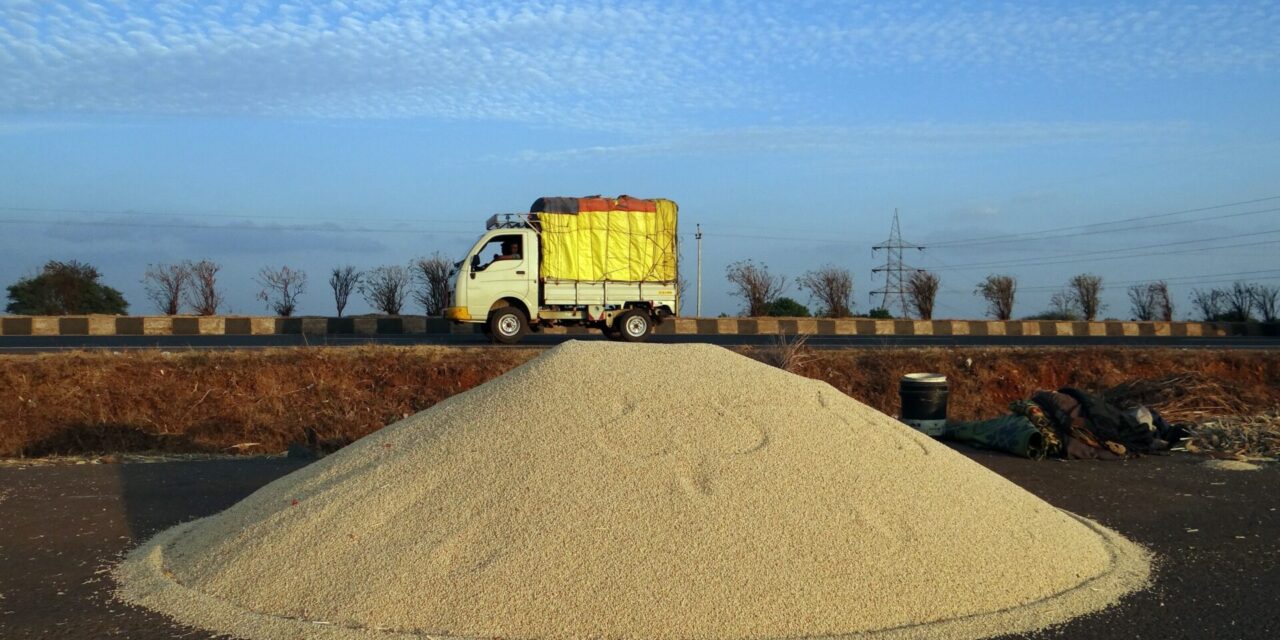 The global food system has been very much front and center in the COVID-19 story.

Everyone, of course, is aware that hunger is closely tracking the virus as its wreaks havoc in both the global North and global South. Indeed, one can say that, unlike in East Asia, Europe, and the US, the food calamity in South Asia preceded the actual invasion of the virus, with relatively few infections registered in India, Pakistan, and Bangladesh as of late March 2020—but with millions already displaced by the lockdowns and other draconian measures taken by the region’s governments.

In India, for instance, internal migrants lost their jobs with just a few hours’ notice, leaving them with little money for food and rent and forcing them to trek hundreds of kilometers home, with scores beaten up by police seeking to quarantine them as they crossed state lines. An estimated 139 million of these internal migrants, largely invisible in pre-COVID times, suddenly became visible as they tried to reach their home states, deprived of public transportation owing to the sudden national lockdown.

With people dying along the way, a constant refrain in this vast human wave was the desperate cry: “If coronavirus doesn’t kill us, hunger will!”

But the food question has been a key dimension of the pandemic in another way: the measures to contain the spread of the virus have underlined the extreme vulnerability of the global food supply chain.

With the COVID-19 pandemic poised to make its assault last year on South Asia and Africa, which health specialists thought to be the continent most vulnerable to the virus, the heads of the World Trade Organization, the World Health Organization, and the Food and Agriculture Administration made a joint declaration in late March that since “millions of people around the world depend on international trade for their food security and livelihoods”, governments had to refrain from taking measures that would “disrupt the food supply chain”.

What the international agencies feared was a repeat of the 2007-08 food price crisis, when disruptions of the global food supply chain triggered by export restrictions by key grain supplying countries like China, Argentina, Vietnam, and Indonesia forced food prices to skyrocket—adding 75 million people to the ranks of the hungry and driving an estimated 125 million people in developing countries into extreme poverty.

But the current threat to the global supply chain is not just a potential one. The chain is already breaking down at one of its most critical links: migrant labor.

The pandemic has exposed the degree to which farming is dependent upon migrant workers, with more than 25% of the world’s farm work done by these itinerant laborers. In an excellent survey, Jean Shaoul tells us that some two-thirds of these 800,000 difficult and backbreaking jobs, whose main features are low pay and long hours, are filled in the harvest season in Europe by workers from North Africa and Central and Eastern Europe. But the Schengen area, comprising 26 European states, has banned external visitors for 30 days and closed many borders.

“Labor is going to be the biggest thing that can break” in the United States food supply chain as well, Karan Girotra, a supply-chain expert at Cornell University told the New York Times. “If large numbers of people start getting sick in rural America, all bets are off.”

Indeed, belonging to an essential industry, farm workers and workers in the downstream food processing and food retail sectors are in the frontlines of the struggle to contain COVID-19. But many of them are deprived of the most basic protective gear, like facemasks, and work in crowded conditions that make a mockery of social distance rules.

But the global supply chain is not only threatened by problems at the production and processing ends, but by transportation bottlenecks, especially at key hubs. An FAO report vividly captures a developing problem in Rosario, Argentina, the world’s largest exporter of soymeal livestock feed:

Recently, dozens of municipal governments near Rosario have blocked grains trucks from entering and exiting their towns to slow the spread of the virus. …Soybeans are therefore not being transported to crushing plants, affecting the country’s export of soybean meal for livestock. Similarly, in Brazil, another key exporter of staple commodities, there are reports of logistical hurdles putting the food supply chains at risk. Internationally, if a major port like Santos in Brazil or Rosario in Argentina shuts down, it would spell disaster for global trade.

There is no doubt that making sure the global food chain is free of disruptions is a short-term priority to prevent starvation and food riots. What is disturbing though is that FAO and other multilateral agencies cannot seem to get it into their heads that the global food supply chain is magnifying the COVID-19 fiasco—that its having displaced local and regional food production systems and making countries less self-sufficient in food has made many of them more vulnerable to pandemics and other emergencies.

Indeed, ships and planes loaded with food supplies have themselves become some of the most effective transmitters of the disease over long distances.

The 2007-08 food crisis and the 2008-09 global financial crisis should have shown the multilateral agencies the fragility of global supply chains—of the food system in the case of the first and of the industrial system in the case of the second—when the financial crisis led to a global recession that closed down many global industrial subcontractors in China.

These developments should have triggered a serious interrogation of the resiliency of the global supply chain paradigm that had become the “business model” of western transnational corporations. Instead of being phased out, however, the food supply chain stretched farther and farther, and local and regional food systems withered even more.

The FAO estimates that global agricultural trade more than tripled in value to around US$1.6 trillion from 2000 to 2016. More and more, local and regional food systems that used to provide most of domestic production and consumption of food have retreated in the face of these chains, which are dominated by large processing firms and supermarkets, are capital-intensive, and have relatively low labor inputs compared to smallholder agriculture. These international and regional giants now constitute roughly 30-50% of the food systems in China, Latin America, and Southeast Asia, and 20% of the food systems in Africa and South Asia.

Vertical integration and consolidation at the buyer end of export chains, says one influential study, “are strengthening the bargaining power of large agro-industrial firms and food multinationals, displacing decision-making authority from the farmers to these downstream companies, and expanding the capacity of these companies to extract rents from the chain to the disadvantage of contracted smallholder suppliers in the chains”.

What changes to the global food system does the COVID-19 debacle urge on us?

Adopt Food Sovereignty as the Paradigm for Food Production

Probably the most important measure that we propose is to move food production away from the fragile, corporate-controlled globalized food supply chain based on narrow considerations such as the reduction of unit cost to more sustainable smallholder-based localized systems. While, in the short term, global supply chains must be kept running to ensure people do not starve, the strategic goal must be to replace them, and some measures can already be taken even as the pandemic is at its height.

There are solid reasons for reversing the trend towards the globalization of food production and moving towards more food self-sufficiency. However, the rationale goes beyond just ensuring food self- sufficiency to fostering values and practices that enhance community, social solidarity, and democracy.

The movement toward an alternative food system has gained momentum over the last few decades owing to the growing realization that the way we produce our food is one of the keys to overcoming the alienation of human beings from one another and the alienation of the human community from the planet.

Led by peasants and smallholders, who still produce some 70% of the world’s food, this movement proposes the alternative paradigm of “food sovereignty”, the cornerstone principles of which include the following:

To be sure, there are many questions related to the economics, politics, and technology of food sovereignty that remain unanswered or to which its proponents give varying and sometimes contradictory answers. But a new paradigm is not born perfect. What gives it momentum are the irreversible crisis of the old paradigm and the conviction of a critical mass of people that it is the only way of surmounting the problems of the old system and opening up new possibilities for the fulfillment of values that people hold dear.

As with any new form of organizing social relationships, the unanswered questions can only be answered, and the ambiguities and contradictions can only be ironed out, through practice, since practice has always been the mother of possibilities.

It has been said that one should never let a good crisis go to waste. The silver lining of the COVID-19 crisis is the opportunity it spells for food sovereignty.

Walden Bello is co-chair of the board and senior analyst at the Bangkok-based Focus on the Global South and an associate of the Amsterdam-based Transnational Institute, which sponsored the study on which this article is based. 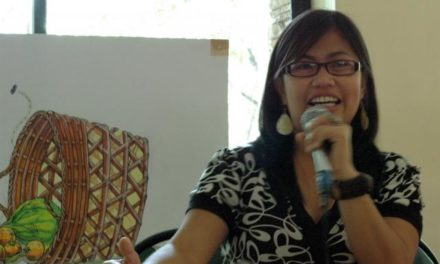 Overcoming the challenge to the right to water in Asia