Bush’s Crumbling Authority in Iraq: Now No One is Safe

What UN member would ever contemplate sending peace-keeping troops to Iraq now? The men who are attacking America’s occupation army are ruthless, but they are not stupid. They know that President George Bush is getting desperate, that he will do anything–that he may even go to the dreaded Security Council for help–to reduce US military losses in Iraq. But yesterday’s attack on the UN headquarters in Baghdad has slammed shut the door to that escape route.

Within hours of the explosion, we were being told that this was an attack on a “soft target”, a blow against the UN itself. True, it was a “soft” target, although the machine-gun nest on the roof of the UN building might have suggested that even the international body was militarising itself. True, too, it was a shattering assault on the UN as an institution. But in reality, yesterday’s attack was against the United States.

For it proves that no foreign organisation–no NGO, no humanitarian organisation, no investor, no businessman–can expect to be safe under America’s occupation rule. Paul Bremer, the US pro-consul, was meant to be an “anti-terrorism” expert. Yet since he arrived in Iraq, he has seen more “terrorism” than he can have dreamt of in his worst nightmares–and has been able to do nothing about it. Pipeline sabotage, electricity sabotage, water sabotage, attacks on US troops and British troops and Iraqi policemen and now the bombing of the UN. What comes next? The Americans can reconstruct the dead faces of Saddam’s two sons, but they can’t reconstruct Iraq.

Of course, this is not the first indication that the “internationals” are in the sights of Iraq’s fast-growing resistance movement. Last month, a UN employee was shot dead south of Baghdad. Two International Red Cross workers were murdered, the second of them a Sri Lankan employee killed in his clearly marked Red Cross car on Highway 8 just north of Hilla. When he was found, his blood was still pouring from the door of his vehicle. The Red Cross chief delegate, who signed out the doomed man on his mission to the south of Baghdad, is now leaving Iraq. Already, the Red Cross itself is confined to its regional offices and cannot travel across Iraq by road.

An American contractor was killed in Tikrit a week ago. A British journalist was murdered in Baghdad last month. Who is safe now? Who will now feel safe at a Baghdad hotel when one of the most famous of them all–the old Canal Hotel, which housed the UN arms inspectors before the invasion–has been blown up? Will the next “spectacular” be against occupation troops? Against the occupation leadership? Against the so-called Iraqi “Interim Council”? Against journalists?

The reaction to yesterday’s tragedy could have been written in advance. The Americans will tell us that this proves how “desperate” Saddam’s “dead-enders” have become–as if the attackers are more likely to give up as they become more successful in destroying US rule in Iraq. The truth–however many of Saddam’s old regime hands are involved–is that the Iraqi resistance organisation now involves hundreds, if not thousands, of Sunni Muslims, many of them with no loyalty to the old regime. Increasingly, the Shias are becoming involved in anti-American actions.

Future reaction is equally predictable. Unable to blame their daily cup of bitterness upon Saddam’s former retinue, the Americans will have to conjure up foreign intervention. Saudi “terrorists”, al-Qa’ida “terrorists”, pro-Syrian “terrorists”, pro-Iranian “terrorists”–any mysterious “terrorists” will do if their supposed existence covers up the painful reality: that our occupation has spawned a real home-grown Iraqi guerrilla army capable of humbling the greatest power on Earth.

With the Americans still trying to bring other nations on board for their Iraqi adventure–even the Indians have had the good sense to decline the invitation–yesterday’s bombing was therefore aimed at the jugular of any future “peace-keeping” mission. The UN flag was supposed to guarantee security. But in the past, a UN presence was always contingent upon the acquiescence of the sovereign power. With no sovereign power in existence in Iraq, the UN’s legitimacy was bound to be locked on to the occupation authority. Thus could it be seen–by America’s detractors–as no more than an extension of US power. President Bush was happy to show his scorn for the UN when its inspectors failed to find any weapons of mass destruction and when its Security Council would not agree to the Anglo-American invasion. Now he cannot even protect UN lives in Iraq. Does anyone want to invest in Iraq now? Does anyone want to put their money on a future “democracy” in Iraq? 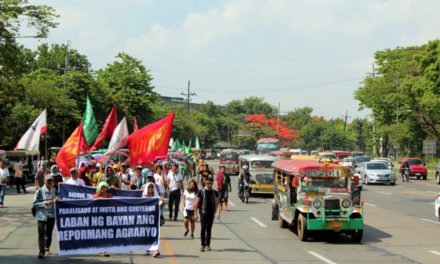 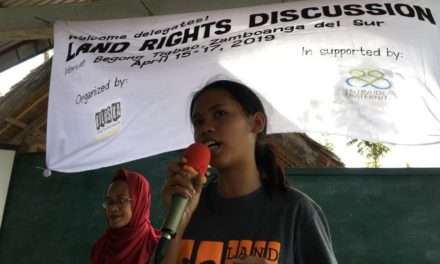