Phuket, Thailand –As the Mekong River Commission (MRC) member countries gather today for the MRC’s Mekong 2 Rio International Conference on Transboundary River Basin Management,  the Save the Mekong coalition has called upon regional governments to immediately address the ambiguities that have been left unanswered with respect to the future of the Xayaburi Dam and other mainstream dams.

On April 20th, the Save the Mekong coalition sent letters to the MRC’s respective Council members and CEO Mr. Hans Guttman asking for clarification on whether the prior consultation process for the Xayaburi Dam remains open and whether approval has been granted to build the Xayaburi Dam.  These concerns follow the April 17th announcement by Xayaburi Dam developer Ch. Karnchang that it had signed a $711 million construction contract with the Xayaburi Power Company, and that construction on the dam commenced on March 15, 2012.

“Ch. Karnchang has no right to build this project because no regional agreement has been made,” said Niwat Roykaew, Chair of the Chiang Khong Conservation Group in Thailand. “In December, the four governments agreed to postpone the decision on the dam, in order to carry out a transboundary impact assessment of the Mekong mainstream dams.  Thailand and Laos must act decisively and demand a stop to all construction activities.”

The Save the Mekong coalition also expressed concern over reports that the Thai government had signed the Xayaburi Dam’s power purchase agreement and granted permission for state-owned Krung Thai Bank to fund this dam, which appears to be in direct violation with the 1995 Mekong Agreement.  The coalition urged Thailand to immediately withdraw all involvement in the dam.

“The MRC’s prior consultation process is not finished, and yet construction is starting. Thailand and Laos are endangering the entire future of the Mekong River Basin,” said Pianporn Deetes, Thailand Campaign Coordinator for International Rivers. “Before regional cooperation becomes jeopardized, it’s time the four countries renew their commitment to work together to protect the Mekong.”
“The Xayaburi Dam is not on the agenda of the Mekong2Rio conference, but will be the elephant in the room,” said Youra Sun, Executive Director of My Village in Cambodia. “Now is the time to spotlight the urgent need for the Mekong governments to chart a clear political path forward on the Xayaburi Dam.”

Tu Dao Trong, a representative of Vietnam Rivers Network said, “If the Mekong governments really want to discuss the future of transboundary cooperation around the Mekong River, they first need to agree on an immediate halt to the Xayaburi Dam while further studies are underway. We hope this conference becomes an opportunity for real dialogue.”

The Save the Mekong coalition’s April 20th letter stated that “scientific evidence to date overwhelmingly supports our position that these dams will cause significant and irreparable damage to the Mekong River and the people who depend on it.” The coalition has called upon regional governments to work together to protect the Mekong River as the river is central to the lives, ecology, and cultures of the region.

The Save the Mekong coalition fully supports the actions of Thai villagers from the Mekong region, who have traveled to Phuket and will be presenting a petition to the MRC member governments this morning to raise awareness about the Xayaburi Dam and call for its cancellation.

Mekong 2 Rio is considered a key regional event in the run-up to the United Nations’ Rio+20 Summit on Sustainable Development that world leaders will attend in Brazil in June. The Xayaburi Dam has become one of the most controversial sustainable development issues in Southeast Asia. 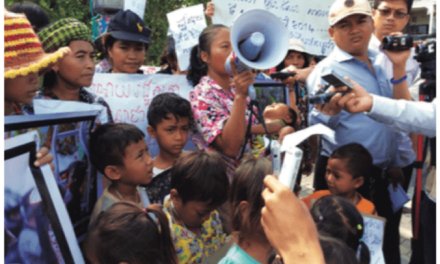 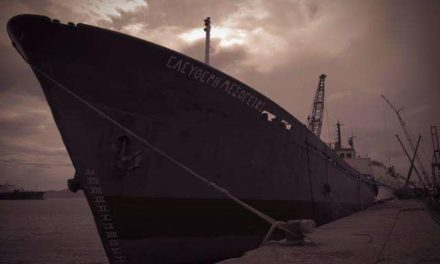 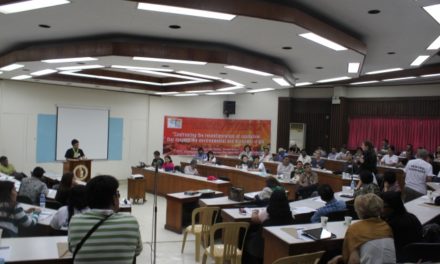