{xtypo_info}More information on the
Korea FTA and the pdf version of this article can be found at http://www.wcl.american.edu/pijip/us_korea_negotiations.cfm {/xtypo_info}

Although the final text of the Korea-US
Free Trade Agreement has notbeen released, it is evident from a
careful reading of USTR's summary that many of its provisions will go
far beyond the controversialrestrictions on Australia's
Pharmaceutical Benefit Scheme (PBS) included in Annex 2C of the
Australia-US Free Trade Agreement.  Following the practice of
terming provisions that go beyond the minimum requirement ofTRIPS as
"TRIPS-plus," this paper coins a new phrase – "Annex
2C plus" – for provisions in the Korea agreement that go beyond
Annex 2C.

This is a first draft note including
preliminary analysis.  I invite comments to
[email protected]  Subsequent drafts will be posted to
www.pijip.org <http://www.pijip.org/>  as new information
is released.

Annex 2C was the first section of an
FTA with the U.S. to attempt to restrict the operation of public
pharmaceutical reimbursement schemes based on a drug formulary
(referred to by the Republic of Korea as a "positive list"
and by U.S. states as "preferred drug lists.")  The
principle of a formulary is simple.  In order to ensure value
for money and negotiate reasonable prices with drug companies, the
payer must be able to say "no" to some extent to the drug
company's offered terms of sale.  This is normally accomplished
by requiring that higher priced drugs with equivalent therapeutic
value compared to alternatives be subject to some form of prior
authorization, subject to restrictions on subsidized use, or excluded
from reimbursement entirely if the incremental therapeutic value is
not considered sufficient to justify the price premium.

The desire of companies to have their
products reimbursed in the easiest possible manner provides an
incentive for them to negotiate lower prices to the purchaser.
Formularies can also be used to steer patients toward generic
equivalents of or therapeutic substitutes for brand name products.
Because of their effectiveness at promoting negotiation of
lower prices, some version of a formulary for drug purchases is used
by every substantial purchaser of drugs, including private insurance
companies and corporations, U.S. and foreign governments, and nearly
every state government Medicaid program.  But the pharmaceutical
industry is becoming increasingly successful at achieving limitations
on this important and effective tool by public entities through the
operation of binding trade rules.

Annex 2C of the Australia-U.S. FTA was
the result of intense pharmaceutical industry lobbying against one of
the most effective drug formularies in the world.[2]  The
Australian PBS scheme works by requiring drugs seeking listing on the
formulary to be assessed based on evidence of the comparative
effectiveness, including comparative cost effectiveness, against the
therapy most likely to be replaced in practice.  Combined with a
reference pricing system, the PBS will only list a medicine at higher
price than the comparator where it is able to demonstrate an
incremental benefit.  Where a new drug is deemed to offer
equivalent benefits to patients, the system will not list the drug at
a higher price irrespective of its patent status.

Annex 2C did not mandate that Australia
provide equally simple access to every drug without price restraint,
as the pharmaceutical industry wished.  It did, however,
implement a number of procedures and normative principles that some
argue could enable them to challenge listing decisions.  The
Annex included three main sections:

(3) participation in a "Medicines
Working Group" to "promote discussion and mutual
understanding" of the issues raised in the Annex.

USTR's Fact Sheet on the Korea-US
agreement follows the same general pattern of Annex 2C, and therefore
one can surmise what much of the language in the final text will be.
Importantly, the Fact Sheet

includes several key changes in wording
and additions to Annex 2C, i.e. Annex 2C-plus provisions, that may
further decrease the ability of Korea to use its public drug
formulary to negotiate lower prices.  These provisions are
discussed in more detail below.

Analysis:  The first notable Annex
2C-plus provision in the Korea-US is included in the title of the
section.  Where Annex 2C was titled "Pharmaceuticals,"
the Korea fact sheet labels the section "Pharmaceuticals and
Medical Devices."  The inclusion of "medical devices"
is new.  Annex 2C only covered reimbursement programs for
medicines, not medical devices.  The scope of the Korea-US FTA
is thus likely to be much broader than Annex 2-C.

This provision appears similar to the
principles included in the Australia-US agreement.  It does not
clearly include Annex 2C-plus provisions.

Much may lie in the definition of
"innovative pharmaceuticals" if that term is used in the
Korea agreement.  The Australians consider an "innovative"
drug as one conferring a clinically important improvement in patient
outcome. [3] The pharmaceutical industry tends to equate innovative
with patented.  Patented drugs do not necessarily have any
additional clinical benefit – they are required by the patent system
to be novel, not clinically important.[4] Annex 2C did not define
"innovative pharmaceuticals."  It will be important to
analyze the Korea language for further detail in this area. access to
innovative products

Korea Fact Sheet language:
Commitment to increase access to innovative products, including
through insurance the fair, reasonable, and non-discriminatory
treatment for pharmaceutical products and medical

It is not clear what the final text
language will do to "increase access to innovative products."
The pharmaceutical industry has argued that public systems
should reimburse every product for every registered indication.  Such
a principle would obliterate the effectiveness of a

drug formulary since there would be no
potential to refuse reimbursement.  The degree to which the
Korea-US FTA will damage Korea's negotiating power through its
formulary is unknown at this point.

Korea Fact Sheet language:
Commitments on transparency in the pricing and reimbursement process
for pharmaceutical products and medical devices.

Annex 2C included a provision on "
Transparency" applicable only where "federal healthcare
authorities operate or maintain procedures for listing new
pharmaceuticals or indications for reimbursement purposes." For
such programs, Annex 2C required that the system ensure decisions
within a specified period of time, disclose "procedural"
rules and guidelines used to assess a proposed listing, afford
opportunities to companies to provide comments, provide written
reasons for listing decisions, and "make available an
independent review process" for the decisions.

The restriction of the application to
"federal" level reimbursement programs is noticeably absent
from the summary description of the Korea FTA.  If this absence
is carried forward in the actual agreement text, it may be the most
important Annex 2C-plus provision from the point of view of U.S.
States.

At least 40 U.S. states operate
preferred drug price lists for Medicaid and other programs.  Under
FTA implementing legislation, the U.S.

government maintains the authority to
sue states to preempt programs and

laws that do not comply with the
FTA.[5]  U.S. states have raised

concerns with the indeterminacy of
Annex 2C as applied to Medicaid

programs.[6][7]  Under Medicaid,
states play a large part in paying for

and administering the drug benefit, but
ultimately it is federal law

that determines which drugs are covered
for reimbursement and thus could

be considered a "federal"
program for Annex 2C purposes.  If the Korea

agreement is not expressly limited to
federal/national level programs,

have in restraining medicine prices.

Korea Fact Sheet language:
Agreement to adopt and maintain measures to prohibit improper
inducements by pharmaceutical products and medical device
manufacturers and to enforce such measures.

It is not clear what this provision is
indicating.  There is no similar provision in Annex 2C, nor was
one negotiated during the FTA process. It is Annex 2C-plus, although
to what effect it is difficult to

Korea Fact Sheet language:
Agreement to establish a Medicines and Medical Devices Working Group
that will provide for continued dialogue between the United States
and Korea on emerging health care policy issues.

and mutual understanding of issues
relating to this Annex . . . ,including the importance of
pharmaceutical research and development to continued health
outcomes."  The extension of this mandate to "Medical
Devices" is new, and therefore Annex 2C-plus.

Korea Fact Sheet language:
Agreement by Korea to establish and maintain an independent body that
reviews recommendations or determinations regarding the pricing and
reimbursement of pharmaceutical

Annex 2C provided for "an
independent review process," not a "body." The
distinction could be important.  Australia has complied with
Annex 2C by establishing a review process within the health system
with no

authority to overturn the decision of
the expert body in the PBS.  It can only report findings on
matters in dispute back to the expert body

which may then decide to reconsider a
recommendation (but is not obliged to).

The Korea language mandating creation
of an "independent body" may imply an obligation set up an
additional panel of experts with authority to overturn the decision
of the initial panel of experts that decides listing decisions.  This
provision would be wasteful and may provide opportunities for the
pharmaceutical industry to engage in complex and well-funded efforts
to capture the attention and interests of the review "body"
through repetitive proceedings.

Interestingly, the language in the fact
sheet only applies to Korea. Annex 2C binds both countries.  It
will therefore be interesting to watch for whether the agreement is
in fact one-sided when the language

[1] Special thanks are owed to Ruth
Lopert, MD, Harkness Fellow in Public Health Care Policy at George
Washington University School of Public Health who reviewed and
commented on an earlier version of this note and whose insights are
reflected herein and to Mike Palmedo for invaluable research
assistance.  All errors are my own.

[2] Dr K. Lokuge and Richard Denniss.
Trading Away Our Health System? The impact of the Australia-US Free
Trade Agreement on the Pharmaceutical Benefits Scheme.  The
Australia Institute. Discussion

Paper Number 55.  May 2003.
Additionally, the US pharmaceutical industry's grievances with
the Australian Pharmaceutical Benefits Scheme are offered in writing
each year to the US Trade Representative in annual submissions for
the USTR 301 report.

[4]  National Institute of
Healthcare Management. Changing Patterns of Pharmaceutical
Innovation. May, 2002. This report examined drug approvals in the
1990s and found that only 35% received a priority 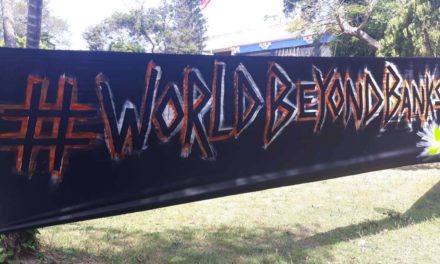 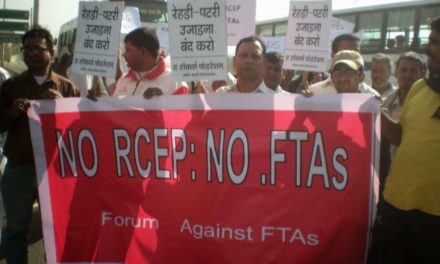