A Statement on People’s Action for Genuine Peace and to Resist War, Racism and Globalization

In December 2001, at the General Elections in Sri Lanka, the people once more emphatically and resolutely declared “we do not want war – we want peace”. A majority of the people in Sri Lanka have given their support to the decision that steps should be taken immediately stop the war through a political settlement that fulfills the aspirations of Tamil and Muslim communities.

The militarist’s notion to ‘strengthen the war and defeat the LTTE and then establish peace’ has clearly been rejected. Thus the Sri Lankan Government has received a very clear mandate to determine an appropriate course of action for peace by all people irrespective of their race, ethnicity or geographical location.

As a result of the very clear political debate that took place during the last election campaign on this issue, it is obvious to all citizens that the government must immediately implement the necessary measures required to reach a negotiated political settlement and to cease the war without further delay, as promised.

Similar to the recent elections, the 1994 elections saw the people of Sri Lanka strongly support the People’s Alliance Party’s (PA) proposal to opt for a political solution through a similar process of negotiated settlement. Accordingly, the PA and the President have no reason to object to the current peace initiative.

It is encouraging to witness the present government working towards attaining peace in Sri Lanka. However, it should be noted that there is a potential danger for the peace process to be reversed and for the war to resume once again. Historically, Sri Lanka’s political party’s have made numerous promises in relation to bringing about peace during election campaigns, only to break such promises once they are elected.

With the verdict of the people so clearly articulated on the issue of peace, it is crucial that the position of a small minority of war inclined racist groups should not be interpreted to represent the voice of the Sinhala people.

The deepest aspirations of all people, including the Tamil and Muslim ethnic communities is to end the war throughout the country and for peace to be established. These communities should have the freedom to govern the areas where they live. The specific aspiration of the Tamil people for peace with dignity and justice with due respect and protection given to their ethnic and national identity is now being understood and accepted increasingly by the Sinhala people.

Hence, this is an ideal time to form the urgently needed alliance among all communities in Sri Lanka who suffer as a result of the war. The formation of such an alliance is crucial to ensure genuine peace and justice is achieved for all people in Sri Lanka.

The business communities in Sri Lanka together with the World Bank, eager to see the civil conflict come to an end, have sponsored the peace initiative, exercising further pressure on the Sri Lankan government to end the war. Any government in power will have to take these pressures seriously for obvious reasons. Both the business community and the World Bank state that their effort in the area of peace is directed at reviving the country’s crumbling economy. Hence, their primary concern for tackling the peace process could very well be to ensure their businesses continue to prosper and do not suffer as a result of the conflict.

Despite the motivations of the World Bank or the business community, we support their efforts towards bringing an end to the war.

It is our contention that neither the UNP, PA, the business community, the World Bank or similar global powers who are acting in cohesion to subject the country the global capitalism, can effectively end the war and bring about peace as they are incapable of assembling the necessary support from the majority of people in Sri Lanka.

Despite the people of Sri Lanka agreeing on the issue of peace, there is much opposition in relation to the additional plans devised and encouraged by the World Bank and the business community. This is largely because their development strategies have worked against the rights and welfare of the people. Further they have consistently subjected the entire country to the destructive process of global capital.

Regardless of the obvious failure of World Bank development strategies over the past two and a half decades, the institution is continuing to pressure the Sri Lankan government to implement their inappropriate development strategies. Advocating similar strategies to those of the World Bank and the IMF, the business community in Sri Lanka, prepared a development plan titled ‘A Vision for Sri Lanka in year 2020’, which was delivered to the new government as soon as they assumed leadership in December 2001. This document contains proposals which include removing existing workers rights by changing labor legislation; selling away common resources like water, aquatic, marine, forests and wildlife resources; facilitating and expediting the removal of small farmers from their land and agricultural livelihoods; expanding export crops for international trade in place of the needed expansion of low cost sustainable methods of domestic food production; increasing the economic burden and political oppression of the poor masses in order to further expand infrastructure facilities (such as the super highways, the proposed mega city in Hambantota in the south and the proposed five economic zones); as well as strengthening the power of the private sector and foreign investors to plunder medicinal plants, indigenous knowledge, genetic resources and mineral resources that sustain life.

People have a legitimate right to oppose plans such as those discussed above, as for true peace and democracy to exist in Sri Lanka, communities must oppose the detrimental development strategies which are engineered by these actors.

Opposition against the destructive nature of international forces intent on annihilating community’s rights, must not be considered as opposition to peace. Genuine, long lasting peace can only be realized if the fundamental principles for peace are based on justice rather than on short term commercial objectives of the business community.

It is vital that all peace groups recognize that genuine long term peace can only be made a reality through the mobilization of civil society at large. Moreover, people who consider themselves peacemakers must be engaged in the struggle to resist all power structures which violate their basic human rights including international institutions such as the World Bank. It is reasonable to expect that people will not have trust and confidence in any group as agents of genuine peace, unless they are engaged in resisting the forces that oppress people in whatever form. This mistrust is not because people are against peace or are racist. It is because people make a distinction between establishing a long lasting just peace and in ending the war with the aim of increasing the profits of the private sector.

Efforts to Build a National Government

The current view that bringing an end to the war and violence and subsequent establishment of democracy requires the two major parties to form a national alliance needs careful critical examination and clarification.

Prior and subsequent to the 2001 election, substantial pressure was placed on the two parties by the World Bank and the IMF to form such an alliance. If the purpose of such a proposal is to attain a political solution for the ethnic issue (other than war) and bring an end to the civil conflict, then the move is highly commendable and worthy of support. Conversely, if this initiative is intended to strengthen and perpetuate the war, it will be strongly and unequivocally contested by the majority of people in Sri Lanka.

It is our belief that the formation of a national government will give rise to the suppression of people’s rights for peace, democracy and freedom as the coalition will favor the World Bank and the powers which promote and advocate global capitalist expansion. Thus, it is a matter of paramount importance that Sri Lankan’s campaign vehemently against proposals which have a detrimental affect on their freedom, democracy and right for peace.

It is questionable whether this alliance is one which is intent on promoting peace and democracy for all people given the plans of this coalition as discussed above.

A very real danger exists for further severe conflict to take place in Sri Lanka causing mass and irreversible political and social destruction. Consequently there is an urgent need to develop a common and holistic strategy to challenge the war that has been raging for over two decades, the marginalization of ethnic groups as well as global capitalism and its destructive proposals for Sri Lanka.

It is in this light that we propose for a Joint People’s Action for Peace Against the War, Racism and Global Capitalism be created to undertake the following tasks essential for genuine long term peace to be realized in Sri Lanka:

ท Formation of the broadest possible alliance comprising of all ethnic communities to work towards finding a solution to the ethnic issue in order for peace to be attained and to avoid the possibility of adopting a war/military approach to peace.
ท Prevent the narrow interpretation of Sinhala rights held by a small minority of racist groups to come to the forefront, hindering the peace process, in the name of protecting Sinhala heritage and security.
ท Contest the intentions of establishing a powerful dictatorship through the merger of the two largest political parties supported by the private sector, World Bank and the IMF. In spite of its fa?ade of ” a unity of political parties for peace”, the implementation of their joint economic proposals in Sri Lanka will essentially deprive people of their basic human rights.

It is essential that a broad based people’s alliance of this kind be mobilized immediately, advocating an alternative development path, in order to safeguard the rights of the poor and defend peace and democracy.

Opposing the Terrorism of Globalization

The USA is said to have declared a world wide war on terrorism and together with Britain, Canada, Australia, India, Pakistan and Russia, has introduced stringent laws to combat terrorism. Accordingly, these respective countries now have the ability to label groups engaged in work adverse to their interests, as being involved in terrorism.

More recently, the purpose of these plans have become unmistakably clear. The USA wants to establish a very strong presence in the region, obtain control of the oil resources of the Caspian Zone around Afghanistan, as well as obliterate the growing world wide opposition to globalization and capitalism.

On account of the LTTE also being banned in a number of the aforementioned countries, some groups have placed confidence in the so called USA led attack on terrorism, to defeat the LTTE. The USA has quite obviously in the past promoted terrorism when it has served its national and capitalist interests. For instance, the Taliban was built up and supported by the USA as part of their strategy to defend global capitalism. What is needed today, is not to invite forces of global terrorism into our country, but to resist such forces of terrorism through the formation of an alliance incessantly struggling to protect people’s interest against the world wide terror of global capital and to ensure that peace and democracy is enjoyed by all in Sri Lanka.

These organizations represent thousands of people from diverse communities in Sri Lanka. Further organizations and individuals are currently being mobilized to support the peace declaration.

For further information or for an interview please contact:

The G 20, Global Capital, and the Conjuncture: An Interview with Walden Bello

Invitation to the Solidarity Village for a Cool Planet 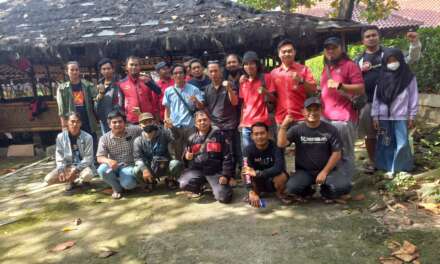