We as members of the International Coordinating Group of the World Tribunal o­n Iraq wish to record the following statement:An appalling silence prevails about the devastation being inflicted o­n the people of Iraq. Having staged a show of transferring power to Iraqi authorities, the US has intensified military operations to stifle anything that dares to challenge occupation.

The World Tribunal on Iraq refuses to be part of this silence… Based on our work to investigate and bring out the truth about what is happening in Iraq, we call attention to the following issues of grave concern in relation to the recent escalation of Coalition attacks in several cities in Iraq and particularly in Najaf:
• Iraqi towns and cities are under intense and indiscriminate bombing and shelling; casualties have been reduced to rough estimates with no names or faces in the absence of official records;
• There is widespread concern that depleted uranium is being used in these intensive rounds of attack, in which case, the current attacks will continue to kill and maim over generations;
• There is widespread indignation at and resistance against the recent attacks on civilian and religious sites;
• Najaf has been declared off-limits for press; all communications with the region has been severed;
• A most holy shrine of Muslim religion is under attack and threat of destruction; US tanks are razing through a historical burial site with over 2 million graves;
• Thousands of unarmed people have arrived to shield the place with their bodies; and this is no bluff. Any attack on Imam Ali’s tomb will claim thousands of lives to be added on to the tens of thousands of casualties.

We demand immediate halt to this war on the people of Iraq and on their culture, soil, religion and habitat.

We stress that words of anguish in front of the atrocities being committed against the people of Iraq fail to amount to much as long as they are not coupled with an explicit stand against the current occupation.

We stand in full support of the right of the people of Iraq to resist occupation in defense of their freedom and sovereignty.

We demand the immediate withdrawal of all occupation troops from Iraq. This is the only way out of this spiral of violence.
We demand an opportunity for the Iraqi people to truly determine their own destiny.

We demand that the UN and governments throughout the world live up to their obligations to the peoples of the world and declare the criminality of the on-going occupation and the unacceptability of the sham transfer of power. 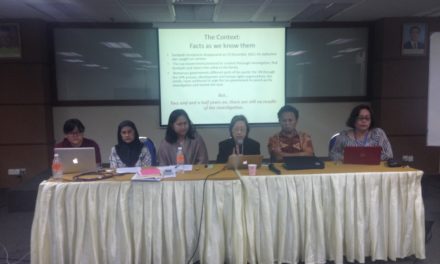