The Imperial War and the Empire of Memory

By Renato Redentor Constantino
As the world edges closer to war courtesy of petroleum-addicted America, the literature of deceit grows ever larger and more ridiculous. While the Bush team continues to spread its Hitlerite imagery of Saddam Hussein across the US, Secretary of State Colin Powell is asking the UN to sanction the use of force on the basis of voyeurism and plagiarism. At the rate America is going, contemporary fictionists may one day wake up to find out that the US has already used up all possible material.

The Hitler currency has always been useful for the West whenever its corporate interests have come under threat. In 1956, when Gamal Abdel Nasser announced his intention to nationalize the Suez Canal, he was denounced by British Prime Minister Sir Anthony Eden as “that Hitler on the Nile.” When he nationalized Iranian oil and before the CIA engineered his downfall in 1953, Iran’s Mohammed Mossadegh was also stamped with the Hitler label. Today America tells us that Saddam is Hitler and adds a curious twist to the tale – that the world must not repeat the mistake of ‘Old Europe’ in appeasing the Middle East’s current version of the Nazi madman.

Appeasement. Funny that the US should use this argument, especially against countries in Europe which have so far balked at joining America’s ugly oil war. Until Pearl Harbor was bombed (a move some say was a ‘preemptive strike’ by the Japanese), wasn’t America content with watching from the sidelines while Hitler burned down Europe? And if Saddam is really Hitler, as George Bush Junior says, what does this say of his father, who helped arm the alleged Iraqi Adolf with weapons of mass destruction? You would think that with all the foot-stomping righteousness displayed today by America, the US would have protested back in 1986 when the Iraqi despot used chemical weapons and cluster bombs against Iran. But no, then President Reagan even sent a message – delivered by George Bush Senior – to Saddam Hussein telling him that “Iraq should step up its air war and bombing of Iran.”

“Fear … is the key to understanding the new America,” says the celebrated BBC journalist Fergal Keane. No one knows this more than the US government. In a speech in Cincinnati last October, George Bush Junior warned Americans that Saddam Hussein, “a homicidal dictator who is addicted to weapons of mass destruction,” is intent on using Iraq’s growing fleet of manned and unmanned aerial vehicles … to disperse chemical and biological weapons” across the US. Bush, of course, omitted to mention certain facts. For instance, that the aircraft he was referring to were slow-moving Czech training aircraft that Iraq purchased in the 1960s and 1980s, aircrafts with a maximum range of 840 miles. A relevant point, don’t you think, considering that Maine, the nearest point to the U.S. mainland, is some 5,500 miles from Iraq.

Do you find this lying appalling? Well, Junior’s dad did worse. On November 29, 1990, a few days before the UN authorized the ejection of Iraq from Kuwait, Bush’s father shared to the world the evils of Iraqi soldiers who pulled babies from Kuwait’s incubators and “scattered them across the floor like firewood.” It was revealed after the war that Kuwait had hired the Washington PR firm Hill and Knowlton to sell this story. The PR firm arranged for an alleged eyewitness to testify before US congress that the ‘babies’ incident actually happened. Unfortunately for the US, the witness turned out to be the daughter of the Kuwaiti ambassador to Washington who was nowhere near a hospital in Kuwait City when the supposed incident happened. A team of ‘witnesses’ who claimed to have seen the Iraqi atrocities later acknowledged having been coached by Hill and Knowlton. The US also somehow managed to show a video made by the PR firm to the UN Security Council which eventually approved the forcible ejection of Iraq from Kuwait. The president and COO today of Hill and Knowlton once served as chief of staff to Bush Senior during the Elder’s term as Vice President under Ronald Reagan.

If only we allowed ourselves to be guided by history rather than the exhortations of modern day imperial buccaneers, we would understand that power and profit alone matter in the drive for empire. Everything else is ornamentation. That ultimately, the veneer of noble intentions fails to conceal the ugly motivations for empire. Such is Washington’s desire for Iraq’s oil, for instance, that they have drawn up a military strategy actually called “Shock and Awe”. It is a plan that calls for 800 cruise missiles to rain down on Baghdad alone in the first 48 hours of the war – twice the number of missiles that pounded the whole of Iraq in all the 40 days of the 1991 Gulf War. “The US intends to shatter Iraq “physically, emotionally and psychologically … so that you have this simultaneous effect – rather like the nuclear weapons at Hiroshima – not taking days or weeks but minutes,” says the architect of the strategy. According to the Pentagon, Iraqis “will be hurt and pay a price they will never imagine.”

An awareness of the past will tell us that, more often than not, when imperial ambitions are at stake, human lives are not part of the equation.

Few probably remember how Suharto’s iron fisted and US-backed thirty-year rule of Indonesia came about through the slaughter of a million people, described by the CIA – which had plotted the ouster of Sukarno – as “one of the worst mass murders of the 20th century.” Ralph McGhee, senior CIA operations officer in the 1960s, described the 1965-66 terror in Indonesia as a “model operation’ for the US-led coup that liquidated Salvador Allende of Chile seven years later. Just before Allende was ousted, the words “Jakarta, Jakarta” could be seen chalked on Chile’s walls.”

Suharto’s ascendancy was welcomed by the US as the “West’s best news in years.” James Reston, the quintessencial American columnist, wrote in the New York Times that the bloody events in Indonesia were ‘a gleam of light in Asia.’ “With its 100 million people and its 300-mile arc of islands containing the region’s richest hoard of natural resources, Indonesia is the greatest prize in South-East Asia,” said Richard Nixon in 1967. It was truly a feast, according to a scholar who studied the period right after the carnage. Western corporate figures “divided [Indonesia] up into five different sections: mining in one room, services in another, light industry in another, banking and finance in another … You had big corporate people going around the table, saying [to Suharto’s people] this is what we need: this, and this, and they basically designed the legal infrastructure for investment in Indonesia.” The result – a mountain of copper and gold, nickel and bauxite was handed out to American transnational companies.

We actually just need to recount recent Philippine history to drive home the fact that the path to oblivion is marked with the droppings of Empire.

Weeks after the decision of the Philippine Supreme Court re-affirmed the end of the parity amendment, the American Chamber of Commerce in Manila, representing American investors in the Philippines, called upon Marcos to declare martial law. On the day that Marcos announced one-man rule, then US Ambassador to the Philippines Henry Byroade was summoned by Malaca๑ang and told of what to expect. And voila, the first group to congratulate Marcos was the American Chamber of Commerce, which called the declaration of martial law a “heaven-sent relief.”

In its congratulatory telegram, the American Chamber of Commerce wished the Filipino despot “every success in your endeavor to restore peace and order, business confidence, economic growth and the well-being of the Filipino people. We assure you of our confidence and cooperation in achieving [your] objectives.” Two years before martial law, US investment in the Philippines stood at $16.3 million. By 1981, US investments reached $920 million.

If the empire of memory is vast and its arsenal as abundant as one’s awareness of the past, the wealth of experience concerning the ruthless nature of imperial ambitions should be guiding us away from the path of America’s insane campaign to “wage war to force peace.” Apparently, however, what the Palace possesses at present is a mere garden patch of mismatched reminiscences. This may explain why we have today a Philippine government whose idea of foreign policy is to adopt a posture of pom-pom waving to a US leadership too busy plotting its fossil fuel future. How terrible it is to have a Philippine president totally ignorant of history. As before, the job is left to a vigilant public to remind would-be leaders of the kind of fate that awaits them should they neglect to act in the nation’s self-interest.

Considering how distracted Filipinos are with trying to make ends meet, you, reader, may understandably have doubts about such vigilance. But hope springs eternal. There may be pessimism of the intellect, says Gramsci, but there will often be optimism of the will. Onward people’s anti-war!

(Feedback can be sent to [email protected])

1. Title used with apologies to Eric Gamalinda, who wrote the popular novel “Empire of Memory”.

4. “Iraq wars,” Chalmers Johnson, January 14, 2003. The piece, which first appeared on tomdispatch.com on 14 January 2003, was adapted from Johnson’s upcoming book The Sorrows of Empire: How the Americans Lost Their Country”. See http://www.zmag.org/content/showarticle.cfm?SectionID=15&ItemID=2869

8. Professor Jeffrey Winters of the Northwestern University of Chicago. Quote is from an interview of the scholar by John Pilger. See The New Rulers of the World, John Pilger, Verso, 2002. Interestingly, Emil Salim, one of Suharto’s representatives in the 1967 meeting which divided Indonesia up, was asked by film maker John Pilger in an interview in Jakarta in 2000 if the discussions made any mention of the Suharto-initiated massacres of 1965-66. Salim replied “No, that was not on the agenda. We didn’t have television then.”

10. Memory as a Means of Empowerment, by Maria Serena I. Diokno, August 23, 2001, Paper presented at the “Conference on Memory, Truth-Telling and the Pursuit of Justice. The Legacies of the Marcos Dictatorship,” 20-22 September 1999, Ateneo de Manila University, Quezon City, Metro Manila, Philippines.

Disempowering Women through the Green Economy 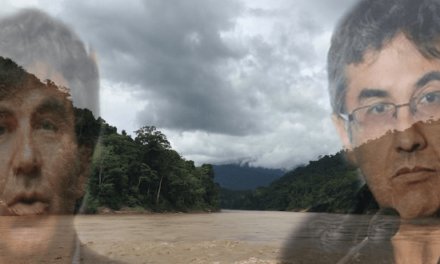