{xtypo_dropcap}A{/xtypo_dropcap} new stage in the evolution of the global justice movement was reached with the inauguration of the World Social Forum (WSF) in Porto Alegre, Brazil, in January 2001.

The WSF was the brainchild of social movements loosely associated with the Workers’ Party (PT) in Brazil. Strong support for the idea was given at an early stage by the ATTAC movement in France, key figures of which were connected with the newspaper Le Monde Diplomatique. In Asia, the Brazilian proposal, floated in June 2000, received the early enthusiastic endorsement of, among others, the research and advocacy institute Focus on the Global South based in Bangkok.

Porto Alegre was meant to be a counterpoint to “Davos,” the annual event in a resort town in the Swiss Alps where the world’s most powerful business and political figures congregated annually to spot and assess the latest trends in global affairs. Indeed, the highlight of the first WSF was a televised transcontinental debate between George Soros and other figures in Davos with representatives of social movements gathered in Porto Alegre.

There was another important symbolic dimension: while Seattle was the site of the first major victory of the transnational anti-corporate globalization movement — the collapse amidst massive street protests of the third ministerial meeting of the World Trade Organization — Porto Alegre represented the transfer to the South of the center of gravity of that movement. Proclaimed as an “open space,” the WSF became a magnet for global networks focused on different issues, from war to globalization to communalism to racism to gender oppression to alternatives. Regional versions of the WSF were spun off, the most important being the European Social Forum and the African Social Forum; and in scores of cities throughout the world, local social fora were held and institutionalized.

The Functions of the WSF

Since its establishment, the WSF has performed three critical functions for global civil society:

First, it represents a space — both physical and temporal — for this diverse movement to meet, network, and, quite simply, to feel and affirm itself.

Second, it is a retreat during which the movement gathers its energies and charts the directions of its continuing drive to confront and roll back the processes, institutions, and structures of global capitalism. Naomi Klein, author of No Logo, underlined this function when she told a Porto Alegre audience in January 2002 that the need of the moment was “less civil society and more civil disobedience.”

Third, the WSF provides a site and space for the movement to elaborate, discuss, and debate the vision, values, and institutions of an alternative world order built on a real community of interests. The WSF is, indeed, a macrocosm of so many smaller but equally significant enterprises carried out throughout the world by millions who have told the reformists, the cynics, and the “realists” to move aside because, indeed, another world is possible…and necessary.

The WSF and its many offspring are significant not only as sites of affirmation and debate but also as direct democracy in action. Agenda and meetings are planned with meticulous attention to democratic process. Through a combination of periodic face-to-face meetings and intense email and Internet contact in between, the WSF network was able to pull off events and arrive at consensus decisions. At times, this could be very time-consuming and also frustrating, and when you were part of an organizing effort involving hundreds of organizations, as we at Focus on the Global South were during the organizing of the 2004 WSF in Mumbai, it could be very frustrating indeed.

But this was direct democracy, and direct democracy was at its best at the WSF. One might say, parenthetically, that the direct democratic experiences of Seattle, Prague, Genoa, and the other big mobilizations of the decade were institutionalized in the WSF or Porto Alegre process.

The central principle of the organizing approach of the new movement is that getting to the desired objective is not worth it if the methods violate democratic process, if democratic goals are reached via authoritarian means. Perhaps Subcomandante Marcos of the Zapatistas best expressed the organizing bias of the new movements: “The movement has no future if its future is military. If the EZLN [Zapatistas] perpetuates itself as an armed military structure, it is headed for failure. Failure as an alternative set of ideas, an alternative attitude to the world. The worst that could happen to it apart from that, would be for it to come to power and install itself there as a revolutionary army.” The WSF shares this perspective.

What is interesting is that there has hardly been an attempt by any group or network to “take over” the WSF process. Quite a number of “old movement” groups participate in the WSF, including old-line “democratic centralist” parties as well as traditional social democratic parties affiliated with the Socialist International. Yet none of these has put much effort into steering the WSF towards more centralized or hierarchical modes of organizing. At the same time, despite their suspicion of political parties, the “new movements” never sought to exclude the parties and their affiliates from playing a significant role in the Forum. Indeed, the 2004 WSF in Mumbai was organized jointly by an unlikely coalition of social movements and Marxist Leninist parties, a set of actors that are not known for harmonious relations on the domestic front.

Perhaps a compelling reason for the modus vivendi of the old and new movements was the realization that they needed one another in the struggle against global capitalism and that the strength of the fledgling global movement lay in a strategy of decentralized networking that rested not on the doctrinal belief that one class was destined to lead the struggle but on the reality of the common marginalization of practically all subordinate classes, strata, and groups under the reign of global capital.

The WSF has, however, not been exempt from criticism, even from its own ranks. One in particular appears to have merit. This is the charge that the WSF as an institution is unanchored in actual global political struggles, and this is turning it into an annual festival with limited social impact.

There is, in my view, a not insignificant truth to this. Many of the founders of the WSF have interpreted the “open space” concept in a liberal fashion, that is, for the WSF not to explicit endorse any political position or particular struggle, though its constituent groups are free to do so.

Others have disagreed, saying the idea of an “open space” should be interpreted in a partisan fashion, as explicitly promoting some views over others and as openly taking sides in key global struggles. In this view, the WSF is under an illusion that it can stand above the fray, and this will lead to its becoming some sort of neutral forum, where discussion will increasingly be isolated from action. The energy of civil society networks derives from their being engaged in political struggles, say proponents of this perspective. The reason that the WSF was so exciting in its early years was because of its affective impact: it provided an opportunity to recreate and reaffirm solidarity against injustice, against war, and for a world that was not subjected to the rule of empire and capital. The WSF’s not taking a stand on the Iraq War, on the Palestine issue, and on the WTO is said to be making it less relevant and less inspiring to many of the networks it had brought together.

This is why the 6th WSF held in Caracas in January 2006 was so bracing and reinvigorating: it inserted some 50,000 delegates into the storm center of an ongoing struggle against empire, where they mingled with militant Venezuelans, mostly the poor, engaged in a process of social transformation, while observing other Venezuelans, mostly the elite and middle class, engaged in bitter opposition. Caracas was an exhilarating reality check.

This is also the reason why the Seventh WSF held in Nairobi was so disappointing, since its politics was so diluted and big business interests linked to the Kenyan ruling elite were so brazen in commercializing it. Even Petrobras, the Brazilian state corporation that is a leading exploiter of the natural resource wealth of Latin America, was busy trumpeting itself as a friend of the Forum. There was a strong sense of going backward rather than forward in Nairobi.

The WSF is at a crossroads. Hugo Chavez captured the essence of the conjuncture when he warned delegates in January 2006 about the danger of the WSF becoming simply a forum of ideas with no agenda for action. He told participants that they had no choice but to address the question of power: “We must have a strategy of ‘counter-power.’ We, the social movements and political movements, must be able to move into spaces of power at the local, national, and regional level.”

Developing a strategy of counter-power or counter-hegemony need not mean lapsing back into the old hierarchical and centralized modes of organizing characteristic of the old left. Such a strategy can, in fact, be best advanced through the multilevel and horizontal networking that the movements and organizations represented in the WSF have excelled in advancing their particular struggles. Articulating their struggles in action will mean forging a common strategy while drawing strength from and respecting diversity.

After the disappointment that was Nairobi, many long-standing participants in the Forum are asking themselves: Is the WSF still the most appropriate vehicle for the new stage in the struggle of the global justice and peace movement? Or, having fulfilled its historic function of aggregating and linking the diverse counter-movements spawned by global capitalism, is it time for the WSF to fold up its tent and give way to new modes of global organization of resistance and transformation?

Walden Bello is executive director of Focus on the Global South, the Bangkok-based research and advocacy institute, and professor of sociology at the University of the Philippines. 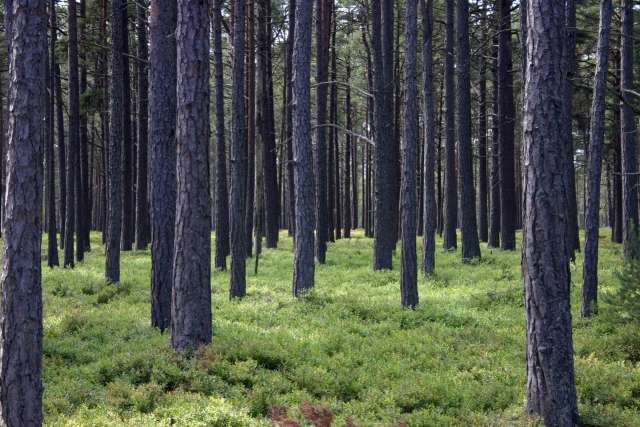