More than 2000 activists loudly and energetically endorsed this statement at the Social Movements Assembly in Nairobi.

We are here to celebrate and reaffirm the spirit of the World Social Forum as a space of struggle and solidarity which is open to all people and social movements regardless of their ability to pay.

We denounce tendencies towards commercialisation, privatisation and militarisation of the WSF space. Hundreds of our sisters and brothers who welcomed us to Nairobi have been excluded because of high costs of participation.

We are also deeply concerned about the presence of organisations working against the rights of women, marginalised people, and against sexual rights and diversity, in contradiction to the WSF Charter of Principles.

The social movements assembly has created a platform for Kenyans and other Africans from different backgrounds and communities to present their struggles, alternatives, cultures, talents and skills. It is also a space for civil society organisations and social movements to interact and share the issues and problems affecting them.

Since the first assembly in 2001, we have contributed to building and strengthening successful international networks of civil societies and social movements and reinforced our spirit of solidarity and our struggles against all forms of oppression and domination.

We recognise that the diversity of movements and popular initiatives against neo-liberalism, world hegemony of capitalism and imperial wars, is an expression of a world resistance.

We have now to move towards a phase of effective alternatives. Many local initiatives are already existing and should be expanded: what is happening in Latin America and other parts of the world — thanks to the joint action of social movements — shows the way to establish concrete alternatives to world capitalist domination.

As social movements from all five continents gathering in Nairobi, we express our solidarity with the social movements in Latin America whose persistent and continuing struggle has led to electoral victories for the Left in several countries.

We are calling for a broad international mobilisation against the G8 in Rostock and Heiligendamm (Germany) 2-8 June 2007.

We will mobilise in our communities and movements for an International Day of Action in 2008. 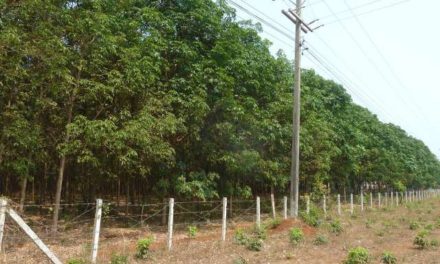 FAO definition must recognize that plantations are not forests!