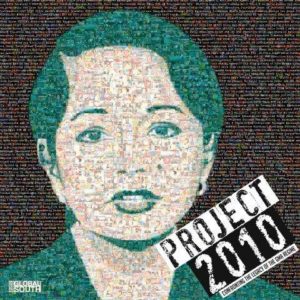 6 July 2010, Manila, Philippines– On the day that Mrs. Gloria Macapagal-Arroyo finally leaves the presidency, think tank FOCUS ON THE GLOBAL SOUTH unveils its farewell present for Glori– a book called “Project 2010: Confronting the Legacy of the GMA Regime.”

PROJECT 2010 is a collaborative initiative of Focus on the Global South and with its friends, colleagues and partners. The book attempts to document key events and unpack important issues that marked the GMA regime.
The publication contains 9 pieces covering the 9 years of GMA. Contributors from various fields and backgrounds—activists, advocates,researchers, writers, journalists and academics– were asked to reflect and write about themes that they have been following and engaging through out the years.

“We shouldn’t forget and we shouldn’t allow the last nine years to simply be swept under the rug. Here, we begin to ask, what happened under GMA? And where do we go from here?” said Jenina Joy Chavez, coordinator of the Focus Philippines Program.

“While it may be difficult for everyone to be in full agreement on allthemes, and indeed Focus on the Global South does not necessarily share all views expressed in this book, we believe nonetheless that at this point, it is important to maintain that the issues, along with their implications, do not end once GMA steps down from the presidency,” added Chavez.

“Through this project, we wish to contribute to what we hope would be an ongoing collective discussion and debate, on the countless issues that surfaced in the last 9 years. Indeed, the project goes beyond this book, and beyond 2010,” stressed Aya Fabros editor and publication coordinator.