Focus on the Global South Position Paper on Climate Change 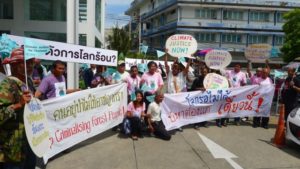 The Link between Emission Cuts, Right to Development and Transformation of Capitalist System

Humanity is running out of time. If there are no deep and real cuts in the next five years the impacts of climate change will lead to a situation ten times worse than what we have seen with hurricane Sandy and other climate change related events in India, Russia, Philippines and Africa in this past year.

That’s what happens with 0.8ºC of global warming, and the current climate negotiations are leading us to a 4ºC to 8ºC scenario.

More than two-thirds of coal, oil and gas should be left under the soil

Different studies say that to limit the increase in temperature to 2ºC, all countries can only emit 565 gigatons of CO2 between 2010 and 2050[1]. At the current rate of 31 gigatons of global CO2 emissions per year, we are going to expend that budget in 15 years.

According to the International Energy Agency, two-thirds of the known reserves of the world’s coal, oil and gas should remain underground to have 50 percent chance of staying below the 2ºC limit.[2] If we want 75 percent chance, we have to leave 80 percent of these reserves under the soil.[3]

To not surpass the limit of 565 gigatons of CO2 until 2050, less than 200 gigatons of CO2 can be sent to the atmosphere from 2010 until 2020. Given this calculation, it is unacceptable and illogical to have a “new” agreement that will only be implemented in 2020, while during this decade, when deep cuts are needed, there will be a “laissez faire” situation in emission reductions with a Kyoto Protocol that is much weaker and has shrunk.

Climate negotiations should agree to leave under the soil more than two-thirds of fossil fuel reserves and negotiate mainly how countries are going to exploit and consume the available reserves taking into account a) their historical emissions and b) their per-capita emission in accordance with the principle of common but differentiated responsibility.

The United States, as the main historical emitter, has to reduce its emissions more than the others. All developed countries called Annex 1 parties should cut, until 2020, between 40 to 50 percent of their emissions based on 1990 levels. These commitments should be translated into concrete targets in coal, oil and gas usage per year

The right to development should be understood as the obligation of the states to guarantee the basic needs of the population and their right to enjoy a fulfilled and happy life in harmony with nature, and not as free ticket for a capitalist consumer society that only caters to the excesses of the few while causing the critical financial, social and ecological situation that we are facing now.

China, Brazil, South Africa, India and other emerging economies should also have targets for emission reductions because at present they are becoming great emitters of greenhouse gases. These binding targets should be lower than the targets of Annex 1 parties, following the principles of historical and common but differentiated responsibility.

Developed countries must immediately transfer funds and technology to assist developing countries to undertake mitigation action and to adapt to climate change. Their contributions should be assessed according to their historical and current contributions to GHG emissions and represent at least 10 percent of their military budget for 2013. These funds are necessary not only for GHG emission reduction but also for adaptation and for prevention of damages and losses in developing countries permanently suffering from the effects of typhoons, cyclones, hurricanes, floods and droughts.

Ending subsidies to the fossil fuel industry and limiting fossil fuels use, although key steps and very important, will not be enough. We also need to stop the advancement of all kinds of false solutions that are equally detrimental to humans and nature like: agrofuels, Genetically Modified Organisms (GMOs), Synthetic Biology,deadly nuclear power, and Geo-engineering, land and forest grabs by big business in collusion with governments in the name of forest protection, and carbon credit trading schemes that traders and polluters love.

The corporations behind these inventions are arrogantly and irresponsibly playing with nature and the planet. The goal of Synthetic Biology to create more life forms than those that exist in nature will have catastrophic consequences. The plan of Geo-engineering to pollute the atmosphere with a different gas to counter balance the effect of greenhouse gases will only worsen the situation of the whole Earth System.

No more speculation with carbon markets

Emission cuts have to be real, without loopholes like carbon markets, offsets or hot air. The European Union ETS (Emission Trading System) has demonstrated that the financial sector does not care about climate change. Carbon credits from ETU, CDM (Clean Development Mechanism) or REDD (Reduction of Emissions from Deforestation and Degradation of forests) are in reality permits to pollute that allow those who are actually contaminating our atmosphere to renege on their obligations. The development of new carbon mechanism for forests, soil and coastal vegetation will only worsen the climate crisis and create new financial bubbles. It is unacceptable that rich countries use climate funding to promote carbon markets through REDD and CDM.

Joint social and environmental struggles to change the balance of forces

The climate crisis caused by the capitalist system is going to be amplified now by its current financial/economic crisis. The capitalist system is seeking to get out of this economic crisis through a process of reconfiguration that implies a new process of exploitation of humans and nature through: a) reduction of social benefits and wages that workers have won through long history of struggles, b) grabbing by corporations of the remaining material part of nature (land, water, forest, minerals, etc.), c) financialization and commodification of the processes and functions of nature (payment for environmental services like REDD, compensation for biodiversity loss, and others), and d) development of technologies to control, patent and profit from biodiversity and ecosystems (e.g. Synthetic Biology and Geo-engineering).

Corporations have captured governments. To confront the interests and power of corporations, our struggle must have as starting point the daily life of the people affected by climate change and not the UNFCCC negotiations. The right to food and water is key component of this fight. A new, intensifying food and water crisis is being triggered worldwide because of climate change. Corporations are seeking to make more profits through food derivatives, GMOs, agrofuels, public-private partnership arrangements in water and other resources, and through other measures. It is only possible to address the issue of food and water if we join social and environmental struggles.

The big challenge of putting a process in place for collective and gradual transformation from fossil fuel-addicted system of consumption and production towards a low carbon society requires also the transformation of the unsustainable capitalist system. The carbon, oil and gas sector can’t be led by the logic of private profit. The power of fossil fuel corporations has to be dismantled and societies, not the state-bureaucrats, have to take control over these resources and enterprises.

To change the patterns of consumption and production we need to move beyond the all-dominating, profit-driven and unsustainable capitalist system that exploits people and ruin ecosystems. We need to keep a livable planet—this planet!

The alternatives to cool the planet come from below

A “one size fits all” model like neoliberalism or centralized bureaucratic socialism is not the answer. Instead, diversity should be expected and encouraged, as it is in nature.

Social groups around the world have a series of alternatives that can help cool the planet. Alternatives like food sovereignty and agro-ecology instead of agro toxics and agribusiness; public transport instead of unsustainable production of cars; durable goods with less use of energy and natural resources instead of products designed for over consumption; local production and consumption to avoid the waste of energy in global transport; de-globalization for the people instead of globalization for the corporations; new balance between agriculture and industry as well as between countryside and city to reverse massive urban slums of rural refugees; social and not private management of the fundamental services. Many of these living alternatives have already been tested to work, while some need the space to be implemented and prove their superiority over the proposed false solutions.

To reestablish balance in the Earth System, we need to abandon the anthropocentric vision of capitalism and recognize that we are only one component of nature and that in order to live a healthy life we need to respect the vital cycles, the integrity and the interdependence of nature by recognizing and upholding the rights of Mother Earth.

[2]International Energy Agency: No more than one-third of proven reserves of fossil fuels can be consumed prior to 2050 if the world is to achieve the 2 °C goal, World Energy Outlook 2012,