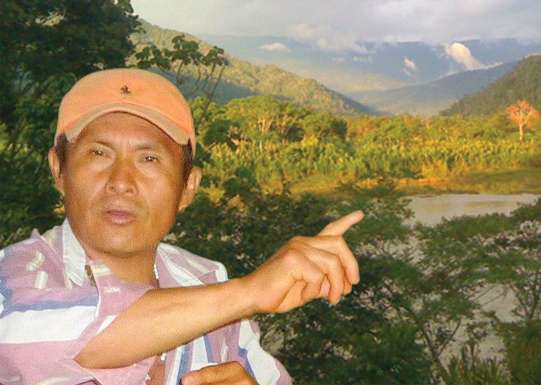 On January 12, Amazon Watch and 13 other environmental and human rights organizations — including Focus on the Global South — urged the Ecuadorian government to ensure a just, transparent, and expeditious investigation into the murder of indigenous leader and anti-mining activist José Tendetza. We also condemned the SWAT team raid on José Tendetza’s house and urge the investigators to refrain from intimidation tactics.

Tendetza was murdered just four days before he was due to travel to the UN Climate Conference in Lima, Perú to denounce the operations of Chinese mining company Ecuacorriente in his territory. If completed, the projects would displace local indigenous and campesino communities and deforest 450,000 hectares of cloud forest.

We, the undersigned organizations, call for a just, transparent, and expeditious investigation intothe tragic murder of Shuar leader and land defender José Tendetza that leads to the prosecution ofboth the material and intellectual authors of the crime. We also condemn the police raid on JoséTendetza’s house and urge the investigators to refrain from intimidation tactics.

On December 2nd, a group of mine workers found the body of José Isidro Tendetza Antún, a ShuarIndigenous leader, tied up with a blue rope and floating in the Zamora River in southeasternEcuador. The Indigenous leader was well-known for his opposition to the Chinese miningcompany Ecuacorriente’s mining projects. Ecuacorriente is the Ecuadorian subsidiary of CRCCTongguan. José had been due to arrive that very same day at the UN Climate Change Conferencein Lima, Perú to raise concerns about the company’s construction of the Mirador mining projectin his community, Yanua Kim.

Tendetza worked for Ecuacorriente until 2006 when he witnessed the company attack a familyand burn down their house. Since then, he has campaigned against the company’s plans to buildan open-pit copper and gold mine that, if completed, would deforest 450,000 hectares of cloudforest and displace local communities, violating the Ecuadorian constitution, Chinese regulationsand international law. As a result of his activism, Tedentza became a target: in 2012, his houseand his crops were reportedly burned and destroyed. He also reportedly received death threatsprior to his murder. According to Amnesty International, the attacks against José were reported tothe local police station, but no one was ever prosecuted. The Mirador mine has led to increasingviolence in the region and Tendetza is the third Shuar mining opponent who has been killed since 2009.

Tendetza went missing on November 28th, the day that he was supposed to attend a meeting withother Shuar leaders about the threat of mining in the region. But he never made it. He wasinitially buried in an unmarked grave without his family having been notified. After his familyand other members of the Shuar nationality complained, his body was exhumed. Despite signs oftorture, Minister of the Interior José Serrano declared that Tendetza was strangled. A commissioncreated by Minister Serrano is carrying out an investigation into his death.

While we welcome the news that the Shuar Federation of Zamora is involved in the investigation,we denounce the use of intimidation by police and District Attorney Rodriguez. On December10th, police armed with automatic weapons arrived by helicopter and raided Tendetza’s home. District Attorney Rodriguez ordered the raid with the purported aim of finding evidence and“arms” that would explain José’s death. Now members of Jose’s community, Yanua Kim, fear fortheir safety. We decry this blatant show of force and urge the investigators to refrain fromintimidating community members. We urge the investigators to lead a just and transparentinvestigation that would ensure justice for José Tendetza and safety for his family and hiscommunity. We also urge the commission to address the role that mining has played inaugmenting violence in the region. 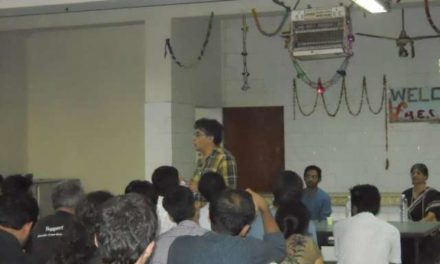 Event: “Impasse at the UN Climate Negotiations: Indian Strategies on the Climate Debate”

WHERE DO WE GO FROM HERE? THE BALI MEETING, AND THE LESSONS LEARNED