AFRICAN PARLIAMENTARIANS DEMAND DEVELOPMENT FROM THE THE WTO

Ministers from the African Union will be gathering in Arusha 23-24th November to discuss their positions for the coming WTO Ministerial in Hong Kong (13 – 18 December 2005). A group of Eastern and Southern African Parliamentarians attended a Roundtable in Arusha which was organized by Southern and Eastern African Trade Information and Negotiations Institute (SEATINI) and Institute for Global Dialogue (IGD). Parliamentarians call on Ministers to keep development – livelihoods and employment – high on the agenda.

The US and EU are still heavily subsidizing their own farmers to overproduce and dump on the African market. The “offers” on the table from these major trading partners do not amount to real cuts in subsidies.

Sheila Kawamara, Member of the East African Legislative Assembly comments: “The African Ministers should remain firm. They are representing the majority of the world’s poor and the livelihoods of people are at stake. Our agricultural sector is being threatened by the US and EU. These countries are hood-winking us into a policy that is going to further destroy the livelihoods of our farmers in Africa. The dumping will flood our African markets and cause rural unemployment, instability and inevitably, conflict.

“As African parliamentarians, we are calling upon our Ministers that Africa should not be forced to cut our tariffs on agriculture until the US and EU have substantially eliminated their trade distorting supports which are still in place”.

Africa’s priority is to build the capacity of our local suppliers. African Ministers must maintain our stand and insist on retaining the flexibilities in the WTO’s General Agreement on Trade in Services (GATS). The EU and US are currently pushing for aggressive liberalisation of Africa’s services sectors.

Abdirahin Abdi of the East African Legislative Assembly comments,
“Our ministers must not be coerced to undertake a formula to open up our services sectors or to enter into plurilateral or sectoral negotiations. This will lead to undue competition in our local markets from the already developed international service providers. If we are forced to open up prematurely, foreign service providers will suffocate our young and growing services industries.”

Countries that have developed have one time closed their markets until they have become competitive. African Ministers must ensure that local industries are given ample protection to develop the industrial sector to a level where they are more competitive on the world market. The proposed tariff cuts and bindings in the WTO NAMA negotiations, pushed by US and EU, to bring tariff levels down to 10 – 27% are a tool that will suffocate industrial development in Africa.

The rich countries are coming to Hong Kong with packages of aid to “persuade” our Ministers to agree to an agenda that will allow foreign companies to take over our agricultural, services and industrial markets.

According to Sheila Kawamara, “We do not want aid for trade, we want aid for production, to boost our local supply capacities. But if the donors are genuine, they will not be mixing this agenda up with the WTO agenda in Hong Kong. By handing out aid on the one hand, and making liberalisation demands on the other, aid becomes a tool of coercion”.

Sisa Njikelana, Member of Parliament from South Africa “Whilst we recognize and applaud the good work by our Ministers hitherto, further efforts must be made to ensure that active participation of both civil society and parliamentarians is integrated into the WTO process. We want a process that allows for sufficient oversight and public participation. It therefore becomes imperative that African countries invest in the strategic empowerment of parliamentarians and civil society in order for us to participate meaningfully.

“We call upon African Union ministers to maintain a high level of unity and solidarity before and during the Hong Kong Ministerial in order to safeguard the interests of the majority of poor people in Africa.”

Economists Tell New Philippine President: “There is no Alternative” 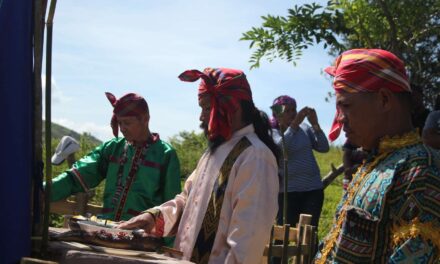