A FESTIVAL OF THE OPPRESSED

By Alex Callinicos LONDON, [England], Jan 23 – Returning to London from Bombay was like moving from technicolor to black and white. Bombay’s ferocious but friendly vitality is mind-blowing at the best of times, but when this is combined with the diversity and energy of the Indian movements represented at the fourth World Social Forum (and the noise and colour of their demonstrations), the effect is to produce a surge of adrenalin that will keep me (and, I’m sure, lots of others) going for a long time to come. Truly this was a festival of the oppressed.

Everyone agrees that the WSF has been the most enormous success. How right it was to move from Porto Alegre! Staying there for a fourth year might have led to a routinized and bureaucratic Forum. And by going to India the WSF has ceased to be a Latin American-European affair. It wasn’t just the wealth of Indian movements that made the Bombay WSF such a success – it was the very strong presence from the rest of Asia. Tibetan monks, South Korean socialists, Nepalese Dalits jostled in the dusty cheerful lanes of the WSF site.

But there are other signs of success. Joseph Stiglitz, Nobel prize-winner, chairman of Clinton’s Council of Economic Advisers and ex-chief economist of the World Bank, came to Bombay to outline the case for a more humane and regulated capitalism o­n the same platform as the Indian Marxist economist Prathap Patnaik, who lucidslu argued that capitalism can’t be reformed, the great critic of imperialism Samir Amin, and two socialist activists, Dita Sari from Indonesia and Trevor Ngwane of South Africa. That a former senior US official came to debate with us is a real tribute to the movement’s power.

Meanwhile for sheer spectacle, nothing could beat the opening ceremony, as tens of thousands sat listening to speakers like Arundhati Roy and Jeremy Corbyn amidst an Indian night illuminated by the screens that projected huge images of the speakers to the crowd.

But what light did the Bombay Forum throw o­n the development of the global movement? First of all, the long-standing debate over the relationship between social movements and political parties was given a different modulation. In Porto Alegre the presence of the Workers Party (PT) was so all-informing that it could be taken for granted (Olivio Dutra, o­ne of the founders of the Brazilian Forum and now Minister of the Cities in Lula’s government, represented the PT in Bombay). India has the largest Communist movement in the world – two mass parliamentary parties, the quasi-Maoist Communist Party of India (Marxist) and the Communist Party of India (pro-Moscow in the days of the USSR), plus various Marxist-Leninist (M-L) organizations that often lead very large and militant movements in different parts of the country. The WSF couldn’t have happened in India without the support of

A related issue concerned the participation of NGOs in the WSF. Relatively uncontroversial in Brazil, this was hotly contested in India where much of the left have developed a fierce critique of the NGOs for creaming off activists into well-paid bureaucratic jobs and confining the movements they back to relatively narrow issues. This critique – plus the WSF’s exclusion of armed struggle groups (some M-L organizations are still involved in guerrilla campaigns in some regions of rural India) – was used to justify the organization of two rival forums, o­ne of which (Mumbai Resistance 2004) took place at the same time as the WSF. It was a flop, attracting a few thousand compared to the 100,000 who thronged the WSF – yet more evidence that cultivating revolutionary purity for its own sake merely isolates you from those whose interests you claim to represent.

The greatest index of the Forum’s success was the extensive participation of movements of the most oppressed groups of Indian society – the Dalits (untouchables) and lower castes. Some of us northerners seem to have reacted to what admittedly was an overwhelming romanticism by slipping into an easy romanticism, portraying the Dalit/lower-caste movements as a kind of spontaneous upswelling from below. But caste is an immensely complex phenomenon, and so is its politics. It is a symptom of the failure of the Indian left – what many activists I met described as its sterility and (in the case of the CPs) integration into the state – that it seems to have little connection with these movements.

But the M-L criticisms have some validity: some Dalit-lower caste coalitions are controlled by the Western NGOs that finance them; it was obvious from the banners that often prominently displayed the name and even the image of the movement’s president that organizing the oppressed can become a vehicle for political entrepreneurship and clientilism; and movements to organize the Dalits and the lower castes have become integrated in complex ways in India’s highly fragmented and corrupt political system.

But if this complexity is very Indian, the gap between the left and the most oppressed of this huge society does underline the challenge facing the entire movement of movements: how to expand not simply geographically but socially, how to reach deep into the exploited and excluded and help them to emancipate themselves.

In this context, I’d like to comment o­n Milan Rai’s posting ‘Neolibalism, war and the significance of the WSF’. Here he endorses the view, put forward by two of the Forum’s originators, Chico Whittaker from Brazil and Bernard Cassen from ATTAC France, that the Social Forums should confine themselves to serving as a space for discussion and education, and should therefore keep the social movements at arm’s length. Like them, Milan is critical of the Assembly of the Social Movements, which has issued calls to action at the end of each World and European Social Forum.

Before endorsing this judgement we should consider what results the Assembly has produced. At the first ESF in Florence in November 2002 it issued the call for a day of protest against the war in Iraq o­n 15 February 2003. At Porto Alegre the following January the anti-war and activists’ assemblies turned that into a global call. We know the outcome: the biggest day of international protest ever, which led even the New York Times to acknowledge the emergence of a ‘second superpower’. Here in Britain the shock waves from the anti-war protests last spring are still sweeping through the official political system, but 15 February has broader implications than that.

So the anti-war and activists’ assemblies have proved to be a useful tool for mobilization. In the case of the Bombay WSF, thanks particularly to Focus o­n the Global South, Via Campesina, and the Stop the War Coalition in Britain, they produced calls to action against the occupation of Iraq o­n 20 March and against the WTO in April.

That doesn’t mean the assemblies are perfect. Milan is right to say that the forms of decision-making involve an unsatisfactory compromise between the majority principle and consensus. But this simply points to a larger issue, which is that the norm that decisions in the movement are taken by consensus is cracking under the strain of the challenges we are now facing. This is a problem that we are going to have to solve fast.

Beyond that, the existence of various activists’ assemblies is a consequence of the principle that the Forum as a space that doesn’t take decisions. I think that this is a piece of metaphysics that may have helped to bring together very different forces together in the initial phases of the WSF but that doesn’t make much sense now. Pace Whittaker and Cassen, the Forums live through the interplay between all the debates, seminars, workshops etc that they offer a roof to and the movements and the calls to action to which they give rise. Rather than making a fetish of organizational norms devised at a much earlier phase of the movement of movements’ development, we should be looking for ways that promote this interplay while maintaining our unity.

Much more could be said about all this, since it reflects the debates going o­n among activists and intellectuals involved in both the WSF and the ESF processes (and elsewhere as well, for all I know). But I want to conclude by emphasizing just what a stunning success the Bombay WSF was and by thanking all those responsible. They have thrown down a huge challenge to themselves to capitalize o­n their own achievement, and they have set a new standard for the rest of us to aim at. 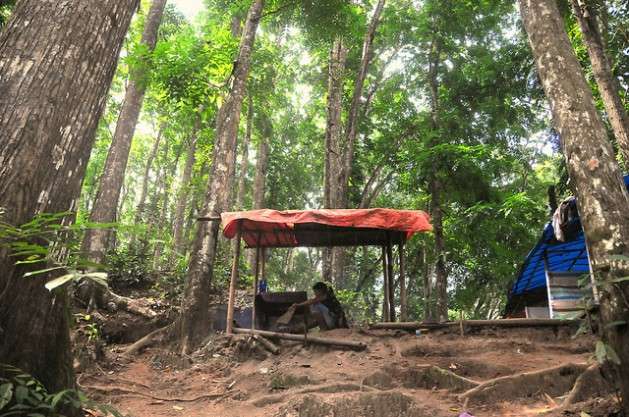